American Made
By: Bill Gibron

...But Scientology Trained!
Buy It From Amazon
Buy It On DVD
Buy It On Blu-Ray

What is it with Tom Cruise? Sure, his adoration of Scientology certainly rubs people the wrong way, but he’s been in so many memorable movies and big time box office hits that his personal beliefs shouldn’t effect his star power. And yet, every time another project is announced, critics and pundits pull out the same set of slights. There’s no doubting his onscreen presence. He can elevate even the most mundane material (unless it involves a Mummy), and when required to act, he can deliver a devastating performance. Granted, he tries not to mess with the brand, but sometimes, he stretches his already established persona in pleasing, unexpected ways.

Take his latest, American Made. Playing a pilot recruited by the CIA to fly covert missions under specious motives, his Barry Seal is as far from Ethan Hunt or Jerry Maguire or Lt. Pete “Maverick” Mitchell as any role can get. He’s a screw up. He’s a wash out. He’s the non-quintessential Cruise character. Working again with Doug Liman, who guided the actor through one of his very best efforts (Edge of Tomorrow), the shimmering superstar could be accused of falling into the “playing dirty” concept of casting. Take a polished Hollywood name and dumb them down, make them over as “ordinary” and unexceptional and maybe you’ll hear mentions come awards season.

Well, Cruise and American Made won’t be setting the Oscars on fire, but this is definitely a nice diversion for the actor and his fan base. It’s a self-mocking turn, allowing for some obvious humor and a few sly winks as the audience. His Seal is highly-fictionalized, and you can almost see Cruise trying to accent the goofball elements in the script. The story starts with our amiable anti-hero as a regular pilot, being recruited by the government–and working with handler Domhnall Gleeson–and then finding himself in Dutch with the drug cartels. Soon, he is running cocaine, running guns, running from the Feds, and running back to his family and long suffering wife (Sarah Wright) to make sure they are safe.

There’s no doubt that Cruise is both in and out of his element here. He is relishing the chance to do something that, at least at the outset, seems very different indeed, but then Liman steps in to make sure his megabuck millionaire is always safe. The movie is fun, but it’s also a bit of a stretch. Cruise commands the screen no matter what he does. That’s a given. What may confuse viewers is how he allows his otherwise squeaky clean image and toothsome smile to suffer under Seal’s constant chaos. This makes the character hard to really root for. We expect some of the darkness that creeps into this lighthearted romp, and thanks to Liman’s desire to keep things moving, we don’t have time to actually contemplate what’s going on. But it’s still there.

For many in the industry, something like American Made would be viewed as a comeback, an attempt by a once big time box office heavy to regain the confidence of the crowd. But Cruise doesn’t really need this, considering that he constantly reboots his bankability with the next Mission: Impossible movie. In fact, he always seems to be able to pull himself out of the dog house doldrums Fans may not have been expecting wacky from the man whose made a living out of keeping things carefully in control, but it is refreshing to see Cruise let his hair down. American Made may not be truthful, but it is a treat. And it’s further proof of the calculated career of the controversial man at its core. 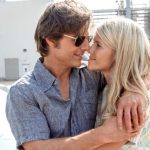 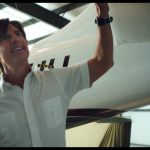 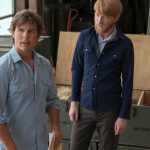