Is the safety off?
Buy It From Amazon
Buy It On DVD
Buy It On Blu-Ray

The travails of a professional killer are typically the stuff of sound cinematic entertainment. As long as you deliver the action, and do so in a satisfying manner, you’re capable of keeping the audience with you no matter how long your narrative runs. But what if your story merely meanders, aimlessly moving from killing to killing without giving us stakes or someone to root for? The answer is American Assassin. For a film based on the current obsession with terrorism, it seems way too old fashioned. The plot is cliched and the characters come straight from a cookie cutter.

Our hero is Mitch Rapp (Dylan O’Brien), a angry young man made even more upset when his girlfriend is killed by Islamic extremists. Desperate for revenge, he goes online and infiltrates the cell responsible for the attack. Before he can exact his payback, U.S. Special Forces step in. Rapp is taken to a CIA safe house where he is debriefed, and wouldn’t you know it, he is asked to join a special mission lead by former Navy SEAL and Cold Warrior Stan Hurley (Michael Keaton, chewing the scenery). Their goal? To prevent the use of nuclear materials in the making of a bomb aimed at the Middle East.

When you learn that one of the turncoats involved in plotting is played by Taylor Kitsch, you instantly understand why American Assassin fails. The one time “next big thing,” who appeared in several major box office duds (John Carter, Battleship), has a knack for picking scripts that just don’t translate from the page to the screen. You can see what would draw someone to this material. It has all the hot button issues that clog contemporary headlines with the promise of action and stunts o’plenty. Sadly, the man in the director’s seat, Michael Cuesta, is just not up to the challenge.

Cuesta’s last film was Kill The Messenger, the true story of how the CIA targeted urban areas for the ’80s cocaine epidemic. It featured Jeremy Renner as journalist Gary Webb, and was aimed at awards season. It ended up being barely capable of a direct-to-DVD release. American Assassin is not out to rewrite the rulebook on the international thriller, just deliver the goods. But Cuesta once again proves incapable of even that. He has the action genre requirements down, but just can’t deliver them in a convincing manner.

The best thing here is Keaton, who sees the drywall on each set and settles in for a mouthful or four. He loves all his pro-guns, pro violence screeds and relishes being the irrational voice of right and might. The script, credited to four different writers, can barely get past those basics, however. It repeats the same “vengeance is harmful to the soul” stuff to the point where we can tell when and where it will pop up again. As for Kitsch, he is actually OK here. His arms dealer character gives the film some punch, but it’s not enough to keep us engaged. Instead, American Assassin relies on its premise to provide the main entertainment value, and on a singular level, it does.

Still, the fighting and firearms are not enough to make American Assassin more than a dumb diversion. It’s one of those experiences that you have to be ready for, where your expectations are low enough that it meets your needs without venturing into territory that is deeper or more meaningful. I t looks in the direction of current headlines without saying anything relevant about them, and preaches brutality over more common political practices like diplomacy and sanctions. Back when cable was king, something like American Assassin would be on permanent display across Cinemax or HBO. Today, its just a tired retread. 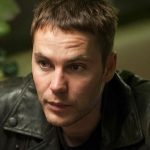 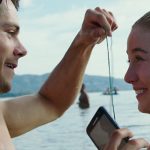 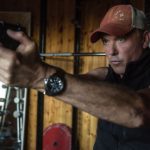