Alexander and the Horrible, Terrible, No Good, Very Bad Day
By: Bill Gibron

Better do what Disney says... or else.
Buy It From Amazon
Buy It On DVD
Buy It On Blu-Ray
Buy The Book

One of the most exhausting experiences an adult film critic can have is sitting through a movie made for kids, especially little kids. While the studios say they want our input, by its very nature, something made for the wee ones shouldn’t resonate with a mature moviegoer. It’s a battle of wasted wills with the elder always looking like the cynical old coot and the parents complaining about us “not getting” the needs of their post-diapers offspring.

Well, the good news is that the big screen adaptation of Judith Viorst’s slight 1972 children’s book Alexander and the Terrible, Horrible, No Good, Very Bad Day (or AATTHNGVBD for short) is a likable enough entertainment. It’s got some cute moments and some affable characters. On the other hand, it’s really nothing more than a Disney Channel cable movie blown up for the big screen. How you feel about the preceding sentence will tell a lot about your reaction to this equally trivial cinematic experience.

Our hero (newcomer Ed Oxenbould) is a typical kid in a typical movie family. His stay-at-home father (Steve Carrel) has been recently laid off from the aerospace industry and his mother (Jennifer Garner) is a PR person at a publishing house. His big brother (Dylan Minnette) is obsessed with dating the most popular girl in high school (House of Mouse queen Bella Thorne) while his sister (Kerris Dorsey) is driving everyone crazy preparing for the lead role in the musical version of Peter Pan. There’s also an obnoxious baby brother.

On this particular morning, Alexander wakes up with gum in his hair. He then finds out that his birthday party is being usurped by a gathering given by a far more popular kid. After setting fire to the science lab — and the notebook of his own personal crush (Sidney Fullmer) — and seeing a silly photoshopped image of himself go viral, he gets no sympathy from his relatives. Wanting them to experience the same terrible, horrible, no good, very bad day that he has just had, he makes a wish. Sure enough, the following morning, Alexander’s life straightens out while the rest of his brood starts to suffer.

While it should be wilder, funnier, and overall more enjoyable than it is, AATTHNGVBD manages to expand on Viorst’s limited narrative without insulting the intelligence of the demo or the doomed adult forced to spend their Saturday at the Cinema. It’s light, breezy, and doesn’t tax the still developing brainpan. Think of a John Hughes movie without genuine wit and you get the idea. Instead of inventing physical gags that grow more and more insane as the story moves along, writer Rob Lieber and director Miguel Arteta (Chuck and Buck, Youth in Revolt) keep everything dialed down. Even a finale featuring a CG kangaroo can’t build up a decent head of Chaplin/Keaton steam.

Still, there are moments to savor in this otherwise empty cotton candy confection. Carrel comes across as both harried and humble, a man who’s making the best of his strive toward personal “positivity.” Garner is given little to do except act shocked, while the rest of the adults are equally interchangeable. Of the kids, only newcomer Ed Oxenbould stands out. With a slight lisp accenting his words, he’s the right combination of guide and goof-off to give the kiddies someone to identify with. He’s not whiny or weak, just miserably misunderstood, and by the end, everything in his seemingly sunny life is back to normal. No harm. No family film foul. He even earns our sympathy, though such emotion is rare here.

Certainly everyone has had a day as bad as Alexander and his family. Many have had much, much worse. Conversely, there are a lot of films out there better than this exaggerated excuse for laughs. And similarly, there are a lot, lot worse. 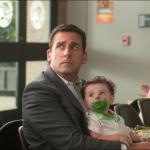 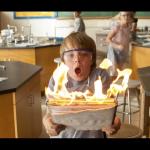 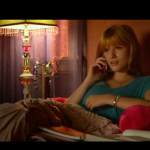