That's not a sky rocket.
Buy It From Amazon
Buy It On DVD
Buy It On Blu-Ray

With several standout supporting comedic roles on her resume, Kathryn Hahn (We’re the Millers, Parks and Recreation) proves herself more than capable of carrying a film in writer-director Jill Soloway’s Afternoon Delight. Through all the deviations in tone and problematic pleadings to sympathize with a well-off Los Angeles housewife’s sexual frustrations, Hahn is composed enough in her character’s depressive state for us to follow along. Where (and how) we’re led by Soloway feels false and ultimately unsatisfying.

The opening scenes bear the weight of a too carefully concocted setup. Hahn plays Rachel, a bored woman introduced inside her car at a carwash. In a blunt representation of her lack of control, Rachel hops from the driver’s seat to the passenger seat, and finally all the way to the back. She’s but a mere passenger in her own life. Immediately following this, Rachel is shown in close-up in her therapist’s office, feeling guilty and comparing her slight, First World problems to the horrors of life in Darfur. It’s an odd method of ingratiation.

Rachel lives a sexless life with overworked husband Jeff (Josh Radnor), spending her time reluctantly volunteering for community fundraisers and blabbing with fellow moms at her young son’s school. In an attempt to spice things up, she follows the advice of friend Stephanie (Jessica St. Clair) and takes Jeff on a date to a strip club. A magical lap dance from McKenna (Juno Temple) awakens something within Rachel, who stalks and then forms a friendship with the young stripper. Idolizing McKenna as a representation of her muffled desires, Rachel moves the pole dancer into her posh contemporary marital home, presenting her as the nanny.

First viewed as an opportunity for new vitality, McKenna is a catalyst for Rachel’s tumble into the abyss. Flippantly revealing she’s not just a stripper, but also a “sex worker,” McKenna is a questionable ideal. Fed up with an absent husband and empty chats with neighborhood yentas, Rachel tags along on a visit to one of McKenna’s trusted johns. From here, Soloway doesn’t know where to go, turning the final act into a messy bottoming out.

There’s a subversion of the played out hooker-with-a-heart-of-gold narrative, shown concurrently with the boozy revelations of a repressed Rachel. Context and subtlety are completely lost when the overly-constructed and almost pensive first two-thirds of Afternoon Delight melt into a chaotic, mean-spirited cleansing. It’s an unnecessarily aggressive slate-wiping for what seem to be rather routine hang-ups. I suppose the moral is: If you want to jumpstart your sex life, make a few really bad choices – maybe even bring a lady of the night home – and eventually you’re bound to reach a catharsis. You may burn a few bridges or bring down some of those closest to you, but hey, you might get laid.

Aside from a few amusing early scenes with St. Clair as Stephanie, satellite characters appear as functions of the plot, particularly in the artificially forged ending. Temple displays a likable sweetness that is appropriately tenuous, but her sharp turn to spiteful vixen is unearned. Radnor barely registers as Jeff, which in a way may be the intent, but a distant husband turned great guy should at least have a pulse before morphing into necessary redeemer. The only constant is Hahn, though the nervous energy in her performance can’t overcome the shortcomings of a movie so obtuse in its observations of modern marriage.

The Afternoon Delight Blu-ray includes audio commentary with Soloway and Hahn, deleted scenes, and a making of featurette. 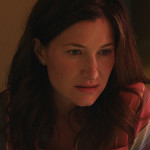 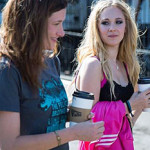 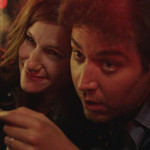