After the Storm
By: Paul Brenner

I can't understand it. I ordered the pizza an hour ago!

At one point in Hirokazu Kore-eda’s After the Storm a character remarks, “We’re having too many typhoons this year” and by that point in the film you know that the character is referring to more than a weather pattern. The twenty-fourth typhoon is set to hit the Tokyo suburbs, along with a family unit that is ready to blow apart at the seams.

Kore-eda’s films are neo-Ozu/proto-Naruse family dramas of simple textures that disguise churning family dynamics and Kore-eda’s new After the Storm is a compendium of themes from past films like Still Walking, I Wish and Like Father, Like Son, featuring actors who have made appearances in previous Kore-eda films.

Hiroshi Abe, tall and lanky with moony, despairing eyes, is Ryota, about to turn fifty and a mess. His father has just died and his mother Yoshiko (the sardonic and sassy Kirin Kiki) is throwing out her husband’s belongings but holding onto her regrets. Fifteen years earlier Ryota had written a prize-winning novel and has been living off his dwindling glory ever since. Ryota works at a seedy detective agency, claiming to do research for a book but has been at the agency way too long and hasn’t written a word. Ryota is divorced from his beautiful wife Kyoko (Yoko Maki) and loves his young son Shingo (Taiyo Yoshizawa) and wants to reconnect with him but Kyoko is seeing another, steadier man and is ready to remarry. Ryota lives a shabby existence and visits with Yoshiko, but he creeps around her apartment looking for hidden money or objects to hock. With the recent family tragedy and Ryota’s precarious life, Ryota wants to change and get back into his son’s life, now desperately. But Kyoko forbids Ryota from seeing Shingo again if Ryota can’t come up with the child support payments, which rattles Ryota: “To see my son, I’ll cross a tightrope.”

Ryota doesn’t have to cross a tightrope because the typhoon is ready to hit and when Ryota and his ex-family end up at Yoshiko’s apartment and ride out the typhoon together, the broken family draws closer.

Kore-eda in After the Storm prefers positions the camera mostly in two-shots with characters reacting to each other, emphasizing their meek attempts at communication. Most of the film (and all of it after the storm hits) takes place in Yoshiko’s cramped apartment and architecture bears down on the family and the characters have to confront their relationships; it’s such a small place they have to say something to each other. Kore-eda is quiet and the shots are still, waiting for responses. There are no Actor’s Studio confrontations here. The revelations are subdued. At one point, when Yoshiko begins to cry, it is louder than the oncoming typhoon.

The family in After the Storm confront their expectations and see that their lives are not what they had hoped they would. Ryota writes on a Post-It note, “Why did my life turn out like this?” Another character remarks, “I really can’t understand why things turned out like they did.”

After the Storm exposes unrequited family dynamics and during the typhoon the family comes to terms with their unrealistic goals for each other. Families have unresolvable faults and the characters learn to make the best out of their bad situations. Yoshiko has that revelation as she is talking to Ryota, telling him that the secret of living is to find so kind of joy going forward day by day. “I just said something deep, didn’t I?”

Kore-eda in After the Storm calls for rejecting past mistakes and future hopes and seek connections in the now. Love and emotions can’t be recaptured or anticipated. Like Ryota and his family, gather round the family dinner table and look each other in the eye, a hopeful declaration in this insular world of technology and social media. 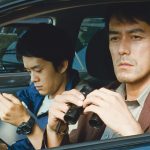 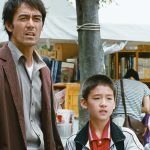 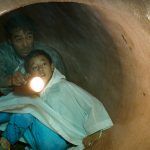