After Earth
By: Bill Gibron

The twist: It's actually earth the ship lands on, but in the future! (Oh, wait...)
Buy It From Amazon
Buy It On DVD
Buy It On Blu-Ray

Apparently, studios don’t know any better. You’d figure after outright disasters such as The Lady in the Water, The Happening, and The Last Airbender, no one would be wanting director M. Night Shyamalan to helm another film, let alone a multimillion dollar summer tentpole. Still, when Will Smith talks, everyone immediately bows down to his A-list international superstar wishes.

This would sort-of explain away After Earth, though the level of lousiness here is beyond actual rational comprehension. It would explain Smith forcing his no-talent son Jaden on us once again. It would explain why the storyline, credited to Smith, stinks of sloppy, half-baked sci-fi… and it would explain how a man responsible for a literal illustration of the law of diminishing returns continues to get work in an industry that only rewards immediate success. The Fresh Prince demands and no one dare deny him.

We are told that the story is set 1000 years after Earth has been abandoned as uninhabitable. Humanity is shacking up on Nova Prime, and (wouldn’t you know it) an alien race swoops in to try and finish the job global warming and the arms race couldn’t. The ETs bring massive, blind bug-like creatures who sense human fear to clean up the remaining people. After the “war” is won by us, we meet wannabe space Ranger Kitai (Jaden) and his idolized father Cypher Raige (Will).

The former is known as inexperienced but very eager and green. The latter is a legend, since his ability to control his emotions allows him to battle the extraterrestrial beasts with ease. There is a distance between them since the death of close family member. While on a routine mission, an asteroid field brings down the pair’s ship. Crash landing on an Earth now inhabited with wild animals evolved to kill humans, Kitai must retrieve an object several kilometers away from his injured dad, less they both wind up victims of these vicious beasts.

Starting off scattered and just getting stupider from there, After Earth is bound to be the first official bomb of the summer of 2013. It offers none of the “wow” factor we’ve come to expect from CG-inspired speculative fiction and features a story so preposterous that it dares you not to laugh. Initially, this wasn’t supposed to be a future shock survival story. But Smith, after conceiving a straightforward man vs. the elements narrative, then got the bright idea to take things high tech.

The result is a piecemeal approach that constantly gets in its own way. With Smith Sr. sitting back, more or less acting as a placeholder for his son’s lack of onscreen charisma (the boy has one facial gesture — let’s just call it “slight stomach ache”), everything is left up to the kid, and this is where After Earth crashes and burns.

Indeed, you can’t expect Jaden Smith to carry an entire action adventure epic, especially when his character is conceived of as a shrill little whelp who feels a sense of entitlement because his dad is such an interplanetary badass. Perhaps with an actor — repeat, actor — of considerable child star skill, we’d get on board. We’d hope for a last-act transformation from whiner to winner and a hero moment to remember him by.

What we get instead are more M. Night nods to better directors (what’s with the slo-mo and the overcranking toward the end?) and effects which aren’t very special. In fact, for a planet that’s had 1000 years to evolve efficient killing machines, Kitai only battles a gang of angry baboons, a massive hawk, and some mutant bobcats. Where’s the deadly plants and ravenous sea monsters?

For his part, Shyamalan proves that the success of The Sixth Sense was, indeed, a one-hit wonder. Considering how bad his recent work has been, After Earth was doomed by the decision to hire him. Add in the Smith family hubris and you’ve got one big fat fiasco. 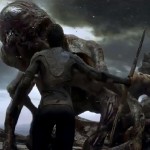 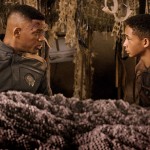 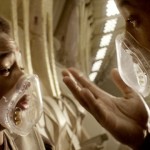 2 thoughts on “After Earth”