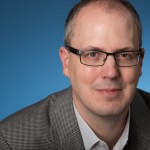 Christopher Null thought this web thing sounded like a pretty neat idea back in 1995 when he started Filmcritic.com, one of the world’s first movie review websites and ultimately one of its most influential. American Movie Classics (the Mad Men people) acquired the site in 2009. Film Racket is his latest entertainment endeavor, the culmination of over 20 years of writing about film. Null is also the author of Five Stars! How to Become a Film Critic, the World’s Greatest Job and is a founding member of the Online Film Critics Society. He has also written prodigiously for other media, including Wired, PC World, and Executive Travel magazine. His other labor of love on the web, Drinkhacker.com, is a daily blog about all things wine and spirits. 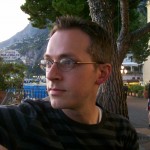 Having long ago decided against being a responsible and contributing member of society, Chris Barsanti writes for just about any publication that will have him. A member of New York Film Critics Online and the Online Film Critics Society and regular contributor to Film Journal International and PopMatters, he has been published everywhere from Playboy and Publishers Weekly to the Chicago Tribune and the Barnes and Noble Review. He is the author of the books Filmology and Eyes Wide Open 2012. His personal website is chrisbarsanti.net. 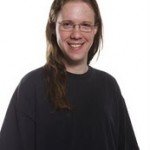 Josh Bell is the film editor of Las Vegas Weekly, and has written about entertainment for About.com, Comic Book Resources, Kirkus Reviews, and other publications. He blogs about movies, TV, and comic books at signalbleed.blogspot.com. 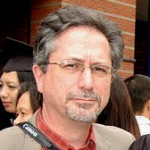 Paul Brenner began writing about movies during the Ford administration in an effort to forget about Watergate and disco music. In the intervening decades, Brenner has written a massive amount of movie and DVD reviews for print publications and websites, including The Encyclopedia of Film, The Motion Picture Guide, Magill’s Survey of Foreign Language Cinema, AOL, MediaScreen, and Filmcritic.com. He has also co-written screenplays for several award winning short films, along with short stints in Hollywoodland. His day job is as a video production administrator at a university in New York City, a position he has held since the Reagan administration. The next time there is a Republican administration he plans to retire. 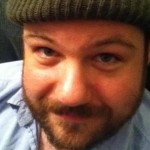 Chris Cabin is a freelance writer currently residing in Queens, New York. His work regularly appears on Film Racket and Slant Magazine, and formerly on Filmcritic.com. He doesn’t know Joey Bag o’ Doughnuts and doesn’t care to know him. 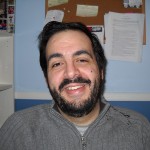 Pete Croatto (@PeteCroatto) got his start reviewing movies for Filmcritic.com in 2000 and was a senior critic there from 2002 to 2007. Currently, he writes reviews for two Pennsylvania-based publications, ICON and The Weekender. His work, ranging from essays to reported features, has appeared in Grantland, The Christian Science Monitor, The Millions, MAD, Publishers Weekly, Philadelphia, and Deadspin. He blogs regularly at whatpeteswatching.blogspot.com. 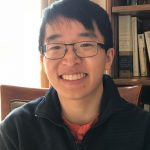 Andrew Emerson is a University of Chicago student, an incorrigible bookworm, and a religious consumer of political news sites. His high school English teacher once asked him to read a batch of Roger Ebert’s reviews for class – and he’s been hopelessly fixated on the idea of writing about movies ever since. A member of the Chicago Independent Film Critics Circle and the Online Film Critics Society, Andrew also contributes articles to PopMatters and Third Coast Review. 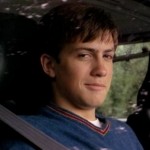 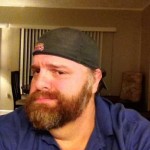 For the last 11 years, Bill Gibron has been a nationally-recognized film critic. His work has appeared in publications around the world, including stopovers at Filmcritic.com and PopMatters.com, as well as the McClatchy-Tribune Syndication Service. As a member of the Online Film Critics Society, The Southeastern Film Critics Association, and the Florida Film Critics Circle, he’s known for his smart and sometimes irreverent takes on the cinematic art form. Making his home in Tampa, Florida, Bill continues to keep track of current releases while digging into the wide array of cult, indie, and exploitation offerings that keep the medium alive. His favorite genres are horror, sci-fi, and anything experimental. 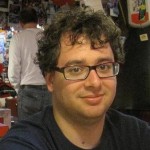 Jesse Hassenger was born and raised in Saratoga Springs in upstate New York, which is why he gets really excited whenever a movie mentions Albany, Stewart’s, or Price Chopper. Now he lives in Brooklyn, writes film criticism, edits textbooks, and labors over short stories. His film criticism has appeared in PopMatters, The L Magazine, Filmcritic.com, and now Film Racket. His short fiction has appeared in Southern California Review, Westchester Review, Brooklyn Review, and Dirt. For information on what albums he may or may not be listening to and how recently he’s eaten cake, you can follow @rockmarooned on Twitter. 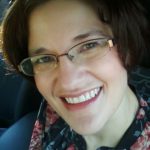 Valerie Kalfrin is an award-winning journalist who has written online since the 1990s launch of APBNews.com, where she worked with Pulitzer Prize-winner Sydney Schanberg. She’s the author of Quicklet on “The Closer” Season 1, available on Amazon.com, about the groundbreaking crime series on TNT starring Kyra Sedgwick. An emerging script consultant, she’s lectured at screenwriting workshops and has written for publications such as The Guardian, Bright Wall Dark Room, The Script Lab, the Final Draft blog, The Tampa Tribune, The Tampa Bay Times, Time Out New York, and Poynter.org. A New Jersey native with a soft spot for Brooklyn (particularly the sfogliatelle of Carroll Gardens), she is a member of the Florida Film Network and lives in the Tampa area. 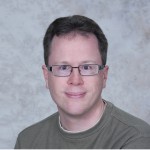 Mike McGranaghan is a film critic hailing from the great state of Pennsylvania, home of the Liberty Bell and Hershey bars, among other things. His reviews appear weekly at AisleSeat.com, and also on the radio stations of Sunbury Broadcasting Corporation, where he goes by the air name “Movie Mike” (because McGranaghan is not a particularly radio-friendly name). Mike was additionally a regularly-contributing critic on Current TV’s now-defunct movie review program, “The Rotten Tomatoes Show.” He is a member of the Online Film Critics Society, and the winner of a Pennsylvania Association of Broadcasters award. Mike’s work has been published in Paracinema magazine and on PennLive.com. He is also the author of a book of film-related essays called Straight-Up Blatant, which is available in paperback and Kindle editions on Amazon. You can find Mike talking about movies frequently on Twitter: @aisleseat 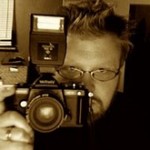 It was those late nights watching obscure independent titles and early mornings watching Siskel & Ebert in syndication that propelled Jason to a film obsession that hasn’t subsided, but rather grown more all-consuming. A graduate of the Wright State University’s Motion Pictures program, Jason has worked on both sides of film industry, directing short films that have been featured at festivals and writing formal criticism and analysis in essays presented to three Pop Culture Association conferences. A professional critic since 2009, Jason’s work first appeared on Filmcritic.com, and he now serves as a Senior Critic/Awards Guru for nextprojection.com, where he also hosts a weekly podcast, ProjectionCast. You can also catch Jason opining about all things film on Twitter: @CinemaSquared. 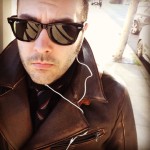 Matt O’Connell (@Jefferson_Smth) is a writer, editor, and filmmaker. He has produced a feature film and countless shorts, and his written work includes screenwriting, advertising and marketing copywriting, film criticism, technology journalism, event coverage, and more. He holds a BA in Film from Boston’s Emerson College and currently lives in California, with the rest of the beautiful people. 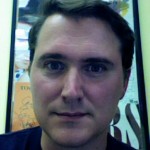 Sean is a nationally recognized film critic whose reviews have been published in print (The Washington Post, USA Today) and online (Filmcritic.com, MSN, CinemaBlend) since 1996. He’s a weekly contributor to several national radio programs, and reviews films for NBC in Charlotte, NC. He is a longstanding member of the Broadcast Film Critics Association (BFCA), the Online Film Critics Society (OFCS), and the Southeastern Film Critics Association (SEFCA). 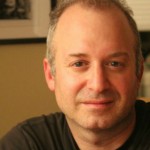 Norm has been reviewing films since 1999, and is a member of the Online Film Critics Society and the Boston Online Film Critics Association. He contributed to Filmcritic.com from 2000 to 2011, including time as a senior writer, and is the creator of Meet In the Lobby, a film blog site that’s been offering reviews and commentary since 2007. An experienced media professional, Norm has made numerous radio appearances, contributed to book pitches, and provided script reviews to screenwriters. In addition to his work with Film Racket, Norm is currently a contributor to Paste Magazine and Sundance Channel. He thinks back to his obsession with film in the late 1970s, and wonders if the movies will ever be that great again. 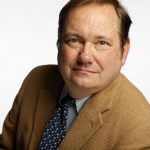 Stephen Whitty has been doing this for so long he remembers when video stores were still a thing, Nic Cage won an Oscar, and everybody was expecting big things from Warren Beatty’s new Dick Tracy. He still misses those days. But since then he’s written for publications from Entertainment Weekly to Screen, has published The Alfred Hitchcock Encyclopedia — and continues to sit front-row center at everything with large popcorn, extra salt, and no butter. 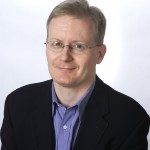 Don Willmott’s first movie review, a critique of Roman Polanski’s Tess that appeared in his high school newspaper, accurately predicted the film would win the 1981 Oscar for Best Cinematography. Don then turned his critical eye to computer products, writing and editing hardware and software reviews for PC Magazine and Yahoo! Internet Life from 1986 until 2002. Today Don provides content to a variety of technology companies and websites. A downtown New Yorker, Don can walk to any of 34 movie screens in ten minutes or less.