In a move that proved a stubborn independent streak, he went off to bring his unusual horror musical, Repo! The Genetic Opera to the big screen. He followed that up with a goofy home invasion remake (Mother’s Day), a Satanic thriller (11-11-11) and a take on the whole Jersey Devil mythos (The Barrens). After another scary sing-along (The Devil’s Carnival) Bousman is back with a strange twist on the haunted house theme, Abattoir , and for the most part, it’s another minor blimp of this potential horror maestro’s resume. The premise has lots of potential. The execution leave a lot to be desired.

Someone has been buying up the homes where horrific tragedies have occurred, and a reporter named Julia (Jessica Loundes) wants to understand why. While her cop ex-boyfriend Grady (Joe Anderson) and her editor tell her to drop it, she won’t let go. Soon, terror and tragedy hit way too close to home as her sister and her family are killed…and then, within days, the property where they lived is sold to the same mystery man.  All roads lead to a small town where Julia learns the truth from a frightened resident (Wan/Whannell constant Lyn Shaye). A cult leader named Crone (Dayton Callie) controls everything and is building a special place out of the crime scenes he has purchase…or something like that.

The problem with Abattoir lies in its main idea. The concept that someone would buy up property where horror has occurred, only to remove the various rooms where the bloodshed happened to build one great big spooky dark ride like experience is intriguing. Done correctly, we could get behind such a scary movie souvenir conceit. It has potential. It has possibilities. Surprisingly, considering he helped co-create it, Bousman locates none of that. Instead, he fashions a plodding narrative that never once achieves the kind of macabre mythos he seems to be aiming for.

Abattoir also suffers from the whole “first chapter in a franchise no one is asking for” syndrome. Bousman and his screenwriter Christopher Monfette are trying to establish a world here, a universe where bleak blackness rules even the daylight scenes and dialogue sounds more written than organic. There are already plans for a sequel (again, under the subtitle “that no one is asking for”) and it’s all based on a long form comic book series he helped mastermind. But translated to film, there is no real purpose. The scares are slight, the story convoluted, and in the end, nothing here reminds us of the visceral appeal of Jigsaw’s middle movies, or the delirious insanity of Repo!

And Bousman is an excellent filmmaker, when given the chance. Even 11-11-11 had moments which leapt off the screen, even if the rest of the movie stagnated under the weight of unfulfilled viewer expectations. He is also very good with actors, though you’d never know it here. Even Shaye, who is usually reliable in a kooky character actress kind of way, seems wasted. A decade ago, there was no hotter property than Bousman and what he was doing with a certain “game” playing fright flick scenario. Now, he seems to be treading water. Unfortunately, Abattoir is so slight you’ll end up drowning along with him. 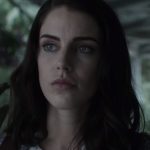 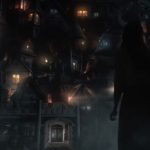 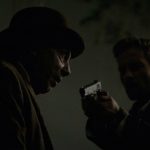