A Wrinkle in Time
By: Valerie Kalfrin

Where to, Mrs. Whatsit?
Buy It From Amazon
Buy It On DVD
Buy It On Blu-Ray
Buy The Book

A Wrinkle in Time oozes earnestness. Yet this high-profile adaptation of Madeleine L’Engle’s novel never quite dazzles despite its big-name cast, elaborate costumes, and loads of glitter.

L’Engle’s 1962 book—the first in her “Time Quintet”—was a tough sell when it was first published, blending quantum physics, time travel, and religion in a battle of good versus evil. A survey from the National Education Association has since ranked it among teachers’ top 100 books for children.

I last read the book when I was about the same age as protagonist Meg Murray (Storm Reid of 12 Years a Slave). I remember it as a pretty trippy affair, and this version of A Wrinkle in Time takes flight the trippier it gets. Even when one character transforms into a flying alien that resembles a romaine leaf with an artichoke’s head, that seems appropriate for a journey across the galaxy through vibrations in time and space.

But those moments are few. Screenwriters Jennifer Lee (Frozen, Wreck-It Ralph, Zootopia) and Jeff Stockwell (Bridge to Terabithia) craft dialogue that feels like greeting card sentiments: “Find the right frequency, and have faith in who you are.” “Love is always there, even if you don’t feel it.” “Be a warrior.”

What’s more, the film fails to engage us emotionally with Meg and her quest. To be fair, the book’s antagonist is a representation of evil that’s a dark cloud and a disembodied brain, which the filmmakers recreate. But that doesn’t mean it translates well onscreen.

The film’s shaky foundation starts in the first act, after Meg’s father, Alex (Chris Pine of Wonder Woman), has been gone for four years. A NASA scientist, Alex Murray theorized that he could travel the universe with his mind by wrinkling or “tessering” time, no spaceship necessary. The community thinks Alex is either crazy or delinquent and abandoned Meg, his wife (Gugu Mbatha-Raw of The Cloverfield Paradox), and their adopted son, Charles Wallace (Deric McCabe), a child prodigy.

Meg is bullied at school. When she fights back, her principal tells her that she can’t keep using her father’s disappearance to act out.

Before we know it, Charles Wallace introduces Meg to three peculiar missuses he’s met: Mrs. Whatsit (Reese Witherspoon of Little Big Lies), Mrs. Who (Mindy Kaling of Inside Out), and Mrs. Which (Oprah Winfrey). The boy ropes along Calvin (Levi Miller of Pan), a kind classmate whom Meg barely knows, and the three are soon jumping through time wrinkles to rescue Meg’s dad.

The Mrs. W’s have some fun with their roles. Witherspoon is flighty as the youngest and most tactless of the three. Kaling’s character speaks in poetry and other famous quotes, including Outkast lyrics. And Winfrey is what you’d expect of Oprah Winfrey—gentle and encouraging, even if her “fear turns to rage, rage turns to violence” lines reminded me of Yoda.

These cosmic beings intercepted a message from Alex, but it’s not clear why they chose to help Meg’s family. Surely, there are other lost souls in the universe? It’s also unclear why the cosmic evil held Alex Murray for so long, and what makes Meg a good foil. Considering Charles Wallace first connected with these three, Meg seems a step removed in importance. He and Calvin think she’s wonderful, with Calvin telling her that she has no idea how special she is. But film characters reveal themselves best through action, and often we hear others describe Meg’s personality instead of seeing it.

Still, girls of a certain age might like Meg, thrust into unexpected circumstances with insecurities that she learns to appreciate. Director Ava DuVernay (Selma, 13th) has said she intended the film as a love letter to young people, particularly “brown-skinned girl(s) of any race.” Meg has glasses (cheers from those of us who wear them), she’s smart and stubborn, and a cute boy likes her just the way she is.

Others beyond that target audience might relate all too well with Mrs. Whatsit when she notes, “I’m underwhelmed.” 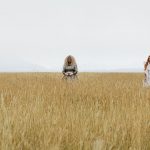 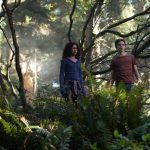