A Walk Among the Tombstones
By: Bill Gibron

Sorry...that seat is...TAKEN.
Buy It From Amazon
Buy It On DVD
Buy It On Blu-Ray

Thanks to social media and the attention-grabbing clickbait that results from it, we’re witnessing a weird cultural shift away from certain subject matter. Granted, it doesn’t always stick — Let’s Be Cops coming out so soon after the awful events in Ferguson didn’t derail its bid for the box office — but there are occasions (the NFL dropping Rihanna and her music from their broadcasts in light of Ray Rice) when the backlash has some manner of merit.

Oddly, considering its horrifically demeaning portrait of women (especially those who choose to stand by their drug-dealing man), one still envisions very little anger will be directed at Liam Neeson’s latest effort. A Walk Among the Tombstones may be nothing more than a bleak, somewhat effective thriller, but in light of the conversation we are having today about abuse and battery, it seems both uninformed and unimportant. Art, no matter how mainstream or mundane, doesn’t have to answer to the circumstances in which it exists. It just has to succeed — or fail — on its own merits.

The movie does the job it sets out to do without resorting to any implied or express plan. Neeson plays former cop turned unlicensed P.I. Matthew Scudder. Set in 1999, we first see the character during a drunken incident, eight years earlier, that resulted in tragedy. Now, he does “favors” for clients and, in return, they give him “gifts.” While at an AA meeting, Scudder runs into an addict named Peter (Boyd Holbrook) who wants to “hire” him to help his drug dealing brother Kenny (Dan Stevens). Seems the latter’s wife was kidnapped, with those responsible wanting (and getting) $400,000 in ransom. Kenny’s lady, however, was returned in pieces.

Naturally, he can’t involve the legal system, so Scudder reluctantly agrees. It’s not long before a series of similar crimes has our hero thinking “serial killer,” and sure enough, we meet a couple (David Harbour, Adam David Thompson) who are satisfying their own creepy bloodlust via targeting bad guys and their women. With the help of a cemetery groundskeeper (Olafur Darri Olafsson) and a smart aleck street kid named T.J. (Brian “Astro” Bradley), Scudder gets close to the duo, and just in the nick of time. They have taken the daughter of a Russian baddie (Sebastian Roche) and he wants his child back, and those responsible punished… and Scudder is the guy he wants to do it.

With its easy bows to old school noir and its fresh-from-Fincher sense of grimness, A Walk Among the Tombstones is a somewhat decent thrill ride. Yes, the middle act gets mired in endless exposition and overwrought explanations, but once Neeson turns on his Taken persona and proceeds to kick some butt, all dull sections are forgiven. No over the hill actor is better at managing the needs of the action genre while still being believable. It’s reinvention as revelation, and this film clearly benefits from it. What it doesn’t earn is its silly subtexts, especially those plotted out by the main villains (whose portrayal is borderline homophobic) and T.J. (who’s about a half-step away from Chris Tucker in The Fifth Element). They distract from the real meat of this movie.

As with his work with Luc Besson (and his various student offshoots), Neeson has likely found another franchise vehicle upon which to hitch his considerable commercial cache. Scudder is someone the actor can actually explore, given the fact that author Lawrence Block has provided a long list of books that the characterization can be drawn from. Sure, they are mostly pulpy presentations of exploitable good vs. evil, but given the relative success here, audiences will likely demand another journey through this particular genre graveyard again. Next time, one hopes, the headlines won’t hinder the final product. 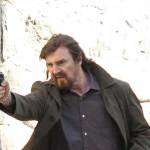 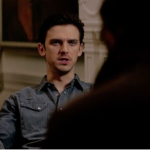 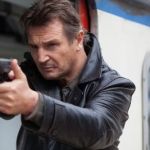 One thought on “A Walk Among the Tombstones”