A Patch of Fog
By: Mike McGranaghan

We need a copy of "Making Friends For Dummies"

The British thriller A Patch of Fog creates a great big feeling of deja vu. It tells a story that’s been told dozens of times before. The characters are different, and the setting is different, but the plot is familiar stuff. This is one of those movies about a person who becomes obsessed with another person, leading to confrontation, danger, and violence. You’ve seen it all before in pictures like Single White Female, The Roommate, The Boy Next Door, and lots of others. Since there really isn’t an original spin on the formula here, executing it again seems especially pointless.

Conleth Hill plays Sandy Duffy, a famous writer/television host with a penchant for shoplifting. One day, he’s caught in this act by a security guard named Robert (Stephen Graham). The lonely Robert, for reasons never fully explored, blackmails Sandy into being friends. He’s got a copy of the tape, which he threatens to hand over to the authorities if their “friendship” doesn’t play out to his specifications. Sandy tries various ways of stealing the tape. When they don’t work, he tries to outsmart his blackmailer, only to discover that it isn’t as easy to do as it seems, especially once Robert realizes that he’s being rejected.

Not much about A Patch of Fog is fresh or new. It follows the template with frustrating faithfulness, ensuring that you can guess what’s going to happen long before it does. Sandy pretends he’s really into the friendship so he can find a way to get the upper hand over Robert. Robert grows increasingly desperate to hold on to this bizarre relationship, even threatening to jump in front of a train just to see if his buddy will save him. When it seems as through Sandy has found a way to extradite himself, Robert throws up some more perilous potential repercussion. Of course, it all builds to the dramatic final confrontation between the two men. If it’s less graphically violent than in similar films, it still hits the same notes.

Adding something novel to the story would have helped significantly. So would more development of the characters. Over time, we learn that Sandy had some sort of troubled childhood that fueled his writing and his seeming depression. Even when we find out the specifics, they’re fairly thin. Robert fares even worse. Why, exactly, is he friendless? Why does he pick Sandy to blackmail? Is it just because he’s famous? The movie generally skirts around these questions, never painting as complete a psychological portrait as it should. The actions of both men seem largely driven by the need to follow the formula, rather than by any actual identifiable motivation.

The sole saving grace is the quality of the performances. Conleth Hill (Game of Thrones) and Stephen Graham (Boardwalk Empire) both get more mileage from underwritten characters than you’d think possible. Hill nicely conveys Sandy’s growing sense of desperation. Graham, meanwhile, wisely avoids the pitfall many actors fall into playing a role like this, namely being too overtly evil. The actor gives Robert just enough of an edge to be convincingly menacing, without ever going over-the-top psycho.

Given the talent of the two leads, A Patch of Fog could have been a first-rate thriller with a better screenplay and more creative direction. Instead, it’s a routine picture, cut from the same cloth as many other thrillers. A new spin makes any formula worth watching one more time. Watching a movie just go through the motions, as this one does, is a one-way ticket to zoning out. 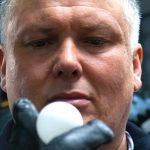 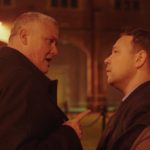 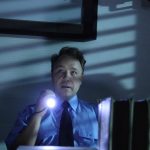