A Long Way Down
By: Blake Crane

Cannonball!
Buy It From Amazon
Buy It On DVD
Buy It On Blu-Ray
Buy The Book

Suicide and schmaltz don’t mix well in A Long Way Down. That’s probably also true as a general rule. Adapted from a novel by Nick Hornby (High Fidelity, About a Boy), the movie is flatly directed by Pascal Chaumeil, laying bare the shortcomings of a script by Jack Thorne that doesn’t need any of my help in exposing its weaknesses. In fairness, translating a suicide comedy-drama into a breezy 90-minute film is a problematic proposal. Any rough edges have been completely smoothed away, and A Long Way Down feels dishonest from a cringe-worthy meet-cute to the convenient devices used to set up a multitude of saggy quips.

On a snowy New Year’s Eve, disgraced TV personality Martin Sharp (Pierce Brosnan) decides to end it all by leaping from a London skyscraper. Before he’s able to do the deed, he’s interrupted on the roof by modest single mother Maureen (Toni Collette), who asks how long before she can take her turn. The suicide party doubles with the appearance of Jess (Imogen Poots), the partygirl daughter of a prominent politician (Sam Neill), and J.J. (Aaron Paul), a failed musician who informs the rest of the crew he’s dying of cancer. Saved by an overlong sequence of impossibly witty banter, the foursome makes a pact to hold off on killing themselves until Valentine’s Day, the next depressing holiday on the calendar.

A Long Way Down is all downhill from there, grasping at straws in lame attempts at character depth and halfhearted commentary on tabloid sensationalism. After their encounter is leaked to the media, the group tries to capitalize and control the story, making up details in interviews that include an angelic intervention that kept them from jumping. Jess storms off the set of a talk show when the host (Rosamund Pike) gets too personal, and the movie proceeds to walk out of this subplot.

Story elements are introduced, superficially shown, and then dropped at will throughout. As in the novel, the four main characters narrate sections of their story, picking up where the previous narrator left off. This structure further fragments an already disjointed narrative, giving weak storytelling precedent over the actual story. Even though they constantly talk to each other and at the audience, none of the occasionally suicidal saps are fleshed out beyond their motivations to jump. Martin ruined his life after unknowingly sleeping with an underage girl, but that’s all we ever know. Jess has typical wayward daughter characteristics, but she’s also dealing with the disappearance of an older sister that is brought up whenever she needs to get teary. The rest of the time she’s the cute pixie.

The depiction of Maureen as the beleaguered mother of a disabled son nearly works in scenes that lay out her exhausting routine, but her stress is easily compartmentalized when necessary to get everyone together. This includes a vacation to the Canary Islands that gives the group a beachy backdrop for their anguished witticisms and an excuse to dance to a remix of “I Will Survive.”

The talented cast is left to do way too much work to elevate the thin material. Brosnan finds a laugh or two in Martin’s obnoxious detachment, but not nearly enough to make us care. Poots provides the most energy and is a magnetic presence, but that’s in part due to Paul as the flatlined depressive foil in their underdeveloped but inevitable relationship. Maureen is too buttoned up to give Collette much to define herself beyond a few ticks and odd inflections. Conflict is nonexistent as the film leaps from staged sentimentality to the next batch of one-liners, minimizing its already meager emotional aspirations. When you start with a group of characters that are simultaneously ready to toss everything away and cheerfully droll, you have to at least make an effort to help us understand why. A Long Way Down has no interest in understanding of any kind and completely misses the mark in both elements of seriocomedy. 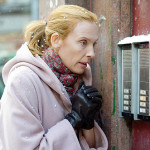 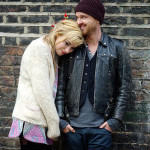 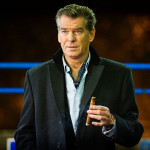