A Beautiful Now
By: Mike McGranaghan

A Beautiful Now is a compendium of every indie movie cliché about unhappy, confused twenty-somethings. It’s the kind of movie where one character says, “Why do you hate me?” and the other replies “Because you love me.” At another point, someone asks, “Does [life] ever turn out the way we want it to?”  That’s pretty much the eternal theme of movies like this one. If watching a bunch of self-absorbed nitwits sitting around feeling sorry for themselves is your cup of tea, here’s the year’s best film. If not, prepare for a long, arduous viewing experience.

Abigail Spencer plays Romy, a dancer whose career is on the downslide. Deeply depressed, she locks herself in her bathroom with a gun. Her friends, including David (Cheyenne Jackson) and Ella (Collette Wolfe), sit outside the door, begging her to come out. (They call 911, and when they’re put on hold, they never bother trying again, nor do they ever try to break the door down. Some friends, huh?) From there, A Beautiful Now intersperses flashbacks of various things that led to Romy’s unhappiness with scenes of her pals bickering to one another about their own problems. It’s all one great big misery-fest. Occasionally there’s a snippet of Romy in a dramatic dance sequence or having a hallucinatory conversation with someone in the bathroom, just so we know the film is serious about being arty.

Writer/director Daniela Amavia is obviously shooting for profundity, but she misses the mark by a mile. The characters are all so obnoxious and self-absorbed that spending an hour and a half with them is sheer agony. A Beautiful Now‘s structure doesn’t do it any favors, either. Romy’s flashbacks are completely context-free, meaning that we don’t have enough information about them to care. For example, through the door, Ella tells her, “I’ve always appreciated you being there for me.” The film then rewinds to a time when Ella is unhappy about something-or-other, and Romy supports her with words of encouragement. Since we haven’t followed the thing that upset Ella to begin with, Romy’s assistance doesn’t really mean anything to us. The whole movie plays in that same fragmented, underdeveloped way, ensuring that you can never truly become engaged with whatever is happening onscreen.

The late Roger Ebert once coined what he called Ali McGraw’s Disease. Inspired by the actress’s work in Love Story, AMD referred to “a movie illness in which the only symptom is that the sufferer grows more beautiful as death approaches.” A Beautiful Now offers something very similar, which we’ll call Movie Depression. As opposed to real depression, which finds people despondent and hopeless, Movie Depression entails a depressed person staring gorgeously into space, their emotional agony artfully composed for maximum, if dark, attractiveness. Romy definitely suffers from Movie Depression. She is the most glamorous suicidal individual you’re likely to see onscreen.

A Beautiful Now has a capable-enough cast, but they’re stuck with a poorly-constructed screenplay that isn’t half as meaningful as it thinks it is. And as a first-time director, Amavia displays a lack of understanding about how to build effective drama. It’s not enough to show someone having bad things happen to them again and again. There has to be a fundamental reason for the audience to care that those bad things are occurring.

There’s no doubt the film has been made with great sincerity, but in the end, there’s nothing to distinguish A Beautiful Now from literally dozens of other mopey indies just like it. 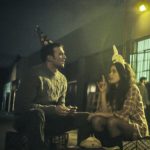 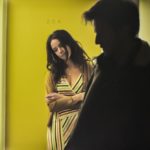 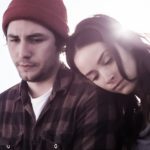