The 10 Worst Spoofs of All Time
By: Bill Gibron

At one time, this type of film was a favorite, an almost-always clever comedy where laughs were balanced against a knowing deconstruction of the subject matter, cinematic strategies, or genre story structures. Now, they’re mostly junk, excuses for actors to earn a decent paycheck while the filmmakers flail around aimlessly, crafting clueless crap. While there’s many of them out there, here are our choices for the 10 worst spoofs of all time.

In compiling this list we faced two major dilemmas, both which caused us much concern. First, almost all the lampoons in the ’80s and ’90s were apparently mandated to feature Leslie Nielsen. He’s in two choices here, and could have been in many more. So we tried to limit his exposure. Even worse, the dipstick duo of Jason Friedberg and Aaron Seltzer have made so many awful spoofs — Date Movie, Epic Movie, Disaster Movie — that we could have easily featured all of their films here. In the name of fairness and equal opportunity for the other members of this bad movie fraternity, we limited them to one (and it’s a doozy). 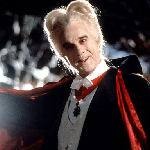 Mel Brooks hasn’t made a movie since 1995, and this idiotic affront is part of the reason why. Sure, by this time, everyone had more or less forgotten Francis Ford Coppola’s 1992 bizarro world take on Bram Stoker’s favorite fanged one, but this was the man who made, arguably, one of if not the greatest horror lampoon of all time: Young Frankenstein. What could go wrong? Well, a lot, actually. There are no real jokes here, just ideas that fall deader than an actual vampire’s victims. 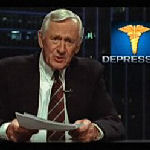 Someone must of thought it was a good idea to take the famed parody paper and use it as the source for a sour sketch comedy attempt at spoofing the news. The end result, however, is a lifeless look at how far the once mighty print pioneer has fallen. A news anchor (Len Cariou) rebuffs an attempted corporate takeover of his station while various insert stories argue for the value in well-honed humor (which is, of course, noticeably absent all throughout this 80 minutes of awfulness). 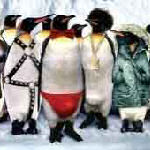 Hot off the kid vid love fest that was the famed French documentary about the annual mating rituals of those beloved flightless tuxedoed avians, this attempt to capitalize came up as cold as its South Pole setting. If your idea of a good time is watching National Geographic badly skewered by name comedians (Bob Saget, Lewis Black, Tracy Morgan) and non-stop discussions of bird sex, this is your atrocious treat. About the only interesting thing here is Samuel L. Jackson doing his best anti-Morgan Freeman as the narrator. 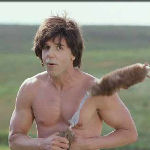 Thirty-six years ago, Woody Allen took a silly Japanese spy movie and turned it into the enjoyable What’s Up, Tiger Lily? Steve Oedekerk tried to do the same thing with an old ’70s martial arts flick — Tiger and Crane Fist (a.k.a. Savage Killers) — even going so far to add in new footage starring himself to craft a completely unrelated plot to that of the original. The result was a ridiculous piece of junk that has managed a “so bad it’s good” cult following that’s completely without merit. 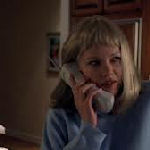 Director John Blanchard has quite the resume. After all, he worked with both the sketch comedy geniuses SCTV and The Kids in the Hall. Here, he shows none of the wit or invention that those two troupes provided, instead going for a stale Scream parody. You can tell how good this production is going to be from the names of the characters — Hagitha Utslay, Doughy Primesuspect, Screw Frombehind– and the plot, which more or less rips off the famed Wes Craven critique of horror films. Ugh. 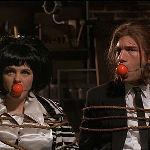 Take Tarantino’s Oscar winning game changer, toss in a nun-oriented take on Reservoir Dogs, and sandwich in a couple of crazy tag team wrestlers mimicking Mickey and Mallory from Natural Born Killers, and you’ve got this groan-inducing attempt to turn the violent revisionism of the ’90s into something satiric. Granted, we are treated to other terrible lampoons of Clerks, The Crying Game, and The Monkees (how contemporary!), but QT is the main target here, and this movie misses his dizzying dialogue by a long shot. 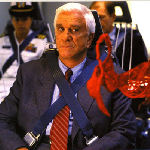 First of all, the title is an insult, mocking what is perhaps the greatest movie of all time. Then, to make matters worse, Leslie Nielsen is present as a regressed version of his far more effective Naked Gun cop type, this time trying to stop the cloning of the President, or something like that. Naturally, the science lab is on a planet called Vegan, resulting in lame shout-outs to Stanley Kubrick’s speculative classic. The lowlight has to be a Three Tenors concert featuring Village People songs. 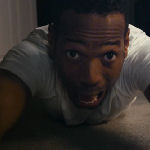 A relatively recent entry on this list, and for good reason. After years suffering through one hackneyed found footage bit of demonic possession/ghost hunting/paranormal activity, one of the Wayans (famed for their work on the Scary Movie franchise) decided that the subgenre was ripe for ridicule. In this case, he simply forget to bring anything funny to the mix. This film is terrible, tasteless, and talentless, without a single laugh or scare inducing sequence. In fact, the most frightening thing about it is that there’s already a sequel! 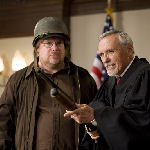 Now this is just odd. A former member of the famed Airplane! artists collective known as ZAZ, David Zucker decided to force his Neo-Con, Fox News-loving Tea Party leanings on unsuspecting moviegoers, and he believed the best target to take down was… Michael Moore? So he fused a small smattering of Dickens to his otherwise pointless political rant and called upon Hollywood’s equally devout right-wingers to help out. They did, and it didn’t help. Of course, nothing could make up for its star, Chris Farley’s unfunny brother, Kevin. 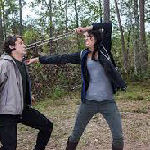 In general, when planning a spoof, one should pick a target that has a wide cultural relevance with enough wiggle room to add in ancillary material. Apparently, Jason Friedberg and Aaron Seltzer never got this memo. Instead, they take the still new-structure of the Suzanne Collins phenom franchise, go for the obvious gags, and then toss in other stuff (Avatar, Harry Potter, the Annoying Orange) that has nothing to do with that teen survival sci-fi film. The dictionary definition of awful… and unimaginative… and pathetic… and pointless.

2 thoughts on “The 10 Worst Spoofs of All Time”