Work isn’t supposed to be fun. That’s why it’s called… well, you know the rest. However, it doesn’t have to be a hopeless dead-end slog toward retirement or a midlife crisis. Indeed, there can be a great deal of personal and professional fulfillment in the average day to day grind, money and material goods being a nice byproduct of punching a time clock. On the other hand, every pro has to have a con, and more times than not, it’s the person in a position of power over you making life a living Dilbert cartoon. The cruel employer has become an occupational hazard and a cliche, a roadblock in the otherwise smooth sailing of the regular rat race and when it comes to illustrations of these bottom line bastards, no one does damning with faint film praise better than Hollywood. With a sequel to the surprise 2011 hit Horrible Bosses about to be unleashed in theaters, we thought it high time to investigate the cinematic status of our love-to-hate bossman faves. By any standard, these supervisors are sadistic. 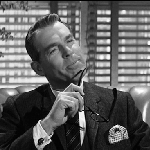 So it’s the dawn of the 1960s and you want to woo one of the many lower-level female employees of your massive multinational conglomerate. What better way to prove your adulterous manhood than to blackmail another underling, forcing him to let you use his title abode as a means of making monkey business with the typing pool (or in this case, a comely elevator girl). Played perfectly against type by Fred MacMurray, this sleazebag is the prototypical horrible boss. He may not look bad, but he is. He really is. 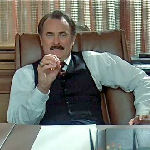 In an office almost entirely staffed by women, he’s the lead sexist, chauvinistic throwback. He has no problem demeaning individuals smarter and more savvy than him while playing grab ass with the buxom secretarial pool. Eventually, three co-workers turn on the tyrant, forcing him to live like a caged animal in his palatial estate. Even when he tries to be nice, when he uses reverse psychology on his bumbling captors and manages to escape, his efforts end up making him even more unlikable and hateful. 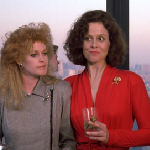 In this modern retelling of Cinderella, there has to be an evil stepmother, and here, Sigourney Weaver plays the part perfectly. Sure, she is merely an upper-level executive looking to reclaim the territory taking from her by secretary turned sage Melanie Griffith, but she’s wicked in her ways. Thanks to solid direction by the late, great Mike Nichols, what could have turned cloying is actually clever, especially those moments where Weaver’s diva is show to be little more than an Empress sans her new clothes. 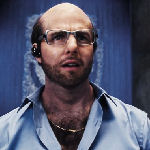 Yes, that’s Tom Cruise underneath all that prosthetic make-up and the flabby fat suit, but that only adds to this movie mogul’s mystique. Rumor has it that the superstar based the character on a well-known Hollywood executive, but his manic studio chief resembles more than your typical Tinseltown troll. Instead, Grossman is the very definition of his last name, a hairy-chested chump who uses his bald head as a weapon and his penchant for gold chains as more than a fashion statement. 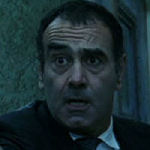 There are several types of terrible bosses, and this inept paper pusher is one of the worst. He’s ineffectual and angry, constantly taking out his failings on those who are unlikely enough to find themselves working in this bottom-barrel level of a medical products manufacturer. Specializing in an off-brand petroleum jelly that’s as slimy as he is, it takes a heroic act by our lead (Tom Hanks) to wrestle himself and at least one beleaguered co-worker out from under Mr. Waturi’s repetitive phone conversation hell. 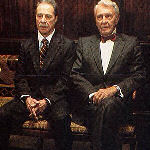 The rich love to mock the poor. They also love to believe that they make the man, not the other way around. So what better way to waste a dollar bill than to watch this dastardly duo take one of their brightest (Dan Aykroyd) and throw him in the gutter while lifting up a hobo (Eddie Murphy) who they secretly have no desire to help. As they manipulate the lives of these clueless pawns in their preposterous personal wager, you grow more and more anxious to see them fall. 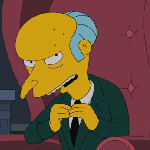 He’s evil incarnate, and by all accounts, several years past the century mark. But it’s not just the aging plans for nuclear (and world) domination that define this atom smashing tycoon. No, C. Montgomery Burns is an incredibly bad boss, incapable of any major decision unless it has some actual harm involved to employees such as Homer Simpson. Heck, he once tried to blot out the sun, thereby increasing the town of Springfield’s need for his product — power! Talk about your malevolent taskmasters. 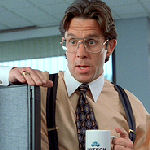 If passive-aggressive leadership had a face — and a two-tone French cuff shirt and dress pants with both a belt and suspenders to match — it would belong to this drab office drone. Unnaturally obsessed with TPS reports (that stands for “test procedure specifications,” in case you didn’t know) and unable to give specific directives, he’s the kind of lame leader who will beat around a dozen bushes before reminding you of a Sunday date with your cubicle. He’s also an expert at non-confrontational coercion. So, yeahhhhhh, that’d be great. 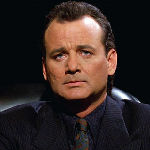 Granted, he gets redeemed in the end, learning the true reason for the season (or some other manner of holiday hokum), but for most of this modern retelling of Charles Dickens’ A Christmas Carol, Bill Murray is absolutely malevolent. He fires a man for voicing his opinion. He almost dismisses his problem-plagued secretary for sending his brother a VCR as a present (instead of a towel) and hopes to jumpstart his station’s ratings via a pandering exploitative TV special featuring semi-nude dancers and Buddy Hackett. Now that’s horrible! 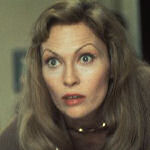 Sure, your boss may not like you. He or she may tolerate your employment, but would they think of KILLING you when your performance no longer meets their mandates? Well, in the case of Paddy Chayefsky’s sizzling deconstruction of our modern media, this entertainment executive does just that. Having created a monster in the form of guru Howard Beale, our ice queen needs an upper management-mandated endgame. Her answer? Pair up with her terrorist reality show stars and assassinate her former phenomenon live on the air. It’s the perfect plan for a perfect villain.