It’s Christmastime, that moment once a year where we pretend to practice peace on Earth and goodwill towards all mankind by binge-eating the wrong foods and smothering the rest of our woes in endless glasses of booze-spiked eggnog. Sure, it’s also the season for Hanukkah, Bodhi Day, and Kwanzaa, but most of the merriment centers around a certain Santa and his various interchangeable reindeer and/or pixies. And gift giving. And the aforementioned gluttony. Oh, and entertainment. While TV trumps almost all other forms of media with its endless collection of cloying yuletide claptrap, the movies also play a part in Jesus’ birthday. Unfortunately (or not), not all narratives stay with the traditional. Here we recognize the 10 most unusual holiday films of all time, including several scary selections because, after all, once the halls are decked with holly, all bets are off. 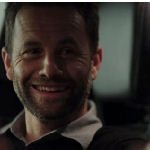 All you heathens take note: professional has-been TV star and current crackpot evangelist Kirk Cameron has a Bible-based bone to pick with you. So you think commerciality and materialism are a bad thing at the holidays? Well, you’re wrong, eggnog breath. According to God’s own chuffed cheerleader, everything about Christmas is also about Jesus. Everything. From bad sweaters to Santa Claus, candy canes to Black Friday, all find a place in this pastor’s jolly holiday. Instead of a storyline, we get a lecture, and some last act, “’tis the season” breakdancing too. 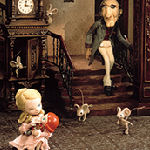 As we will learn throughout the course of this list, some holiday fare is meant to be frightening, teaching children the value of being good during this most festive time. Sometimes, however, the lessons come from lunatics. Take this stop-motion menace from Japan. Based very loosely on the famed Tchaikovsky’s ballet, it tells the story of The Ragman, a horrific being who turns children into mice if they are up past their bedtime. Naturally, some wee ones refuse to go to sleep, resulting in some surrealism only Dali could appreciate.

#8 – An All American Christmas Carol 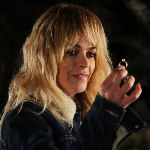 What if Ebenezer Scrooge was a white trash bimbo with various kids from different daddies living in a dingy double wide just waiting for Child Protective Services to show up? And what if she needed convincing that her Honey Boo Boo-like ways required mending, ASAP? Well, why not steal a storyline from Dickens and provide the party gal with three “ghosts” who hope to convince her that, no matter the situation, she can make a better life for herself. Featuring Eric Roberts and Meatloaf. Ho ho ho? 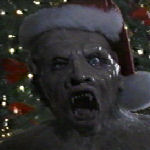 All you have to hear is the plot synopsis to understand why this movie makes the cut: a young girl and her pals perform an anti-Christmas ritual out in the woods, and by doing so, they wake up an angry demonic elf. Turns out, this imp is also part of a neo-Nazi plot to realize Hitler’s master race aims. Seems the Fuhrer wasn’t hung up on Aryans, but instead envisioned a super-species of powerful man-elves. No, seriously. And our lead is the last pure virgin available to make this happen. 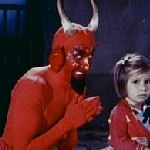 Of the holidays films tackled by the gang over at Mystery Science Theater 3000, this remains the most jaw-droppingly bizarre. Sure, Santa Claus conquering some lame spacemen may appear more weird, but nothing can topple a Mexican St. Nick tackling Satan (or “Pitch” as he’s called here) while maintaining a toy-manufacturing sweatshop filled not with elves but with children from around the world. Even the kids not commandeered by Kris Kringle are dour and depressed, with one sad little girl desperate for a dolly her parents can’t possibly afford. 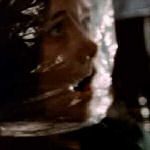 Bob Clark, the man behind A Christmas Story (and Porky’s, FYI), crafted this crazy pseudo-slasher movie about a sorority stalked by a madman during their annual Christmas party. Turns out the killer is just a psychopath targeting these gals with horrifying, harassing phone calls. The entire movie is really nothing more than a series of slaughter setups, but the various interactions between the victim pool and the unnerving voice on the other end of the telephone receiver will send more shivers up your spine than a holiday blizzard. 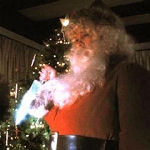 After experiencing a sex-based trauma as a child (it involves his whore of a mother and a guy in a Santa Claus suit), Harry Standling becomes a psychological mess. He ends up believing that he is in fact the true spirit of the holidays and grows up to be a dysfunctional adult desperate to be St. Nick. On Christmas Eve, he begins breaking into houses to substitute his homemade toys for the commercial trash the parents have purchased. Oh, and he also goes on a killing spree. Happy holidays! 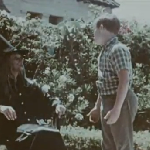 A young boy helps an old woman get her cat (named Lucifer, mind you) out of a tree. After falling and hurting himself, the cranky old coot (who’s actually a witch) gives him a magic ring with a special seed inside. When he plants it, the title entity arrives, promising to grant him three wishes. Naturally, this numbskull messes up the holidays for everyone. Oh, and did we mention the giant? Or the surreal directorial decision to film half the movie in color and the other in black and white?

#2 – Santa and the Ice Cream Bunny 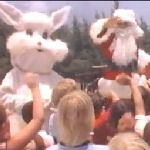 The jolly old elf with a belly like a bowl full of jelly gets stranded on a beachhead near the now defunct Pirate World Amusement Park in Dania, Florida. Using his own special brand of child-seducing telepathy, he gets a bunch of overeager urchins to gather up some animals to help him pull his sleigh. In the meantime, Santa regales them with the story of Thumbelina for some reason. Then the title rabbit shows up with a firetruck in tow. Apparently, this production was the byproduct of heat stroke. 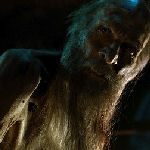 Somewhere in Scandinavia, a group of reindeer herders try to sabotage a crew excavating the nearby mountain. Turns out, the workers have uncovered a massive burial mound. Inside is something that looks like Santa Claus, except all emaciated and creepy. Seems this is just one of the many “elves” that the real Kringle monster uses to punish the naughty. If a Christmas movie is capable of giving you nightmares instead of visions of sugarplums, it would be this one. It’s a terrifically twisted holiday treat.