It all began with silent ghosts and ghouls. Then Universal began adapting the classic literature of dread. It wasn’t long before horror went from profitable to pathetic, as the real life threat of war ruined the cinematic category’s staying power. Eventually, after the B’s of the ’50s and the schlock of the ’60s, the macabre movie was made artistically (and commercially) relevant by the post-modern ’70s. Now, it’s a staple, an ever-present part of our ongoing entertainment discussion and distress. Avoiding the “classic” films made before the start of the Me Decade, here is our list of the 10 Best Modern Horror Movies Ever Made. True, only a couple came out during the new millennium, but when you see the titles listed here, and realize the achievements they represent, it’s hard to deny their scary movie staying power. 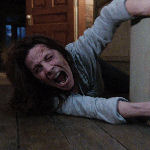 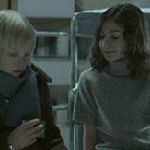 With its bursts of horrific violence and stark, matter-of-fact manner, Let the Right One In instantly becomes one of the few outright foreign fright film classics. It uses routine to unholy ends, and takes the standard coming of age and turns it right on its pointy, perplexed and paranormal little head. Thanks to the efforts of Thomas Alfredson and his collaboration with source novelist John Lindqvist, we wind up with a compelling companion to every story of overlooked and alienated youth ever told. 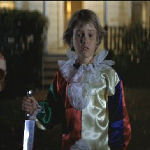 John Carpenter was not setting out to start a trend. As a huge fan of both Hitchcock and Argento, the filmmaker wanted to fashion a tribute to the suspense epics he adored as a young film student. The result was the beginning of the late-’70s/early-’80s slasher age for genre cinema, an entire next decade filled with fright flicks of all kind, and the rebirth of the yearly calendar call of “Trick or Treat” into a night of unspeakable evil. 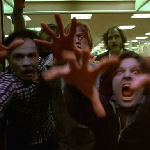 The master of the modern zombie film finds yet another novel way of mixing scares with social commentary as he investigates America’s growing consumerism while upping the atrocity ante. This time, everyone’s favorite suburban cathedral, the shopping mall, is transformed into the setting for a strange lesson in situational sociology. It’s a battle between the haves (the survivors), the have nots (the roaming biker gang), and the flesh-craving caretakers of a land slowly subsumed by both sides inability to work together. 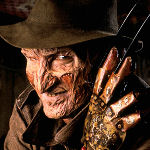 Reading the terrifying tea leaves of early ’80s society — Regan in the White House, children cherished as biological trophies by ever-wayward parents, his favorite genre overrun by slice and dice silliness — horror hero Wes Craven reintroduced the monster back into the monster movie. Using a newspaper account of a boy who was “killed” by his dreams, he created a creepy cult symbol in Freddy Krueger — killer of kids both in reality and in the far more vulnerable world of their dreams. 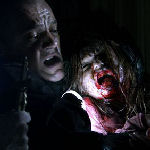 [REC] is ridiculously good. It’s a show-stopping terror trip through something that really shouldn’t work all that well. But thanks to the talent of directors Jaume Balaguero and Paco Plaza, the visceral nature of the first person POV approach avoids any such issues. We witness a group of people trapped in a quarantined apartment building as the residents begin to… “change.” Thanks to the single setting and a finale that will literally scare your socks off, this is a fine film that stands as a true classic. 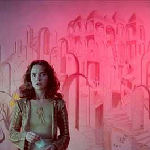 Dario Argento’s fractured fairytale is an outrage-filled trip into a world where beauty is obliterated and the friendliest facade hides sharp, salivating teeth. From the moment Jessica Harper’s Suzy Bannion arrives at the creepy Austrian ballet school, we realize we are in the hands of a full-blown cinematic genius. Then the first murders occur, and a whole new sense of sublimity arrives. No one uncovers the gorgeous inside the grotesque — and visa versa –  better than this able auteur. 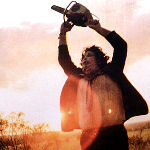 Thanks to the iconography of its villain — the human skin-masked homunculus named Leatherface — Tobe Hooper’s original Saw story has been marginalized and mocked over time. But some 32 years after its initial release, this journey into the heart of a grisly American Gothic is still the most disturbing cinematic experience ever. Between the somewhere in the Southwestern wilderness locale to the dinner table standoff between actress Marilyn Burns and her cannibalistic captors, we are lost in an unrelenting world of anxiety and abomination. 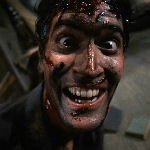 It’s safe to say that Sam Raimi literally revived old fashioned horror… twice. The first time was with his original brazen Book of the Dead extravaganza, the original Evil Dead. But when the tide in terror started to turn away from fright and more towards the funny, Raimi reinvented his own initial film with this. Presented as a sort of requel (a combination sequel and remake), Part 2 forever cemented his stature as one of fear’s maddest hatters. A benchmark in cinematic diversity and delirium. 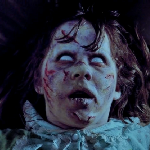 The darkest dream of 1973 America, a country out of control with the generations gapping so viciously it seemed almost supernatural. While the connections to other universal elements (the onset of puberty, the familial fear of separation and divorce) added heft and depth, the combination of William Peter Blatty’s narrative and William Friedkin’s irrefutable direction creates an experience that is remarkably frightening. But more than this, The Exorcist also asks the hard spiritual questions, exploring elements of faith, love and the lack thereof.