The 10 Greatest Documentaries About a Specific Film
By: Bill Gibron

They say truth is stranger than fiction. On the other hand, the reality of artistic invention can be even more compelling. Ever since the dawn of film there have been stories about how movies were made, the problems and pitfalls inherent in their production, and their lasting impact on both the artform and the individuals who created them. With the release of the recent Room 237 and its fascinating, fan-obsessive look at Stanley Kubrick’s The Shining, we decided to pick our top 10 intriguing documentaries that do a definitive job of explaining specific movies and their multi-faceted meanings: as product, as expression, as career builders and/or destroyers, as history, and as industry talking points. In each case, both the movie and its making become the story. In each case, what happened behind the scenes is equally as important as what’s on the screen. 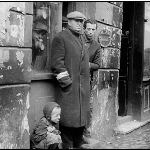 World War II and its various components continues to be a never-ending treasure trove of intriguing true stories and terrifying cautionary examples. Unfinished focuses on a 1942 Nazi propaganda film set in a Warsaw ghetto and highlights how the German government manufactured scenes and recreated footage to paint the participants in a disgusting, pro-Final Solution light. Even more importantly, director Yael Hersonski showcases how footage from that time was edited and manipulated to advance different agendas and philosophies. It’s a devastating indictment.

#9 – It’s All True: Based on an Unfinished Film by Orson Welles 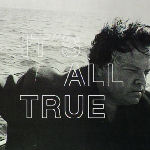 When his Citizen Kane follow-up, The Magnificent Ambersons, was wrestled away from him in post-production, Orson Welles ostensibly became a defeated director for hire. Nelson Rockefeller, then on the RKO Board, asked the filmmaker to create a documentary about South America as part of the U.S. government’s WWII-oriented “Good Neighbor Policy.” Welles jumped in head first, using his subject as a means of making yet another grandiose artistic statement. This intriguing film focuses on the production’s troubles, as well as recreating one of its supposed “lost” sequences. 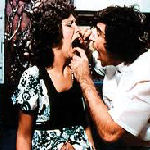 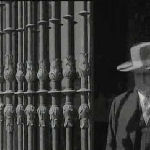 Orson Welles was a brash young artist with lofty ambitions. William Randolph Hearst was a publishing giant who controlled the country’s print media. When the former decided to make an indirect biopic on the latter, painting the tycoon in a bad light, the mogul set about influencing the main movie studios of the time to join him in buying up the negative and destroying it. Then Hearst went to war with Welles himself. A fascinating glimpse behind what many consider to be The Greatest Movie of All Time. 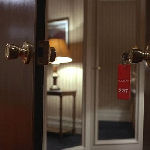 Fans of both the horror genre and its main literary titan, Stephen King, still have lots of problems with Stanley Kubrick’s take on the author’s seminal shocker The Shining. On the other hand, those who adore it have spent untold hours trying to decipher the director’s intent and his reasons for straying so far from the original book. In this jaw-dropping dissertation on the “hidden meanings” in the movie, we hear obsessives share their unusual interpretations of the film (Native American genocide, The Holocaust, fake Moon landing, etc.).

#5 – Final Cut: The Making and Unmaking of ‘Heaven’s Gate’ 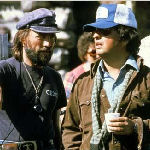 Every decade has its big time motion picture debacle, and this was the ’70s stinker. It destroyed director Michael Cimino’s Oscar-winning career, sunk supporting studio United Artists, and produced a call among companies to reel in out of control filmmakers and insane budgets. In this visualization of Steven Bach’s book on the troubled production, we witness a perfect storm of situations which cause a potential awards season entry to turn into an unholy, out of control disaster. Oddly enough, the film is now considered something of a masterpiece. 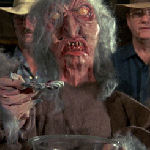 Somewhere along the line, the horrid Troll 2 went from being a near unwatchable monster movie to a cult classic on the level of Eraserhead or The Rocky Horror Picture Show. Hoping to uncover why this is, one of the film’s stars — Michael Stephenson — decides to take a road trip, interviewing those involved in the movie’s making as well as the Comic-Con level fanbase who are obsessed with this shoddy offering. The result is a telling document of the home video age and its lasting legacy.

#3 – Hearts of Darkness: A Filmmaker’s Apocalypse 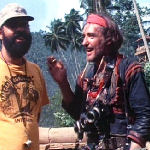 Even before it played a single date in a theater, Francis Ford Coppola’s Vietnam allegory was already notorious. Rumors of onset scuffles with star Marlon Brando, Martin Sheen’s brush with death (he had a massive heart attack during filming) and the constant flow of stories about ego unchecked and ambitions unrealized made the eventual movie a must-see. Luckily, Coppola’s wife was on hand with her home movie camera and, more importantly, a tape recorder to capture the chaos that was Apocalypse Now. 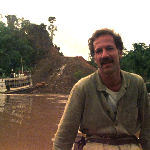 In 1982, German auteur Werner Herzog traveled to the Amazon to make a movie about a rubber baron who decides to bring opera to the jungle natives. His plan? Move an entire steamship over a mountain and make that his amphitheater. This arrangement applied to both the character in the film and Herzog himself. With Les Blank’s camera capturing it all, the filmmaker hired locals to do the same thing with a boat weighing several tons… with Klaus Kinski along for the ride. The result remains a riveting on set struggle. 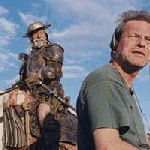 For years it had been director Terry Gilliam’s goal to make an updated “reimagining” of Cervantes’ classic character Don Quixote, and with stars Johnny Depp (as a contemporary Sancho Panza stand-in) and French icon Jean Rochefort in the lead, it looked like he would get his way. Almost immediately, however, the production was plagued by location issues, flash flooding, and some serious health issues for its star. As luck would have it, filmmakers Keith Fulton and Louis Pepe were there to witness the fiasco.