The 10 Greatest Last Performances in the History of Film
By: Bill Gibron

When he died this past June, James Gandolfini left behind a body of work that few working actors could approach. For sensational supporting turns in high profile films to his starring role as troubled Don Tony Soprano in the hit HBO drama, he will forever be remembered as a larger than life man who played frequently down to earth characters. With his second to last featured role in Enough Said (as the potential paramour for Julia Louis-Dreyfus’s divorcee) coming to home video this month, we’ve decided to highlight ten other actors who died shortly after doing some of their best (or indeed, their greatest) work in front of the lens. These last great performances often point out that, no matter how accomplished they were in their youth, some stars can shine the brightest right before they are dimmed forever. 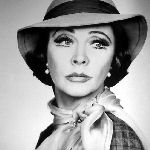 Though she was long past her prime and struggling with significant personal demons, the former Scarlett O’Hara/Blanche DuBois was on her best Oscar-winning behavior as an aging divorcee looking to kick up her heels in Stanley Kramer’s multilayered melodrama. Just the desperate look in her eyes, apparently a combination of her acting aplomb and her own internal issues, turned the story of this adventurous matron into the stuff of cinematic legend. 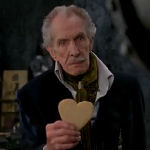 Though silent and mostly still, the late great horror icon was perfect as the inventor so eager for a child of his own that he haphazardly built one. Throughout the long flashback featuring the fright film favorite, we watch an expert in expression, Price’s ancient features and gnarled hands adding more spirit and suggestion to the script than anything offered by his younger costars. The key to his turn? When he’s gone, we miss him more than we imagine. 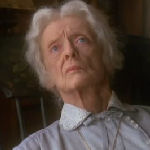 Though she technically began working on Wicked Stepmother before she passed away, Davis walked off that film, leaving this as her lasting legacy… and it’s terrific. She’s Libby, an elderly widow living with her sister (Lillian Gish). She is so cold and harsh that she thwarts her sibling’s attempt at a normal life. While the synopsis seems sadly dour, Davis and Gish are great at playing this delicate time in someone’s life, reflecting a resilience and resolve that few half their age can find. 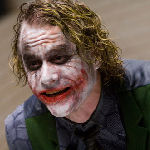 This one if kind of obvious, and also very odd. Few actors ever win accolades for playing a character in a genre film, let alone win an Academy Award, but the late Australian A-lister did just that, perfecting the role of the Joker in Christopher Nolan’s landmark comic book reimagining before overdosing on prescription drugs. Though he was working on Terry Gilliam’s The Imaginarium of Dr. Parnassus when he passed, this is his last fully realized role, and it’s worthy of all the acclaim. 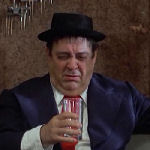 This part had particular import to the larger-than-life Broadway star. During his early years, Mostel was tagged as a Communist and more or less blacklisted from the business. Even though he worked steadily on stage, he found it more and more difficult to find legitimate work outside of it. Here, he plays a comic actor who is adversely affected by McCarthyism, leading to turmoil and a tragic end. Many of the incidents onscreen were taken from things that actually happened to Mostel himself. 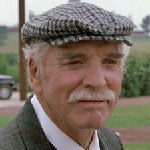 Feeling his age and lacking a real appreciation for the script, the famed Hollywood icon initially turned down the role of Dr. Archibald “Moonlight” Graham. When a friend suggested he was stupid for doing so, he changed his mind, and ended up in one of the greatest sports films of all time. His character, a physician who once tried to play professional ball, brings the entire narrative around full circle, helping our hero (Kevin Costner) recognize what he truly missed from life: his dad. 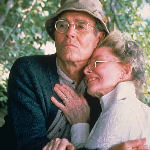 It was a role custom-built for the Hollywood legend, one his equally enigmatic daughter Jane rallied for (she bought the rights to Ernest Thompson’s play in hopes her father would take the lead). The result was Fonda’s only Oscar and a chance to work out difficult personal issues with a child he barely knew (both onscreen and off). While his costar Katharine Hepburn was equally electrifying, Fonda’s turn takes the sometimes saccharine storyline into some dark and difficult terrain. 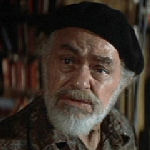 As a sage representative of a world long gone, the former Hollywood heavy who made his career out of playing gangsters and baddies offered up one final tour de force in this seminal sci-fi cautionary tale. Even before he enters the euthanasia center to say “Goodbye” to an overpopulated planet he no longer understands, Robinson was troubled by his own health issues. After filming his final scenes with co-star Charlton Heston, he told his friend he had cancer. He died 12 days later. 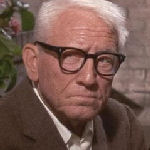 Interracial marriage was a hot button issue in the mid-’60s and this film did little to calm the controversy. It did, however, have two of the screen’s greatest actors — Tracy and his companion Katharine Hepburn — eventually rallying on the side of acceptance and understanding in a time of great political and social turmoil. At first, the actor’s character cannot conceive of his daughter marrying a black man, but as the evening wears on, he makes a statement that shows how attitudes are challenged, and then change. 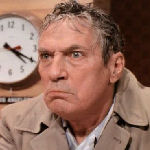 Finch was more or less unknown when he took the role of a firebrand network news anchor who becomes a pop culture lightning rod in Paddy Chayefsky’s commentary on the corruption of journalism by entertainment and its needs. Through a series of strong soliloquies, along with a subplot involving the rush for ratings, this film found a way to condemn a medium that was still struggling to keep its integrity. Thanks to Finch’s work in the film, Network is now more prescient than ever.