When To the Wonder, Terrence Malick’s latest cinematic tone poem, finally hit theaters last month, many wondered where previously announced stars Jessica Chastain, Rachel Weisz, Amanda Peet, Barry Pepper, and Michael Sheen were. Apparently, as he did with his WWII thriller The Thin Red Line, the director filmed material with many cast members, using the editing room for a kind of actor attrition. Now, this isn’t the first time an established performer has found their work wasting away among studio scraps. Heck, Woody Allen hated the first version of his film September so much that he recast and reshot the whole thing, and Stanley Kubrick discarded work from Harvey Keitel and Jennifer Jason Leigh for his final film, Eyes Wide Shut. In that regard, here are 10 more famous faces who found their efforts removed. 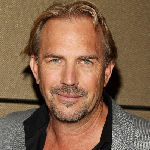 As the film that announced the arrival of the Baby Boomer generation as a potent cultural force, Lawrence Kasdan’s ensemble dramedy is well remembered for a lot of things. The terrific cast. The collection of classic ’60s songs… oh, and the removal of a novice Kevin Costner from the final cut. Remember the “friend” who committed suicide which brought about the narrative’s impromptu reunion? That was Costner, and while his flashback scenes were discarded, he does actual make it into the movie — as the body in the casket. 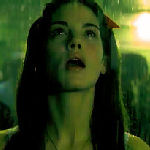 2005 was a bad year for the Gone Baby Gone star. First, her character in the George Clooney vehicle Syriana was cut, then another role, as the half-breed demon lover of the title character is the Francis Lawrence adaptation of the cult comic was excised as well. In both cases, the filmmakers fawned over the unceremoniously axed actress, but something good did come out of it all. Her audition for Constantine won her the part of Tom Cruise’s fiance/wife in Mission Impossible: III. 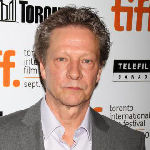 It wasn’t supposed to start with the death of a high school girl. No, this remake of the beloved J-Horror classic had Cooper as a serial murderer and rapist hoping to convince journalist Naomi Watts to plead his Born Again case to the press. Naturally, once she discovers a videotape that can cause a person to die, guess who gets a copy in the end. Apparently, he was so good that the intended bookend material confused preview audiences (“what happened to that bad guy?”). So he was dropped. 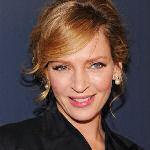 In the latest film from Oliver Stone, the statuesque star signed on the play the mother of trouble drug concubine Blake Lively.  Apparently, her scenes with the younger co-star explained why the character of O was such a flawed free spirit. When the running time started to grow exponentially, however, Stone had to trim stuff. Though mentioned a few times in the final film, Thurman’s multiple divorcee diva is nowhere to be seen. 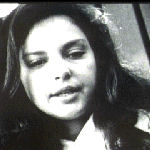 Another Oliver Stone film and, again, another role removed for running time reasons. Apparently, there was a nine-minute courtroom scene featuring famous mass murders Mickey (Woody Harrelson) and Mallory (Juliette Lewis) Knox — it’s available as a bonus feature on some DVD releases — and it offered Ms. Judd getting assailed by our antiheros. She eventually dies at the end of a… pencil. Apparently, it’s even mightier than the pen, or the sword. 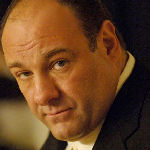 With a subject as touchy as 9/11 as its foundation, this film found itself having to tread lightly on the memories of those who died.  This was no truer than when Sandra Bullock’s character, the widow of attack victim Tom Hanks, started up a reluctant romance with Gandolfini. Audiences bristled at such ‘disrespect’ (you figure it out), so while he did good work in the movie, is role was eventually cut. Not even Tony Soprano would appreciate such insolence. 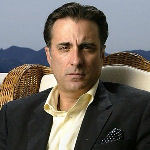 Another high profile picture. Another unnecessary love interest. When Michelle Pfieffer’s retired Marine turned teacher wanted to unwind after a day of trying to teach the unreachable urban kids of a California high school about literature, she fell into the arms of this Godfather Part III actor. Indeed, Garcia was still a hot commodity after the final chapter in Francis Ford Coppola’s epic trilogy, but apparently, audiences didn’t think so. His part was purged from the final cut, apparently to make room for more raps about Dylan Thomas. 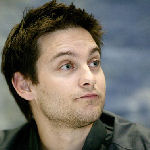 When is an actor too famous? When his previous star power as a certain webslinger distracts from his attempted portrayal of a well-meaning journalist. For those who have seen director Ang Lee’s Oscar winning work, the part of the reporter who listens to Pi’s story ended up being played by Rafe Spall. Apparently, whenever Maguire was on the screen, his Spider-man presence threw everything off. Instead of sticking it out, Lee recast the role and reshot the scenes. 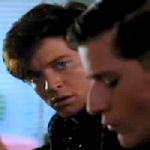 For our last two selections, we are going with actors who didn’t really get a chance to finish what they were doing with a particular role. In this case, Marty McFly was not going to be an earnest TV actor named Michael J. Fox. Instead, Eric Stoltz, fresh off of his work in Mask, was hired to play the hero in Robert Zemeckis’ much loved time travel blockbuster, but a few weeks in, he was fired. The reason? Stoltz was too serious and not “funny” enough for the material. 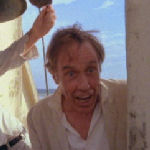 Anyone whose seen the wonderful documentary Burden of Dreams knows that Werner Herzog’s epic about a man who literally lifts a showboat over a South American mountain was fraught with difficulties, even before the filmmaker tried to capture said crossing without the use of special effects. Indeed, original cast members Jason Robards (as the title character) and Mick Jagger (as his assistant Wilbur) had completed 40 percent of their work when the former came down with dysentery. Then the latter had to head off to roll with the Stones. When old friend Klaus Kinski agreed to play the lead, Herzog rewrote the script, jettisoned the sidekick, and started over from scratch.