No magic spells. No mass murdering rage. No supernatural funny stuff. Just ten movie characters who’ve take their craven desire to see others suffer to exhaustive extremes. Sure, over the decades, we’ve had such notorious baddies as Darth Vader, Jason Voorhees, Freddy Krueger, Michael Myers, and Dr. Hannibal Lecter, but they actually pale in comparison to the horrific personalities (and atrocities) visited on the victims of the vile villains featured here. We’ve purposely avoided such well-known names to give a few newbies shot, though some scoundrels are so bad they deserve a mention no matter the perspective or parameters. You can argue with their placement or inclusion in this list, but what you can’t debate is how ghastly they are. These rogues make your routine criminals seem cute. 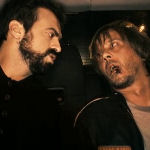 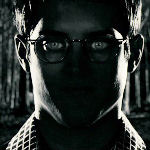 Protected by a Higher Power — or better yet, someone who supposedly serves an omnipresent moral authority — this mute cannibal kills prostitutes and other unknown women, eating their various body parts before adorning his killing room with trophies of their heads. In an added bit of badness, he’s given his religious accomplice a taste for human flesh as well. From his silent, slightly smarmy facade, to the well trimmed and sharpened nails on his hands, this is one noir nasty. 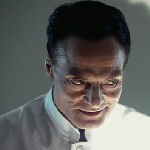 When science rejects his skills as a famed surgeon (specializing in the separation of conjoined twins), this noted German doctor decides to “show the world.” He proceeds to kidnap two American girls and “attach” them to a Japanese man, creating the title terror. Of course, as with most evil plots, this one doesn’t make a lick of sense. Sewing people together, ass to mouth, doesn’t really prove that Heiter is a great man, just gnawing-on-his-own-cerebellum insane. 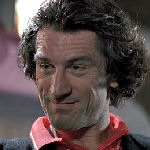 Prison gives a man a long time to think… especially when the thoughts revolve around getting back at the lawyer who you believe failed to fully represent you to the best of his abilities. When Cady is finally released, this convicted rapist (as if that wasn’t bad enough) decides to stalk and subvert the supposed normality of attorney Sam Bowden’s life. In the Martin Scorsese remake, Cady even tries to sexually seduce his target’s teenage daughter to really undermine the family man’s sense of safety. Ewww. 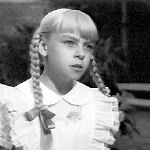 Not only is this little girl with a homicidal streak bad, the movie makes it very clear that she was born and genetically predisposed to be so malfeasant. No matter, since everything little Rhoda does is a manipulative scheme to get what she wants and make others suffers. She burns a handyman alive in his straw bedding, while bludgeoning a classmate with her shoes and then drowning him over a penmanship medal. Oh, and did we mention Rhoda is EIGHT YEARS OLD! 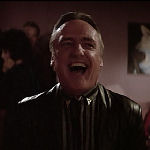 Now here is a man with mommy issues. And a fashion fetish. And a desire to destroy anyone or anything that gets in his way. As a small town drug dealer with an affinity for nitrous oxide, Pabst Blue Ribbon, and “love letters sent straight to your heart” (read: bullets) this disturbed denizen of Lumberton makes even a song lyric from a Roy Orbison song sound positively Satanic. Before getting his mandatory last act comeuppance, we fear nothing can defeat him. We’re almost right. 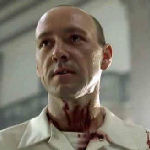 Called upon by God to rid the world of its various sinners in hopes that it will show others the wickedness of their wanton ways, this bald baddies finds some incredibly creative (and highly nasty) ways of dishing out his deliverance. He makes one victim eat and eat until he explodes internally while spending one year torturing and starving a pedophile just so he can use his mummified hand to lead the police toward another clue. Not that’s dedicated evil! 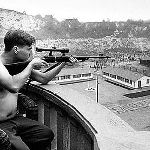 Okay — he’s a Nazi, which by its very nature, makes him a horrible human being. But when given domain over a concentration camp, our crazed commandant decides to spend his mornings shirtless, smoking a cigarette, and picking off prisoners in the main yard with a high-power rifle. He even kills a young man over his less than perfect cleaning skills. It was never a question of following orders for this real-life war criminal. It was about enjoying the torture and torment of others. 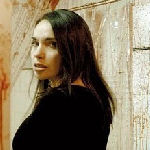 After losing her child in an auto accident, this dangerously unhinged woman comes after our pregnant lead, looking for a little post-natal revenge. The result is without a doubt one of the bloodiest, goriest, and most violence fright films ever made. Body parts are pierced and pulled apart as our manic mother-to-be does everything she can to make sure her maternal instincts are fed… and just when you think things can’t get any worse, a last act bit of homemade surgery seals the deal. 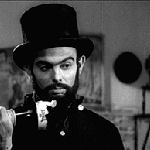 Why have we put the top hat wearing mortician created and portrayed by Brazilian legend Jose Mojica Marins at number one? Why does this character warrant the top prize when it comes to malevolence? Well, not only does this deranged maniac want to destroy the Establishment and the fawning love of religion, he wants to destroy God as well! He won’t rest until the secular supplants the sacred in the hearts of every human on the planet. Talk about being bad to the bone.