10 Directors Who Need to Make a New Movie ASAP
By: Bill Gibron

Sure, true art requires inspiration. Just look at the mediocrity coming out of the Hollywood hack machine every single week. When a filmmaker is truly taken with something, unable to live or breathe without bringing it to the big screen, we all benefit from their muse. But there are at least ten directors who have taken their sweet time bringing their particular vision back to audiences. Consider this list a call-out, a challenge to these talents to get back behind the lens where they belong. We, and the art form they have enhanced, miss them. 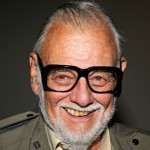 On the Horizon: Umm…

Romero has said that he wants to make two more zombie films before he quits the living dead all together. He also wants to squeeze a different kind of horror film into the mix before then. Of course, all of this was predicated on the success (or failure) of his last film, 2009’s Survival of the Dead. Since many believe it is the horror maestro’s worst installment in the series, we probably won’t see more cannibal corpses. Still, with his high geek quotient, something like Kickstarter could turn his dark dreams into macabre reality. 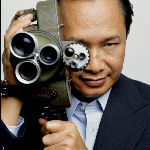 On the Horizon: Flying Tigers (?)

It took five years following the commercial failure of his last Hollywood film, the Ben Affleck thriller Paycheck, to get Woo back behind the lens. Sadly, few outside the arthouse crowd saw his epic Red Cliffs. Now, the influential filmmaker is hoping to make another war film, this time focusing on a group of civilian soldiers. He’s also OKed a remake of his seminal crime masterpiece The Killer. Still, it would be nice to see the visionary behind Hard Boiled and A Better Tomorrow tackle that kind of material again. 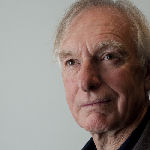 Three years is not a long time when you consider Weir’s work. His last effort, an anti-communism drama set in Siberia, was not his best. Even worse, he’s only made 15 films in 40 years. Those hoping for a return to the Master and Commander franchise may be waiting a long time. Weir is currently juggling dozens of rumored projects, many of which recall previous wonders like Gallipoli, Picnic at Hanging Rock, and The Year of Living Dangerously. 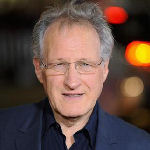 On the Horizon: Untitled thriller

With the news that he’s just inked a deal to direct the untitled film mentioned above, it appears Mann’s time on this list will be limited indeed. Still, when you consider that he often goes years without making a movie, we should feel lucky that he’s back behind the lens — or so they say. From his stylized strides in the ’80s to his championing of the digital medium, Mann’s films are always events. Here’s hoping this new one is as well. 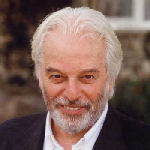 On the Horizon:  The Dance of Reality

For a while, Jodorowsky was MIA. Santa Sangre was his last internationally released film, and in between cinematic diversions, he’s penned comic books, wrote and directed plays, and disowned the last movie listed above (the producers kept him from deviating from the script). Now, it appears that Jodorowsky may be back. The surrealistic and autobiographical Dance of Reality is scheduled to be released sometime this year and the 84 year old is supposedly working on a sequel to his most famous film, El Topo. Fingers crossed that he realizes one, or both.

The list of potential projects for Darabont reads like a film geek’s must-see collection. An update of Fahrenheit 451. More Steven King adaptations (including the no-brainer The Long Walk). Perhaps an original story of some sort? Whatever he does do, the man needs to be doing it quickly. He survived his firing at the hands of AMC, his work on The Walking Dead turning the series into one of the biggest genre successes of all time. He deserves better. Solidarity, brother! 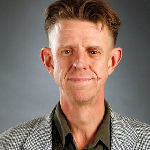 On the strength of Sid and Nancy alone, Alex Cox should be back making movies — big budget Hollywood movies. While he’s dabbled in micro-financed work for the last decade, few of said films have made it beyond direct-to-DVD. Even his efforts to make a sequel to his first big success — Repo Man — fell to studio interference. Since 2009, he’s been teaching. What he really should be do is repeating artistic triumphs like Walker and Searchers 2.0. 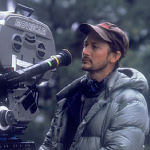 On the Horizon: Blood Meridian or The Creed of Violence

So, you make a couple of films, you earn a few Oscar noms. Your name should be on every studio suit’s go-to list of available talent, right? Well.. .not really. Field, who released In the Bedroom and Little Children to cries of critical joy, has been struggling with that most elusive of career concerns: development Hell. The titles listed are merely tentative, rumors that have yet to be realized. Of course, there’s always voice work on Aqua Teen Hunger Force. 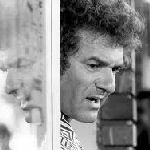 On the Horizon: Nothing 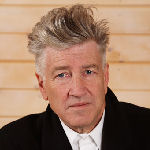 While he’s been busy doing everything except making movies (touring the globe championing Transcendental Meditation, voicing a character on The Cleveland Show), the American auteur has yet to return to the medium that made him a master. In a recent interview, he claims to have no stories or ideas that “compel” him to direct again. Let’s hope he finds something soon. Film has been lost without his fever dream designs.