The 10 Best Uses of the “Shaky Cam” Technique in Films
By: Bill Gibron

While we like to think of it as a recent development in the history of cinema, directors have been experimenting with handheld camerawork as far back as the ’40s. Usually employed for a singular effect, it wasn’t until the ’60s, and the dawn of the cinema verite movement in documentaries, when filmmakers in general felt they could employ the device to feature -length ends. Now, handheld photography is a regular part of the Cineplex experience, especially popular with action films and horror offerings employing a first-person POV perspective to up the audience’s identification with the events onscreen. This time around, we’re not focusing on the “found footage” idea. Instead, here are our Top 10 picks for the best use of the shaky-cam in creating thrills. No matter if you get nauseous or not, its use in these titles argues for its viability as an approach and artistic statement. 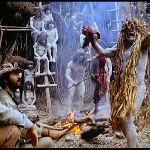 Along with The Blair Witch Project, this Italian splatter film is often considered the granddaddy of shaky-cam efforts. Throughout its defiant dissertation on the heartlessness of the media, we witness a group of TV execs as they screen footage taken by a missing camera crew tracking tribes in the Amazon. The results include animal atrocities, human horrors, and enough jitterbugging viewfinders to send audience clutching for their barf bags. Even today, there’s too much focus on the grotesqueries and not enough on the movie’s message. 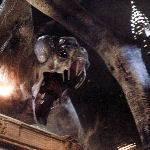 What if Godzilla arrived in NYC and a group of partying post-adolescents were there to capture the destruction? That’s the basic idea behind Matt Reeves and Drew Goddard’s 2008 hit, a combination of big budget building collapses and incoherent Gen-Y screams. Sure, we constantly question why conscientious cameraman Hud doesn’t just drop the device and run like hell, but hey, it’s a movie. The technique works here, and the results are frequently breathtaking. 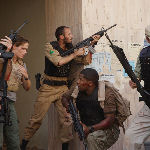 A suicide bombing occurs on a military base in Saudi Arabia, killing dozens and injuring many more. The FBI sends in a team of experts to decipher what happened, coming face to face with the kind of clash of cultures you expect when West meets weaponized Fundamentalism. Along the way, director Peter Berg stages several sensational actions scenes, all utilizing a kind of frenzied filmmaking style meant to mimic the confusion that comes with being a preyed-upon stranger in an even stranger land. 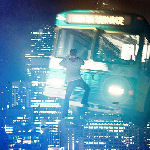 Three high school friends stumble upon a fallen meteor while at a party. They are immediately infected with the alien object’s “powers,” gradually turning them into superheroes. Along the way, we experience the levels of discovery and distance these guys feel as they experiment with and gain power over their abilities. Naturally, we end up with a good vs. evil beatdown, all of it captured on cameras cleverly explained away to avoid that “why are they still filming?” problem that many of these movies suffer from. 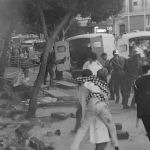 In the early ’50s, the North African country of Algiers hoped to remove itself from the strongarm tactics of its colonialist occupier, France. So a revolution occurred, creating the foundations of urban guerilla warfare that are still in use today. Italian filmmaker Gillo Pontecorvo, inspired by the recent trend of cinema verite in documentaries, decided to shoot his reenactment of the events in a newsreel like fashion, placing the viewer in the middle of both the mayhem and the more mundane elements of war. 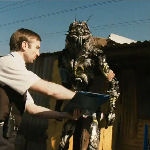 The premise here predicates the use of a handheld ideal. Writer/director Neill Blomkamp wanted to provide a more factual approach to his speculative fiction, telling the story of the aftermath to an alien “invasion” from the standpoint of individuals documenting a proposed relocation of some intergalactic refugees. The trick works, and eventually we forget the device and focus on a message meant to mimic our current concerns over immigration and the treatment of the itinerate. As a moviemaking metaphor, it works wonderfully. 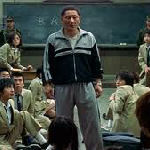 Kinji Fukasaku’s take on Koushun Takami’s novel is the real Hunger Games, down to its original use of a wild, frenetic filming style. While much of the movie is told in sedate set pieces, the various kid-on-kid killings often go overboard, hoping that the more personalized approach will increase the overall impact of the subject matter. While it’s hard to define this film as purely part of the shaky-cam world, its use of the technique (and its overall greatness) requires its inclusion. 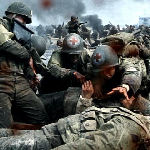 Steven Spielberg used to be the king of the awe-inspiring establishing shot, actors and F/X merged to make us drop our jaws in wonder. But when taking on D-Day and the Invasion of Normandy, the seasoned director dropped most of his mannerisms and gave us what could best be described as a reporter’s “you are there” POV. Bodies and blood fly past the lens and the cameraman desperately tries to keep things in frame. The chaos of battle has never seemed crueler. 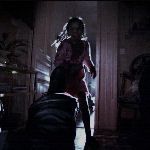 A female reporter, stuck doing a regular report on firemen during the late shift, takes her cameraman into a seemingly normal apartment, only to have a horrific zombie plague break out. As they rush from floor to floor, looking for survivors and a way out of quarantine, the viewer feels trapped as well. This is one of the best uses of the technique since it allows for both a clear idea of what is going on while offering all the jumps and jolts of a limited, jumbled perspective. 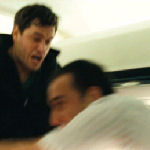 If there is anyone to “blame” for the now commonplace use of shaky-cam tricks as part of an action film or thriller, it would be Paul Greengrass. He took the Bourne franchise away from Doug Liman and infused it with enough jittery stunt sequences to make even the hardiest stomach develop a clear case of queasiness. But here, working from a script depicting the fictionalized last flight of the title plane on September 11th, Greengrass puts his penchant to perfect use. The chaos only adds to the story’s sense of heartbreak.