The 10 Best Uses of Anachronism in Film
By: Bill Gibron

An anachronism, by very definition, is something out of place within a certain setting. A cellphone in a story set in the 1880s, or an old fashioned device in a modern film sequence. For the most part, filmmakers like to stay specific to the epoch they are working within. Indeed, nothing drives an audience crazier than seeing something blatantly out of place within a narrative trying desperately to describe a particular period. In other instances, however, anachronism can and has been used intentionally, to great artistic effect. Below, you will find 10 examples of its best application, from a history-baffling hodgepodge of social snippets to the insertion of pop hits during the reign of an 18th century French monarch. In all cases, the director’s designs help accentuate their points. In most of them, audiences are still scratching their heads over their inclusion. 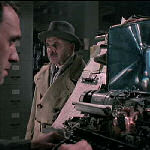 Terry Gilliam’s glorious masterpiece is what most of us think about when we consider the use of divergent elements from differing eras as part of an original vision. Mixing numerous nods to the Industrial Revolution, Russian propaganda, George Orwell, and his own warped Monty Python view of the world, he creates a landscape wholly foreign and yet complete in sync with what we view as possible reality. There are even moments when we think we are watching our actual society in freefall, that is, until Gilliam adds another eccentric touch. 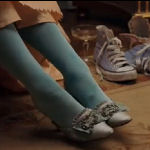 How do you get across the fact that the famed French royal was only 14 when her marriage to Louis the XVI was arranged? Why, by incorporating a few recognizable adolescent trademarks along the way. For her film, Sofia Coppola outfitted her characters in Converse sneakers while a collection of contemporary hits played in the background. All of this was meant to highlight the juvenilia in Louis and Marie’s reign, and while some take issue with their inclusion, the anachronism definitely made her point. 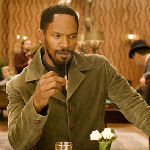 Quentin Tarantino may be the most successful user of the style in all of contemporary filmmaking. Heck, he even altered World War II to reflect his “film saves the planet” pastiche in Inglourious Basterds. But it was this clever combination of spaghetti western, slavesploitation, and buddy action film where said rhythms from the various genres of the past stood out. At the moment when Jim Croce’s immortal “I’ve Got a Name” comes on the soundtrack, this pre-Civil War era effort truly takes off. 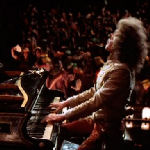 Ken Russell was notorious for mixing and matching his methodology to conform to his idea of how to approach a subject. Most notoriously, he used rampant Nazi imagery for a since-banned look at the life of Richard Strauss. Here, he takes the career of another famed composer, Franz Liszt, and inserts all manner of modern rock star iconography into the mix. A tale of the aforementioned classicist and his friendship with rival Richard Wagner, it remains a gloriously mental mash-up. 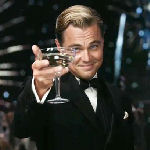 Baz Lurhmann was lambasted earlier this year for this mostly accurate take on F. Scott Fitzgerald’s literary masterpiece, especially when he decided to add modern hip-hop and rap to the soundtrack. This was the Roaring ’20s, not a trip to the local gentleman’s club, after all. But by focusing on the aural cues to a new era of excess, Lurhmann emphasized the decadence inherent in it, and by direct correlation, provided a way for a contemporary audience to understand such cultural corruption. 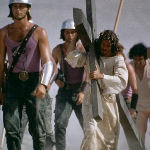 Now this is just brilliant. How better to modernize an already modern take on the life and times of Christianity’s true celebrity than by having a cast of counterculture types reenact the rock opera among the ruins of the Holy Land. Norman Jewison took Andrew Lloyd Webber and Tim Rice’s collection of songs and stuck them into a commentary on the newfound spirituality inherent in the post-Peace movement. He even added a few bits of modern weaponry and iconography to make the concept particularly potent. 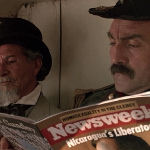 Alex Cox followed up his fabulous Sid and Nancy with this cult oddity, castigated by critics for taking the tale of a 19th century mercenary and tarting it up with nods to the then-current struggles in South America. The title character wants to take control of Nicaragua and, with a rich industrialist’s help, stages a coup. The use of modern elements — a copy of Newsweek, bottles of soda pop, and other consumerism touchstones — turned a simple drama into a searing political commentary. 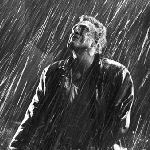 Like Brazil, this movie exists in its own warped cinematic reality. It takes its cues from the hard boiled noirs of the past, while giving its characters an uniquely modern spin. We are never quite sure what era we are in; old-fashioned cars from the ’40s and ’50s sit side by side with helicopters and other machinery from times further in the future. Make no mistake about it — creator Frank Miller and director Robert Rodriguez wanted to reset the subgenre to speak to today’s film fan. This film definitely does. 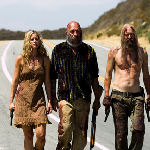 Like the entry at number three, it’s all about the approach here as well. Rock star turned filmmaker Rob Zombie earned a bit of a cult following with his first feature, House of 1000 Corpses. Deciding that the murderous Firefly family needed another big screen outing, he came up with this cops and robbers manhunt, and then did something absolutely amazing — he placed the narrative within a flawless beat-for-beat recreation of the exploitation films from the ’50s and ’60s. It turned novelty into true grit. 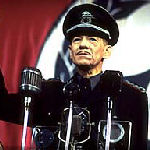 Shakespeare is probably the easiest source material for anachronism. His stories may be set in time far off in the distant past, but his characters and stories and words are so timeless that they easily translate into another era. Here, we get a dystopian England clearly influenced by Fascism and the rise of Communism in Eastern Europe. With costumes and sets that move beyond the contemporary and into something more akin to science fiction, we find the perfect balance of old and new, strident and surreal.

2 thoughts on “The 10 Best Uses of Anachronism in Film”