The 10 Best Musicals of All Time
By: Bill Gibron

They got their start in the revue, the singing and dancing entertainment option that eventually gave way to vaudeville. Around the turn of the century, they stopped focusing solely on the music and brought more story and character into the mix. By the dawn of the jazz age, the musical was in full swing, and an infant medium know as film wanted in on the action. Since then, we’ve seen the genre sway from complete cultural dominance (the ’20s through the ’50s) to forgotten Golden Era antique (the ’70s onward). Today it’s a treat, a go-to gimmick to give talented actors and actresses a chance to show off their considerable performance chops. With the release of one of the worst recent examples of the type (2014’s adaptation of Annie) now hitting home video, we look back and pick the 10 best examples of such big screen spectacles, each one guaranteed to get your toes tapping and have you humming along to the score. 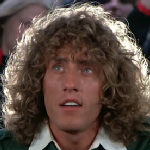 What do you get when you pair up the infamous bad boy of British filmmaking (Ken Russell) with the double LP that launched a near two-decade devotion to the concept album? Why, this fascinating take on the Who’s classic “rock opera.” Bringing his own unique vision to the project, Russell imbued Pete Townshend’s story of a deaf, dumb, and blind pinball wizard who becomes a post-modern messiah with his typical LSD-like tricks, and the results became an ahead-of-its-time aural and visual treat. 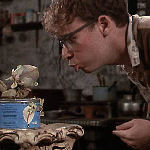 Many consider this one of the last great old fashioned musicals, and with good reason. While the story is a bit surreal for a typical Broadway show (an alien plant picks a loser nebbish to supply it with the blood it needs to live), the songs — from Alan Menken and Howard Ashman — announced two new voices to the American theater. Their influence, especially through their work with Disney and numerous awards, would come to redefine a genre awash in Andrew Lloyd Webber excesses. 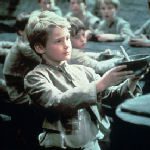 Of course, the big problem with naming this film as one of the artform’s best is the inevitable arguments that follow (it shouldn’t have won Best Picture, and Stanley Kubrick deserved the Best Director Oscar that year, not Carol Reed). On the other hand, this Lionel Bart beauty has so many memorable songs (“Food, Glorious Food,” “Consider Yourself,” “As Long as He Needs Me”) that to not include it would be a crime. Timing is everything when it comes to awards. Oliver! remains eternal… and terrific. 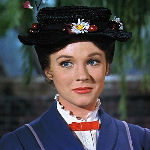 Call it just desserts. British diva Dame Julie Andrews had originated the role of Eliza Doolittle for the stage version of My Fair Lady. When it came time to cast the movie, she was overlooked for “star” Audrey Hepburn. Walt Disney jumped in and landed the undeniable talent for his adaptation of P.L. Travers’ popular books, and the result was an Oscar for the actress. Oh, and the magnificent score by Richard and Robert Sherman picked up trophies as well. A House of Mouse masterpiece. 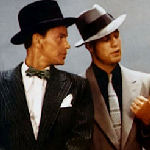 Granted, the casting is a bit wonky. Marlon Brando could barely sing. His costar, Jean Simmons, was marginally better. However, their onscreen chemistry convinced director Joseph L. Mankiewicz to cast them in this adaptation of Frank Loesser’s hit Broadway show, much to the chagrin of supposed lead Frank Sinatra. He originally wanted Brando’s role, but lost it because the Method man was a bigger box office draw at the time. But it’s Vivian Blaine, as Sinatra’s love interest, that really steals the show. 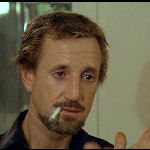 First off, this was not based on a stage show. Instead, theater legend Bob Fosse borrowed heavily from Fellini’s 8 1/2 to reconfigure his semi-autobiographical look at a life spent in service of the elusive hit musical. The inferences and allusions are so thick, and the indulgences so audacious, that it really shouldn’t work. On the other hand, Fosse’s ability both behind the lens and as a choreographer argument for one of the medium’s true greats. As much a critique on his life and work as a celebration. 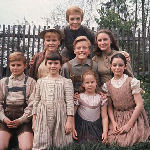 Yes, we had to include this one in here, even if its saccharine sweet look at life in Austria during the Nazi occupation borders on an insult. Julie Andrews is back, taking over for stage star Mary Martin, and with a revamped score by Richard Rodgers and Oscar Hammerstein II (original songs dumped, new songs added) the film would go on to become the definitive version of the well-loved musical. It was also a box office smash, earning over $268 million internationally — in 1960s/1970s dollars. 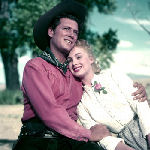 Many people consider the aforementioned Rodgers and Hammerstein film as the gold standard of the theatrical form. From their work solo to the classics they composed together, few can touch their amazing back catalog–with many considering this to be their first true masterpiece. Inventive in both subject matter and approach (see: the “Dream Ballet” for proof), the duo, along with choreographer Agnes de Mille, created the blueprint by which all future stage shows would be based. The film version merely confirms how special their collaboration was. 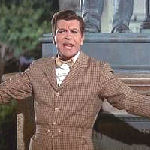 Sometimes, a show’s success rests solely on the shoulders of the performer hired to handle the lead. Robert Preston had won a Tony Award for playing Professor Harold Hill in Meredith Wilson’s Broadway smash, and when the time came to make the movie, the composer objected to the studio’s desire to cast Frank Sinatra. Holding fast, Meredith got his way, propelling Preston directly into the zeitgeist. Sadly, the actor was not nominated for his performance. In reality, his work in this inventive effort deserves more than one gold statue. 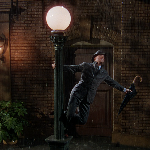 Like other entries on this list, this movie was not based on a stage show (though it would later be adapted into one). Instead, MGM producer Harold Freed decided to take a bunch of songs written during the period of 1929 to 39 and add them to a storyline centering on the industry’s aversion to the whole “silents to talkies” debate. The result is often listed as the greatest movie musical of all time, and who are we to disagree? Inventive, exciting, and filled with fantastic performances, it’s a true American classic.