For some, it’s a professional duty. For others, it’s a journey into the unknown. It can be a voyage beyond one’s experience or merely a means of getting from Point A to Point B. Indeed, we love to differentiate various forms of travel, from business trips to “holidays,” destinations as diverse as a jog down to the local store or a canvassing of the entire planet. We’ve always been explorers, pioneers pushing the boundaries of our own borders, and the cinema has seen fit to reflect on this innate desire. In fact, some of the greatest examples of the artform have used the trek as a means of making insights into who we are and where we want to go. In our mind, the 10 titles here represent the best film has to offer on the various vacation ideals — and in many cases, it’s not just the location, but the getting there, that’s the most memorable. 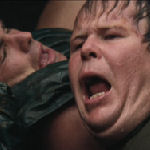 A group of men decide to “get back to nature” and take a canoe trip through the literal backwater burgs of rural Georgia. They end up on the wrong end of some redneck revenge, turning their fun into a fight for survival. Based on the brilliant James Dickey novel, John Boorman’s film offers more than the gorgeous Southern Gothic vistas. Instead, it tricks us, telling us that nothing bad could ever happen in a place so beautiful, only to turn everything torturous and terrifying. 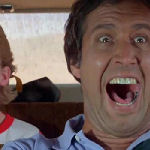 We’ve all been on one — the family trip from hell. The oversized land cruiser causing more trouble than it’s worth, the various members of your kinfolk clamoring for their own bit of “are we there yet?” attention. Writer John Hughes, who would go on to redefine the teen comedy in the ’80s, packs all the possible cross-country cliches into one non-stop state-to-state aggravation. Even the ending argues that, sometimes, it’s better to stay at home and not risk ridicule via such humorous long haul horrors. 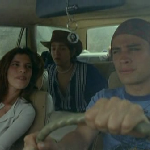 Some have referred to this as a combination of coming-of-age and coy political statement. Others see it as The Graduate done with a Mexican menage a trois. The story does concern two young men escorting an older woman to a fictional beach, with much sexual as well as philosophical tension between them. As with all such travelogues, the backdrops that pass by act as a kind of Greek chorus, commenting on the commotion occurring in Mexico at the time. It’s beautiful to look at and thought- provoking. 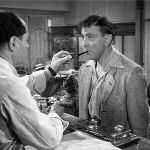 Famed French filmmaker Jacques Tati decided to put down the emerging “holiday taking classes” of his homeland with this ode to Chaplin and Keaton, a mostly silent comedy complete with sight gags and slapstick. There is also satire here, as our title hero runs into various members of other sects (capitalists, Marxists, freethinkers) along the way. There’s also a jab at the newfound fondness for technological advances over tradition. The seaside setting is just that, a true starting point for Tati’s amazing talents. 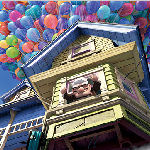 A lonely old man who has given up and is hounded by developers eager to demolish his home decides to make one last grand gesture in memory of his beloved late wife. So he ties hundreds of balloons to his house and heads down to South America as a tribute/trial. Unfortunately, a young scout accidentally plays stowaway, leading to more adventure than mourning. Pixar’s masterful movie, about breaking free from your confining comfort zone and re-embracing life, uses relocation as inspiration, with gorgeous CG vistas as accents. 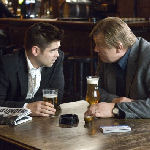 A pair of professional hitmen (Colin Farrell and Brendan Gleeson) botch a supposedly easy job and are sent to the title town in Belgium to “lay low” until their employer can straighten out the mess. The older man finds the city quite charming while the younger, less experienced criminal can’t help but stir up even more trouble. When the boss orders a double cross, the location becomes a memorable cat and mouse maze. Even with all the crazy plotting, writer/director Martin McDonagh keeps Bruges front and center. 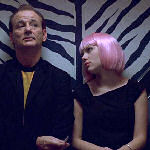 It’s really nothing more than an almost-May/December romance set within a post-modern artist ideal. On the other hand, Sophia Coppola’s Oscar-winning screenplay twists the whole “stranger in a strange land” conceit to comment on a person’s internal, as well as external, journeys. Bill Murray is the aging star coming to Tokyo to film a whisky commercial. Scarlett Johansson is a young wife looking for a connection while her photographer husband works. They bond amid the tantalizing technological splash of the famed future shock city. 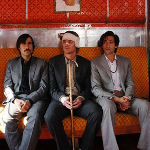 In essence, this is a film about three brothers taking a trip across India in hopes of finding their estranged mother. It’s also a travelogue of the various stops along the way, including visits to temples and fringe villages. The gorgeous elements are juxtaposed against the poverty inherent in the country, but director Wes Anderson uses the exotic a as a means of underscoring the “first world problems” of his uptight Western trio. He also allows the wonders of the region to win the audience over. 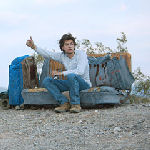 Based on the sad but inspiring true story of Christopher McCandless, an honor student who simply dropped everything and escaped to a life “off the grid.” While his final days are tragic, the means of how he got there, and the various people and places he encounters along the way, turn Sean Penn’s film into an amazing statement on diversity and desire. By showcasing one young man’s need to leave the world behind and find solace among nature, Wild both supports and censures such wanderlust. 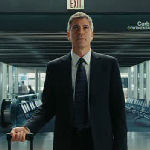 Sometimes, a trip is not about the destination, but how one gets there. In the case of Ryan Bingham, all that waits for him at the end of a four-hour flight is a line of people he is hired to fire. Indeed, as a professional “terminator,” his entire world is made up of pressurized cabins and sanitized terminals. George Clooney fully inhabits the role, showing us that while most travel enlivens the spirit, his particular kind deadens it.