The Big House. The Hoosegow. The Pen. The Stockade. The Clink. We have so many euphemisms for prison and its various penal offshoots (jail, juvie, etc.) that it’s no wonder we’ve turned these proposed palaces of rehabilitation into cultural curios. For some, they represent protection and safety. For others, they are dens of indescribable inequity. While the truth lies somewhere in the middle, the subject still makes for compelling cinema. With that in mind, we’ve come up with our choices for the 10 best movies about prison. While there are several comedies centering around convicts and their confines (Let’s Go to Prison, Stir Crazy), and lots of lame excuses for entertainment (anything with Sylvester Stallone), these far more dark and disturbing entries are what we think about when the movies go “up the river.” 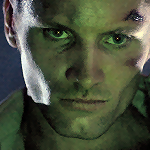 Most horror fans have forgotten (or never heard of) this hidden gem, the first American film made by future action maverick Renny Harlin. It also represents one of the first films where star Viggo Mortensen played the lead. He’s a prisoner haunted by the corrupt correctional institution where he is being housed. Before long, a presence starts picking off the population one by one. Many of the deaths are inventive and very gory, and Harlin adds a legitimately creep vibe to the proceedings. A movie definitely worth seeking out. 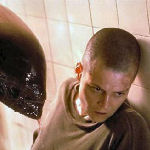 Many fans invested in the universes created by Ridley Scott and James Cameron for this lethal xenomorph mythos hate what David Fincher did to the franchise. Others are more forgiving. The real innovation here is the setting — a prison-run refinery where an all-male population uses evangelical religion as a means of controlling their horrific anti-social urges. Into the midst walks a woman — and a deadly entity with acid for blood and two mouths full of sharp teeth. Fincher’s vision makes the backdrop even more unnerving and claustrophobic 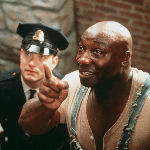 One of two Stephen King titles on this list, with the other being one of the best movies, let alone prison-set films, of all time. This one has its issues (the “Magic Negro” trope) but comes from a sensational source. We are introduced to Death Row guard Paul Edgecomb (Tom Hanks) as an old man, only to learn of the special inmate named John Coffey (Michael Clarke Duncan) from his past. Their time together leads to some intriguing revelations, and one of the most emotionally charged endings ever. 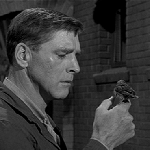 The late, great Burt Lancaster had one of his best roles as the infamous prisoner Robert Stroud, who turned his life around while in prison, becoming a respected ornithologist along the way. While he was never allowed to keep birds in the title institute, he did raise and even sell his hatchlings during his previous incarceration. In solitary confinement for 42 of his 54 years in federal detention, his story became the fodder for a gripping tale, with Lancaster giving an amazing performance in the lead. 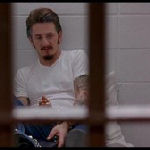 Many thought Sean Penn would finally earn an Oscar for his portrayal of real-life death row inmate Matthew Poncelet. Instead, Nicolas Cage won for Leaving Las Vegas. Penn’s costar, Susan Sarandon, did however finally earn some Academy Award love, playing Sister Helen Prejean, a Catholic nun who agreed to help Poncelet with his final appeal for a life sentence. The movie, directed by Sarandon’s then partner Tim Robbins, takes a brutal, no holds barred approach to both the killer’s crime and the penal process. 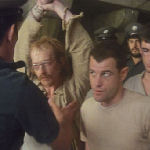 Another true story, this time centering on American college student Billy Hayes (a terrific Brad Davis) who is caught smuggling drugs in Turkey, ending up in one of the country’s most notorious prisons. While there, he befriends his fellow inmates while avoiding the brutality of lead guard Hamidou (Paul L. Smith). When his 30-year sentence is upheld, he decides to make a break for it. With an Academy Award winning script by Oliver Stone and stylish direction from the underrated Alan Parker, this remains a powerful, provocative film. 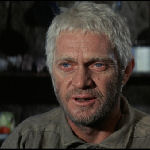 When one thinks about French convicts living on Devil’s Island in the 1930s, one surely thinks of Steve McQueen and Dustin Hoffman as the leads. Actually, that’s a bit sarcastic, but director Franklin Schaffner hired them, with the result being a minor classic. McQueen is Henri Charriere (whose autobiography was the source of the script) a safecracker who is wrongfully accused of murder. Hoffman is a forger who befriends him in the horrific, Hell on Earth penal colony. Everything ends in one of the most nerve-wracking escapes ever. 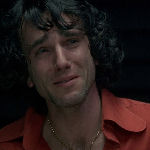 Centering on “The Troubles” in England during the 1970s, this film stars Daniel Day-Lewis as “Guilford Four” member Gerry Colon who was falsely accused of planting two bombs that killed five people. As part of the police raid, his father was also arrested and imprisoned. Colon then made it his mission to exonerate his beloved Pa. With Pete Postlethwaite as his co-star, Day-Lewis gives a devastating performance. He brings a real humanity and humility to the otherwise vilified individual, allowing the innate truth to come out. 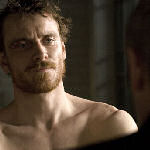 Another film centering on the problems between Britain and Ireland, this time taking on the infamous IRA leader Bobby Sands and his hunger strike to reinstate political prisoner status for his fellow convicts. Directed by Steve McQueen (not the actor in #4) in a slow, somber style, we rarely hear the character (played by Michael Fassbender) speak. Instead, halfway through the film, Sands sits down with a visiting priest and debates the morality of such a physical statement. While not a traditional look at life in prison, it is very telling. 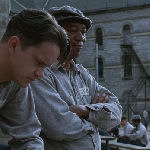 It was a box office bomb when it hit theaters in 1994. Even with Stephen King’s name attached to it (he wrote the source novella), it had to wait until home video to become a hit. Now, it is widely hailed as the genre’s best, a drama about friendship and hope behind bars made even more memorable thanks to the acting work of Morgan Freeman and Tim Robbins. Their onscreen camaraderie and desire for freedom makes the internal elements inside the prison all the more potent.