The 10 Best Medical Thrillers of All Time
By: Bill Gibron

They say that if you want to get and stay well, avoid doctors and (especially) the hospital at all costs. While medicine is a science, it’s not particularly exact, and the desire to save lives often trumps rationality — and in some cases, legality. That being said, Hollywood has had a hard time finding adequate ways of turning the troubles involved in most therapeutic remedies into compelling cinema. Dramas and comedies come across as weepy and manipulative. Only in the horror/thriller realm does the reality of curative measures find a true, and often terrifying, pragmatism. Here are 10 of our favorite examples of science gone insane, of when biology bungled (like in the upcoming The Lazarus Effect) leads to shocking, scary results. 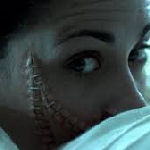 One of the most disgusting films in the annals of the genre, this one-gimmick gross-out is also an intriguing attempt to bring the medical thriller into the new, noxious millennium. A deranged doctor, noted for his work with separating conjoined siblings, is blackballed for his theories. Desperate to regain his position, he kidnaps two American girls and a Japanese man and “connects” them all, mouth to anus. We then witness the nauseating aftermath, including the police’s feeble attempt at bringing this madman to justice. 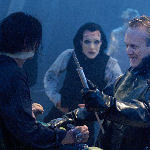 In the future, medical care is so costly that people have to finance their new livers and hearts. When they don’t make their regularly scheduled payments, however, they are visited by corporate repo surgeons who take to immediate action, usually with deadly consequences. While the Jude Law film Repo Men has a similar premise, this is the much better film. It features director Darren Lynn Boseman’s future shock by way of Saw sensibilities, and it’s a musical to boot. A truly unique and unusual allegory. 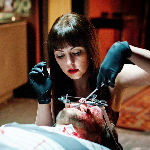 Body image and modification has become a hot subject as of late, and leave it to the genius of the Soska sisters (Jen and Sylvia) to come up with a medical-based horror thriller that provides a solid feminist perspective on both. Our heroine is a medical student having a hard time paying for school. She finds financial salvation in the disturbing world of underground surgery. Soon, she is using her newfound status to make money (and right wrongs), but not without some truly disturbing repercussions. 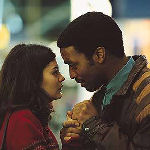 Everyone has heard the urban legend about blind dates that end up with one of the participants waking up in a bathtub full of ice, a hasty homemade suture closing the place where the now-missing body part (usually a kidney) once was. Director Stephen Frears applies this classic cautionary tale to a suspense-filled showcase revolving around a group of desperate immigrants, one of whom was a doctor back in his homeland, who use a hotel as a location for black market medicine. Things go downhill from there. 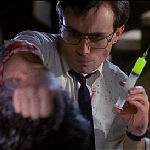 One of the great zombie comedies of all time is also a nifty little look at that age-old medical thriller truism about “Man Playing God.” Herbert West (a terrific Jeffrey Combs) has discovered a serum which can bring the dead back to life. Naturally, an aging rival (David Gale) wants the formula for himself. In between, an entire morgue filled with corpses returns to raise hell, while a fetching female student (Barbara Crampton) becomes the victim of some highly unwanted undead sexual advances. 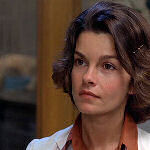 Dr. Robin Cook (yes, an actual doctor) was eager to try his hand at writing. When his first novel failed, he came up with the idea of using his medical training as the basis for a harrowing whodunit. Thus began the path from bestseller to blockbuster, as another member of the profession (Dr. Michael Crichton) turned the book into a major motion picture. The story revolves around a young intern who discovers a pattern among some recent patients. What she finds forms the foundation for its own genre trope.

After winning the Oscar for the haunted romance Ghost, studios were eager for the next script from writer Bruce Joel Rubin. What they got was a weird, hallucinatory trip into the mind of a lost Vietnam vet (Tim Robbins) who may have left the best part of himself on the battlefield, so to speak. Referencing both Post-Traumatic Stress Disorder and the U.S. Army’s experiments with LSD, the narrative twists and turns until we aren’t sure what’s real and what’s not. And then things get even creepier. 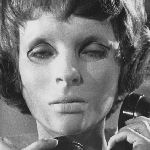 No, we’re not talking about the Billy Idol song. This is the 1960 French film that was considered so scandalous at the time that it had to pass through several censorship tests just to be released in Europe. A surgeon, responsible for disfiguring his daughter in a car accident, is now convinced he can bring back her beauty via skin grafts. Naturally, he has to kidnap and kill those who will “donate” to the cause. Subtle and lacking gore, the results are unsettling. 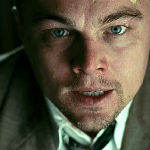 Just because it doesn’t involve operations or disease doesn’t mean an asylum can’t be considered for the medical thriller arena. After all, many of the treatments used in the pre-enlightened world of mental health are as barbaric and physiologically frightening as turn of the century technology could be. In this case, a war vet (Leonardo DiCaprio) has come to the title facility to track down a missing person. It is only later that his link to the spooky sanitarium is revealed, and it’s horrifying indeed. 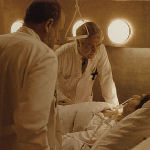 While technically made for television (Danish television that is), Lars Von Trier’s haunted hospital epic is one of the creepiest thrillers ever. Its first four episodes were edited into a five hour film for international distribution, but either version offers up the infamous director’s then Dogme ’95 leanings while co-helmer Morten Arnfred adds his own unique touches. From black market activities to the nightly arrival of a ghostly ambulance, it’s the kind of experience that crawls under your skin — and then slowly begins to rot and decay.