The 10 Best Films About Weddings
By: Bill Gibron

For many, it’s the happiest day of their lives, the realization of a dream and the start of a beautiful bond that will (hopefully) last forever. For others, it’s a nerve-wracking collections of commands, complaints, and complications, a true test of wills for the participants, their parents, and the rest of the now-extended families. Indeed, a wedding can be a peaceful and joyful experience. It can also be a time when tempers flare, vendettas resurface, and the best laid (and paid for) plans go very, very astray. As Kevin Hart proved in this month’s manic The Wedding Ringer, not every holy sacrament is smooth sailing. In fact, in the 10 films we’ve listed here, the “I dos” are just the final act in a parade of possible pitfalls. 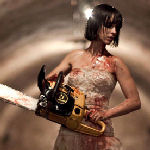 There are a lots of things that can ruin nuptials. Rude relatives. Bad planning. Less than tasty cuisine. But nothing prepares this Spanish couple for a sudden influx of zombies into their fairytale setting. As the third (and arguably weakest) installment in the famed undead franchise, director Paco Plaza reconfigures the fear to be more goofy than gory. Still, there are few moments as unsettling as realizing you’re going to be spending the rest of your life with a butt-kicking Bridezilla (like the heroine here). 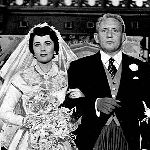 Avoid the Steve Martin remake. It’s all dated contemporary commentary and Martin Short playing for giggles. No, for our money, Spencer Tracy makes a far better befuddled dad, a patriarch unable to part with his cherished daughter (an undeniably hot Elizabeth Taylor). To make matters worse, the small little get-together he’s planned gets thrown aside from a wedding worthy of British royalty. A quaint little comedy, perhaps best known for a dream sequence which sees Tracy traversing a nightmare backdrop worthy of a surrealist like Dali. 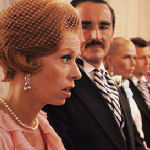 Robert Altman, working through several ’70s idioms, all while fully embracing his experimental, quasi-improvisational tendencies. Taking place over a single day at the titular occasion, we are introduced to the straight-laced, southern Brenners and urbane urbanites the Corellis. Of course, the latter may or may not have ties to organized crime. Mafia connections aside, this particular party has to deal with a dead matriarch, a series of suspicions, and a guest list that contains more than a few closet-dwelling skeletons. Pure insanity… and pure Altman. 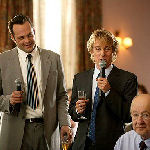 A crude, contemporary masterwork, imminently quotable and laugh out loud ludicrous. Our initial bromance takes place between best buds John (Owen Wilson) and Jeremy (Vince Vaughn) as two guys who love the title experience, gorging on free food and getting liquored up on free booze, all while fooling the families involved into believing that they actually belong there. Eventually, their one night stands start staying over, and what began as funny business based on the frat house becomes a sweet if scatological rom-com.

#6 – Four Weddings in a Funeral 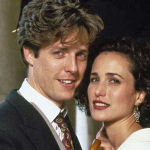 The movie that made Hugh Grant a superstar… at least, for a little while. Thanks to Richard Curtis’ insightful script, Mike Newell’s nimble direction, and fine performances from all involved (including Grant, Andie MacDowell, Simon Callow, Kristin Scott Thomas, and Rowan Atkinson), this was a surprise hit over on our side of the Atlantic, a true example of how a recognizable setting can turn typically English humor into something universally funny. It would go on to be nominated for Best Screenplay and Best Picture Oscars. 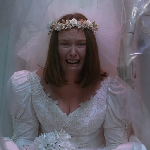 A true crowd pleaser, Australian writer/director PJ Hogan’s ode to “ugly ducklings” everyone introduced Toni Collette to the rest of the world and reinserted ABBA into the cultural conversation. This 1994 gem, about a girl desperate to live her dreams but largely failing due to the realities of trying to achieve them, is a remarkable combination of humor and heartbreak. Collette is especially good at walking the fine line between happy and hurt, and Hogan avoids the typical rom-com trappings to deliver something with far more substance. 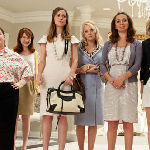 Unfairly grouped in with the entire Friends of Apatow/The Hangover gang, this “girls just want to have randy fun” jokefest is also one of the most engaging explorations of female relationships ever conceived. By offering us both an un-ambitious slacker bestie (co-screenwriter Kristen Wiig) and a slick, high society supergirl (Rose Byrne), director Paul Feig explores the complexities of woman being buddies while offering up sensational (if slightly disgusting) set pieces. You’ll never look at Maya Rudolph squatting in a wedding dress the same way again. 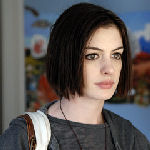 If you can get past the horrible gimmick used to film the material (we are supposed to be watching footage captured by various members of the wedding party throughout the various pre and post nuptial events) then you’ll thoroughly enjoy Jonathan Demme’s take on the blending of families and post-modern multiculturalism. Before her Oscar-winning work in Les Miserables, Anne Hathaway was simply amazing as the troubled sister returning to her family from rehab for her sibling’s upcoming wedding. As everyone comes together, she falls apart. 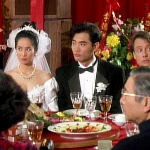 With only his second film, future two-time Academy Award winner Ang Lee announced himself as director worth paying attention to. The story here is simple — a gay man agrees to marry an immigrant so that she can get a Green Card and he can placate his constantly complaining parents. It looks like everything is going to work out until his now happy mom and dad arrive to help plan the festivities. A clever comedy of manners with a lot to say about LGBT issues. 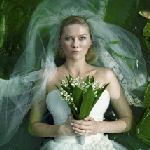 As the middle film in Lars Von Trier’s exploration of psychological malady, this engaging and moving drama is set against a wedding — and the potential end of the world. Indeed, a rogue planet is on a collision course with Earth, just in time for members of a wedding party to expose their various foibles and failings. Inspired by stories of how depressives respond during catastrophe, Von Trier’s moody tale begins with an artistic bang and ends with an emotional impact that’s hard to forget.