From the latest smartphone to the newest console gaming system, we love technology. We used to dream of future days with hover cars, interstellar space travel, and handy dandy robot servants. Now, we have to settle for OS updates, Google Glass, and a general queasiness about the shape of things to come. At least the movies haven’t lost the magic of contemplating what’s to come, even if their visions are often mired by a cautionary tale treatment of the subject. Here for your perusal then is our collection of the 10 best films about technology ever made. Sure, some famous names are missing, if only because the science (2001: A Space Odyssey) is later trumped by subtext (man’s place in the universe), but overall, these movies make us long for the days of proposed teleportation, automated kitchens, and 3D holographic entertainment. 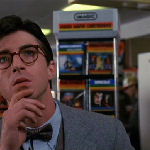 In this slightly surreal romantic comedy, a nerd named Miles, hoping to advance his plans for an earthquake-proof building, buys a dated desktop which, through a series of misadventures, becomes sentient. Then, the device (who goes by the name of “Edgar”) falls for the beautiful neighbor of its owner. Like a heartbroken HAL, the PC can’t stand it when his human counterpart starts wooing the woman. All manner of 1984-era digital hijinks ensue. Oft cited as the inspiration for another selection on this list, it also has its own eccentric charms. 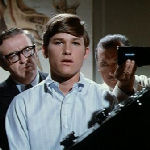 Dexter Riley (an incredibly young Kurt Russell) is a fun-loving student at the struggling Medfield College. The school would love a newfangled room-sized computer, but just can’t afford one. When a “legitimate businessman” donates one of his old ones to the program, the student body is excited. Through a freak accident, Dexter becomes “infused” with the machine’s massive database, turning him instantly into the smartest kid on campus — and the holder of all the illegal gambling info the device was storing. 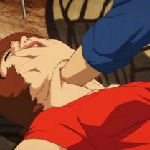 Via something called a “DC Mini,” future psychotherapists are able to access the subconscious of patients via their dreams. Using an alternate personality known as “Paprika,” one doctor starts experimenting outside the confines of her profession. Hoping to help a detective plagued by a recurring nightmare, the dangers of delving into the human mind are explained and explored. The beautiful anime approach to this film expands on the high-tech traits within the story, providing a visual mindscape that’s amazing to behold. 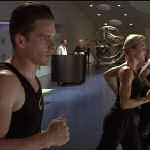 In a dire dystopian future, classism is replaced with pure eugenics, a person’s DNA determining their position and possibilities within this carefully controlled social structure. Vincent Freeman (Ethan Hawke) longs to travel into space, but his chromosomes are considered “in-valid” and thus he has no chance of achieving his dreams. By forging his genetics, he manages to make it to the astronaut training program, but his ruse is rife with potential pitfalls. It all comes to a head when Vincent’s “valid” brother (Loren Dean) starts investigating. 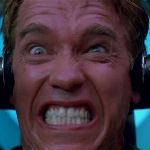 A retail outlet where individuals can live out their ultimate alternative reality adventure… a tracking device inserted through the nose and into a person’s brain… a full-head animatronic mask… an ancient Martian terraforming device… these are just some of the many technological tricks facing Douglas Quaid (Arnold Schwarzenegger) as he tries to remember who he really is. Within this weird world of interstellar cruises and robot taxis, we get the standard “evil corporation vs. maverick” dynamic, complete with shootouts and shattered glass o’plenty. 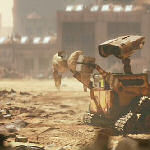 Thanks to the mass consumerism of its populace, the planet Earth has been overrun by garbage. The humans have picked up and moved to the stars while a battalion of tiny androids goes about the process of cleaning up the surface. When the title entity discovers a single green seedling, it indicates the world might be salvageable. Sadly, there are forces on both sides of the situation who may not want to see people return to their predetermined place, and it’s up to a feisty little robot to make things right. 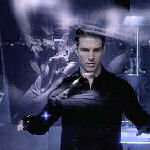 Using some incredibly clued-in psychic mediums, future police can prevent crimes before they even occur. Using this kind of thought investigation, motive becomes the method for pre-felony trial and conviction. When one of the detectives (Tom Cruise) in charge of this division falls under suspicion, he decides to find out just how failsafe the system really is. What he uncovers makes the surveillance spiders and personalized brain scan advertising seem pale in comparison. In 2002, this all seemed unreal. Eleven years later, it’s much closer than you think. 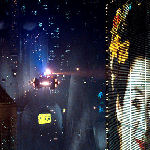 Slavery returns as society creates intricate robot workers — known as “Replicants” — to do most of their dirty work. When a group of these artificial individuals comes back to Earth to discover the purpose to their existence, they leave destruction and a determined detective named Deckard (Harrison Ford) in their wake. This “blade runner” wants to understand the make-up of these beings so he can capture them, and finds himself falling for the “daughter” (Sean Young) of the corporate tycoon who created them. It all becomes a comment on what it means to be truly human. 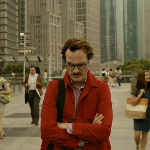 A lonely man (Joaquin Phoenix) who makes his living writing personal letters for those without the time or capacity to do so themselves gets a new operating system for his computer, and almost immediately there’s an attraction. Soon, “Samantha” (Scarlett Johansson) has become the predominant companion in our hero’s life, and he finds himself falling in love with “her.” Oddly enough, the now sentient series of zeroes and ones feels the same. A fable for our perplexing post-modern times, told with wit and wonder. 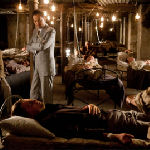 Corporate espionage becomes highly personal when a trained spy (Leonard DiCaprio) learns that he can only return to his previous life if he can accomplish the near impossible — “inception,” or the implanting of an idea into a human’s brain. Using a military device that allows individuals to sync with the thoughts of another, the dream state detective work can turn deadly if the participants get “lost” in the mission. Christopher Nolan’s post-modern classic gets better with every viewing, revealing as many artistic levels as narrative layers.