The 10 Best Films About Racism Ever Made
By: Bill Gibron

Films like The Butler make us feel good about overcoming prejudice, even when they sugarcoat the real struggles of their characters, while efforts like The Help only reinforce the idea that ingrained bigotry can be easily overcome by persistence, personality, and a pie filled with feces. When one approaches racism in art — be it TV, film, literature, or music — the subject seems to require a balancing act that few in the creative end of these media seem capable of handling. Now, with the monumental achievement that is 12 Years a Slave coming to theaters, it’s time to tell of 10 other films that found a way to take on intolerance with savagery and silliness, horror and humor. The points may not always be perfect, but they sure make a lot more sense than exaggerating history, or serving up a slice of excrement for dessert. 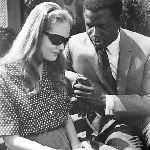 While the symbolism may be obvious (a blind girl falls in love with a black man she cannot see) and the commentary served via sledgehammer (Shelley Winters won an Oscar as one of the most horrifically racist characters in the history of film) this movie makes a clear case for love — or at the very least, compassion — conquering all. When you consider it was made in the middle of the maelstrom that was the Civil Rights Movement, this film’s message is even more telling. 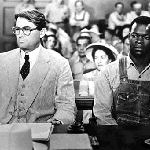 While many remember this adaptation of Harper Lee’s literary classic for its central character’s coming of age, the brave B-story sees her father, Southern lawyer Atticus Finch, defending a black man accused of raping a white woman. Faced with an all-white jury in the courtroom and a lynch mob outside, it is up to this noble attorney to take on the institutionalized racism of his community and pray that common sense wins the day. The results remind us that, sometimes, might isn’t right. 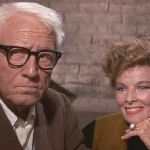 When you consider that, historically, interracial marriage was illegal in most of the United States at the time, it’s no wonder that this kitchen sink drama was incredibly controversial. Not only that, but it placed the onus of such intolerance on both sides. Indeed, the parents of the black man who intends to marry a young liberal California girl are just as skeptical (and biased) as the supposedly enlightened adults who raised their daughter to be a free thinker.  Spencer Tracy’s big speech will move you to tears. 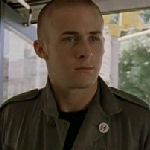 Before he was considered a certified Hollywood hunk, Ryan Gosling was known for taking on dangerous and sometimes controversial roles. Here, he plays a character based loosely on Daniel Burros, a Jewish man who became a Neo-Nazi and racist radical. Mesmerizing as the self-hating Hebrew whose conflicted and tortured psyche (he has visions of the Holocaust) eventually undo him, Gosling gives the kind of performance that reminds us how, sometimes, hate can come more strongly from within than from without. 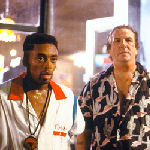 Spike Lee makes his first appearance on this list with a stunning work of urban angst, dealing with the events of a particularly hot Summer day in Brooklyn. Playing off both the growing multicultural nature of our changing society as well as tired truisms and maxims, the movie makes a statement for tolerance, though there is a stern “by any means necessary” caveat. No one is innocent here, with both sides having to take responsibility for the hellish events that unfold. 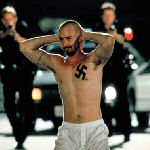 Like Gosling, Edward Norton also enjoyed exploring more complicated career choices before becoming a mainstream movie “star.” Here, he plays an incredibly brutal Neo-Nazi skinhead who ends up in prison. While there, he tries to get in the good graces of the Aryan Brotherhood, but learns that, like all organizations eager for power, hypocrisy rules. Eventually, he has a change of heart and makes it his goal to keep his younger brother from going down the same path. It might be too late. You’ll never look at the curb the same way again. 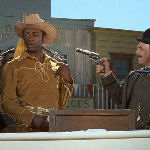 You gotta hand it to Mel Brooks. With the Civil Rights Movement winding down and America headed into a trippy, self-medicating Decade of Me, he decided to make a broad Western farce with the central spoof relying on racism. When a small town out West won’t move to make way for the railroad, the State’s Governor (via his right hand man) decides to give these intolerant rubes exactly what they don’t want — a black sheriff. The result is the most offensive, and hilarious, comedy of the ’70s. 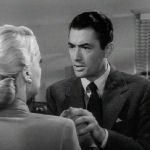 It was 1947. WWII was just ending and stories about Nazi atrocities against the Jewish people were starting to come to light. Director Elia Kazan decided to showcase how deep the hatred of other races and religions ran by adapting the title novel by Laura Hobson. In it, a young gentile reporter passes himself off as Jewish and tries to enter into certain “restricted” realms of affluent New England. Along the way, he encounters unconscionable bigotry from almost everyone he comes in contact with. 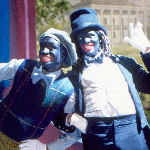 Spike Lee’s second appearance on this list, and it’s a doozy. When asked to come up with a “black-ccentric” series, a young African American television writer decides to reinvent the minstrel show for a post-millennium audience. He picks two struggling actors of color off the street, and with black face and watermelons in tow, they put on their horrifically offensive, stereotype driven spectacle. And it’s a hit. A HUGE hit. When a militant rap group decides to dismantle the show, all non-PC hell breaks loose. 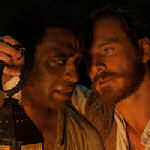 If you’ve ever wondered why Hollywood is not brave enough to make an authentic movie about the real racism that was rampant in the U.S. during our disgusting support of the institution of slavery, it’s because they would have to be as brave as British filmmaker Steve McQueen. This is the film about the horrors of human trafficking that we’ve been waiting for, a wakeup call to the lax mindset of a comfortable constituency that believes racism is no longer “a factor.” With what we see here, it always will be.

6 thoughts on “The 10 Best Films About Racism Ever Made”