Money makes the world go round. It’s also been called the root of all evil, the answer to everyone’s prayers, and the barometer of social virtue (whatever that means, Ayn Rand). Sure, it doesn’t buy happiness, but like a spoonful of sugar, it can sure help the misery go down much, much easier. We hear names like DuPont, Carnegie, Vanderbuilt, and Rockefeller and wonder why we can’t be like them. We also see fictional people like Charles Foster Kane, Bruce Wayne, and John Hammond and find them to be equally fascinating. They say that envy is the aftereffect of avarice, and in the 10 films we have listed below, it is easy to understand why.  While greed guides their actions, the people involved in these stories make it very clear that, as long as you’re willing to accept the often awful consequences, wealth is worth it. 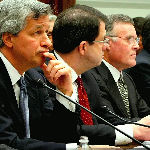 In 2008, the U.S. economy came crashing down with a mighty, world-altering thud, and this is the film which depicts, in detail, how this bubble was built, blown up, and then burst. Pinpointing policies which allowed banks to act like outlaws and mortgage companies who gave gimme loans to individuals unable to pay, the situation was ripe for a radical revision from which we still haven’t quite recovered. While documentaries are often dry and uninvolving, this one digs beneath the surface to create a true socio-economic thriller. 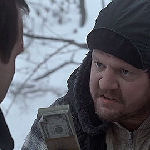 Sam Raimi strayed from his cult horror roots to take on Scott Smith’s novel about a bunch of friends who stumble upon a downed airplane filled with cash deep in the Minnesota woods. Naturally, everyone’s inherent greed leads to horrifying and tragic events. Then the owners of the money show up. With its deliberate pacing, expert performances, and shocking violence, Raimi highlights the atrocities brought about by avarice. Even worse, he makes it very clear that we all would do the same thing if we were in these characters’ shoes. 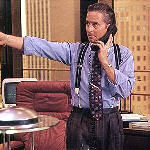 Oliver Stone set the tone for the flagging Reagan era with this missive on the search and destroy methods of corporate raiders and their naive MBA-carrying wannabes. Gordon Gekko and his declarative statement — “Greed is good.” — has come to symbolize both the best of our capitalistic system and the worst of its insular, unregulated criminality. Even with a sequel struggling to make this man and his mantra seems less destructive, Stone created the kind of monster that the wrong people look up to. 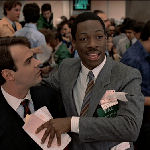 A rare comedy in this category, and for good reason. Most movies about materialism don’t have Eddie Murphy and Dan Aykroyd as their bumbling, nature vs. nurture human experiment. When a pair of Wall Street big wigs, brothers Mortimer and Randolph Duke, decide to play “prince and the pauper” with a well-groomed protégé and a homeless criminal, our subjects struggle to survive. When they find out about the plan, they conspire to give these miserable old misers a dose of their own money medicine. 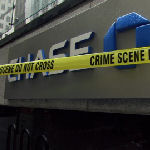 Michael Moore may be more agenda-oriented than most documentarians, but when he tears into a subject, there’s nary a nuance left untouched. In this case, the filmmaker finds the massive flaws in our currently corrupt capitalistic system and then argues for ways to make things less “haves vs. have-nots.” Carefully choosing individual cases, he clarifies the issues as well as pointing the proverbial fingers. In the end, we witness the rise and fall of our great society and the possible ways of saving it. 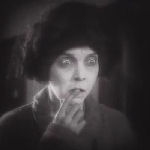 Erich Von Stroheim supposedly shot 85 hours of footage trying to tackle this adaptation of Frank Norris’ novel McTeague, eventually releasing a seven hour version that is now considered lost. What we have left, however, is 120 minutes of mindless avarice and arcane social strictures. A dentist marries the girlfriend of his buddy. She wins the lottery. The angry friend defames the professional and the couple ends up impoverished, with the wife holding dear to her money. Her desires drive everyone to tragic ends. 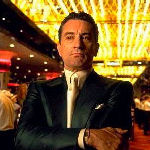 Before it became a Disneyland for Adults, Las Vegas was run by crocked bosses reporting directly to the money skimming mobsters who funded the building of these gambling institutions with tainted union cash. Martin Scorsese uses this truth as a backdrop to examine how such easily available ill-gotten gains can lead to corruption, murder, and a desert filled with unmarked graves. Acting as a history of the Nevada resort, this film is also a brilliant dissection of how money destroys human beings and their hope. 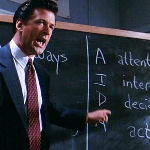 A.B.C. Always Be Closing! That’s the mantra at the crooked ancillary real estate office run by the corporate shadow Mitch and Murray. They even send a laser sharp human resources hitman (a fantastic Alec Baldwin) to drive this point home to the helpless salesmen stuck in this cruel, cold-calling rut. When a robbery results in the loss of important leads, it soon becomes every man for himself, the desire to stay employed turning even the most honest individual into a devious quasi-criminal. 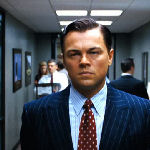 Martin Scorsese again, and this time he’s dealing in drugs and debauchery vs. mobsters and money laundering. Leonardo DiCaprio’s Jordan Belfort is the bastard son of Gordon Gekko, a slick opportunist who does anything and everything he can to sell shady penny stocks to unknowing investors. From his vile vantage point, he becomes a multimillionaire, living a lavish lifestyle while his clients go broke. When he finally gets his comeuppance, it’s not about money. It’s about Belfort’s inability to see himself without it. Greed personified. 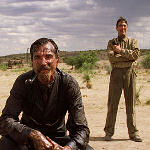 This amazing Paul Thomas Anderson masterpiece may be based loosely on Upton Sinclair’s novel Oil!, but the reality is that Daniel Plainview (an amazing Daniel Day-Lewis) is like all pseudo tycoons, driven by one thing and one thing only: the accumulation of wealth. He will strive for it in spite of his health, his family, and in the end, his own soul. By giving him a specious spiritual nemesis in Paul Dano’s Eli Sunday, Anderson provides the possibility of redemption. It’s something Plainview refuses to consider.