The 10 Best Films About Drinking
By: Bill Gibron

Here's lookin' at me.

One of 2013’s best films revolved around a young man whose supposed social drinking becomes a barrier to moving forward with his life (and with the pretty little geek girl he loves). Drinking, and overindulging in same, has been a staple of Hollywood before Prohibition put a kibosh on the cordials. Indeed, The Spectacular Now, starring Miles Teller and Shailene Woodley, showcased the always viable narrative avenue provided by fermented spirits and their use (and abuse), but it’s not the only example. In fact, many movies have made the highball and the cocktail as important to the plotting as personality and predicament. Here are 10 terrific titles which would suffer greatly without a snifter or two in their storyline. While most are played for laughs, those not hindered by humor illustrate just how devastating drinking can be. 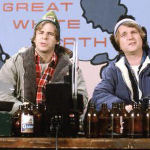 Take off, eh? Bob and Doug MacKenzie, those inebriated hosers from Canada who were part of SCTV‘s early ’80s domination of the sketch comedy concept, got a chance to make their own movie, and what did they do? Creators Dave Thomas and Rick Moranis offered up a bizarro-world riff on Hamlet, complete with a power mad master brewer (played by Max Von Sydow!!!), drug-fueled insane asylum patients playing hockey, and a dog that can fly. And let’s not forget the beer. Lots and lots of Elsinore Premium Pilsner. 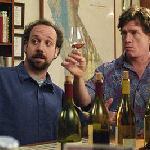 Alexander Payne adapted Rex Pickett’s novel about a pair of middle aged men on a wine tasting tour of Santa Barbara, earning an Oscar (along with co-writer Jim Taylor) for his efforts. Paul Giamatti and Thomas Haden Church played the pair of quasi-connoisseurs, their exploits more about their own personal struggles than any specific vintages or vintners. Of course, wine becomes the catalyst for their interpersonal confessionals. This engaging movie merely requires you pop the cork and let it breathe before enjoying. 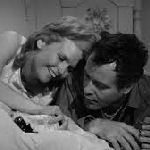 Along with the number four film on our list, this represents one of Hollywood’s better attempts at dealing with the serious issue of heavy “social drinking” and how it eventually turns into alcoholism for some. Jack Lemmon and Lee Remick are amazing as the post-’50s couple who end up crawling out of the bottom of a bottle. While director Blake Edwards was perhaps better known for comedy, his take on J.P. Miller’s Playhouse 90 teleplay is devastating in both its portrait of addiction and the truth about attempted sobriety. 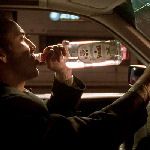 Nicolas Cage, before he became a motion picture ATM (read: cashing any paycheck someone placed in front of him) and Internet meme. Indeed, his turn as a writer eager to drink himself to death — literally — earned him an Academy Award and promised more good work to come. Along with Elizabeth Shue as the paid escort who becomes his suicidal muse, the movie itself explores how deeply drink can affect someone, and the hopelessness that comes when you finally succumb to its emotion-numbing properties. 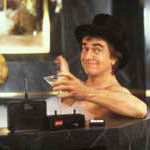 Otherwise known as “raging alcoholism can be hilarious.” If this were 2014, someone like Arthur Bach would have a reality television show on E! and would be praised and/or pilloried for his celebration of being rich and sloshed. Indeed, the wealthy slacker center of Steve Gordon’s comedy classic is a prime example of the “funny” cinematic drunk, a standard during the movie’s Golden Age. That may explain why, when Russell Brand stepped in for the remake, the PC police demanded the drinking be toned WAY down. 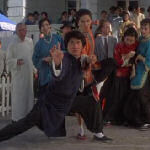 Released in the West as The Legend of Drunken Master, this is one of Jackie Chan’s best martial arts movies. Here, he’s Chinese folk legend Wong Fei Hung, and his obvious issues with alcohol are played mostly for laughs. With the daredevil skill that Chan is known for and the carefully considered stunt choreography that would change the entire action movie dynamic, this is a mind-blowing pleasure from beginning to end. While booze is not the entire basis for the narrative, it makes for a potent subplot. 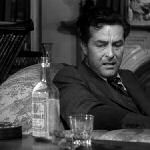 In 1944, Charles R. Jackson released his influential novel about a wannabe-writer’s five day drinking binge in 1930s Manhattan. Hollywood heavyweight Billy Wilder adapted it into a film the next year, winning Oscars for his adapted screenplay, his direction, actor Ray Milland’s astonishing performance, and for Best Picture. Indeed, Weekend is one of the first (and finest) cautionary tales about the evils of overindulging in alcohol. Thanks to scenes involving withdrawal and the DTs, it ended up inspiring more temperance than temptation. 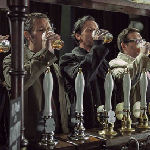 A misguided midlife crisis hasn’t been this funny — or lager infused — as in this amazing comedy from Simon Pegg, Nick Frost, and director Edgar Wright. The story centers on an aging arrested adolescent who wants to get the old gang back together for one more shot at an infamous small town pub crawl — 12 pints in 12 different establishments. What our heroes don’t know is that their former haunting grounds are now overrun by aliens, each seeking to understand the human condition. Our guys don’t help. 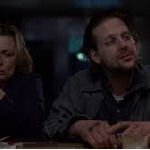 Mickey Rourke, before he became a walking reminder of what a plastic surgery disaster really looks like, immersed himself in a role more or less based on the life of legendary liquored-up poet Charles Bukowski. In fact, it was director Barbet Schroeder who commissioned the cantankerous icon to turn his trials into a screenplay. The result remains one of the most telling — and terrifying — portraits of booze’s influence on art and everyday (dis)functioning ever offered. Along with Rourke, Faye Dunaway is almost unrecognizable as a fellow barstool jockey. 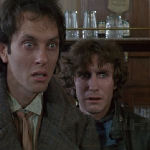 The cult around this film is so great that writer/director Bruce Robinson (who based the screenplay as his life as “a chronic alcoholic and resting actor, living in squalor”) feared he could never follow it up, and for the most part, he was right. Arriving with little fanfare but quickly becoming a home video favorite (including getting a drinking game of its own and a Criterion Collection release) its surreal balance of comedy and tragedy takes a toll on its audience. When it’s over, however, the satisfaction is… intoxicating.

3 thoughts on “The 10 Best Films About Drinking”