The 10 Best Films About the Con Game
By: Bill Gibron

Toward the end of their final show as a band, Johnny “Rotten” Lydon of the British bad boys Sex Pistols screamed at an unappreciative audience the following beleaguered battle cry: “Ever get the feeling you’ve been cheated?”

He was speaking both realistically (the band was awful that night) as well as metaphorically, since most of the group’s celebrated infamy was the direct result of flimflam manager Malcolm McLaren. From magicians using their skills to cheat the easily dazzled out of their paychecks to larger scams where the setup is just as complicated as the takedown, the artistry of the con consistently amazes and confuses audiences, both in person and up on the big screen. Here are 10 of the best cinematic examples of deception and those who craft such memorable hoaxes. They all offer glamour in their “gotcha” and a sense of sophistication in their subterfuge. 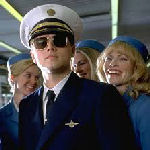 A mere 28 when this movie was made, Leonardo DiCaprio paired with popcorn king Steven Spielberg for this fictionalized take on the true story of Frank Abagnale, one of the youngest con artists ever wanted by the FBI. By the time he was 19, he had already swindled million of dollars from unsuspecting marks. Tom Hanks is the Fed charged with chasing the check-forging phony. Oddly enough, after being caught, Abagnale got a job working for the Bureau taking down bad guys just like him. 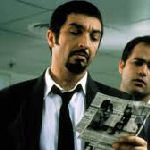 The title refers to a set of rare stamps at the center of this amazing Argentine film. Two con men come together to rob a rich man of his money via their counterfeit copies of said postage. When the ruse is uncovered, a series of sensational and unexpected plot twists and turns complicate matters until the final surprise reveal. Loaded with local color as well as a social and political undercurrent lacking from most movies like this, Queens is a underappreciated gem. 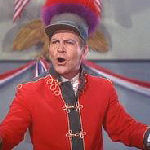 Robert Preston revisited the role that made him a Broadway sensation in this Tony Award-winning Meredith Wilson musical. He plays Professor Harold Hill, an “esteemed” band instructor who travels the Midwest looking for rubes to rob. He settles in River City, Iowa, and goes about his confidence gaming. Unfortunately, he falls in love with the town’s resident librarian and piano teacher (Shirley Jones). In the end, he must choose between the people he’s conned and the woman who inspired such a change of heart. 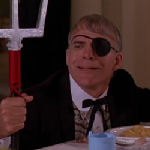 A remake of the equally excellent Bedtime Story (featuring David Niven and Marlon Brando in a rare comedic turn), this version stars Steve Martin and Michael Caine as two swindlers who, at first, are at odds with each other. When they decide to team up, they target a rich American socialite (Glenne Headly) who may or may not have a few secrets herself. The sequence where Martin plays Caine’s simpleton brother remains one of the most raucous and hilarious in any con game movie. 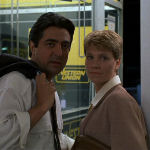 Joe Mantegna became a household name in part thanks to this amazing David Mamet film. Working for the first time as a director, the famed playwright (who also penned the script) offers the tale of a psychiatrist (Lindsay Crouse) who teams up with a veteran con man (Mantegna) to learn the ins and outs of the game, perhaps for a new book. When a planned double-cross goes decidedly sour, our heroine must decide between her interest in grifting and the moral and legal consequences that come with being part of the cheat. 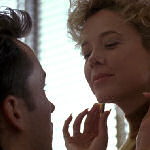 The title says it all. Stephen Frears’ masterful adaptation of Jim Thompson’s brutal novel is about as close to a post-modern noir as the celebrated ’50s subgenre gets. Several generations of con artists — mother and son (Angelica Huston and John Cusack) and his gal pal (Annette Bening) — spend time sizing each other up before their various nefarious activities come back to complicate things. Add in a sleazy bit of implied incest, an equally revolting gangster (Pat Hingle), and a pillowcase filled with oranges, and you’ve got one intense thriller. 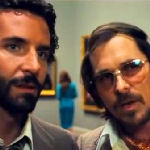 It’s the Me Decade as crime film farce when the infamous ABSCAM case is filtered through David O. Russell’s ridiculously good comic (and character) sensibility. Christian Bale and Amy Adams are a pair of cheaters who help the FBI — via the borderline incompetent Bradley Cooper — take down Jeremy Renner’s crooked politician. Bad fashion statements and interior decorating abound, as does a keen eye for the type of scams prevalent in an analog age. A terrific and timeless bit of brazen backwards glancing.

#3 – I Love You Phillip Morris 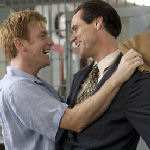 Jim Carrey is absolutely amazing as Steven Jay Russell, a real life con man who fell for the title prison inmate (Ewan McGregor) while in the slammer, then spent the next few years escaping from various forms of confinement to reunite with his convict concubine. Detailing life from his early sexual awakening and an attempt at marriage to his various and sundry crimes, this sunny, funny effort from Glenn Ficarra and John Requa was largely buried by the studio for its controversial content. It begs to be rediscovered. 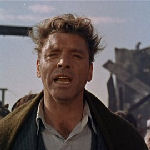 Burt Lancaster and Shirley Jones are enigmatic as a small time confidence man (posing as a preacher) and a prostitute, respectively, each earning Oscars for this incredibly loose adaptation of Sinclair Lewis’ novel. Jean Simmons is the center of the story, a traveling evangelist who takes a shine to Gantry and introduces him to the world of hard-sell road shows. A sordid love triangle forms, with Jones threatening to blackmail the flimflam man for his past role in her downfall. It all ends expectedly tragically. 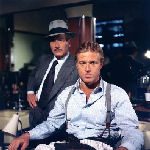 Winner of the 1974 Academy Award for Best Picture, this spry and satiric look at captivating con men Johnny Hooker (Robert Redford) and his mentor Henry Gondorff (Paul Newman) was the Goodfellas/Scarface of its time, filled with brilliant acting, memorable plot twists, and tons of quotable dialogue. Even the soundtrack invaded the pop culture landscape, landing the late ragtime icon Scott Joplin (via Marvin Hamlisch) at the top of the charts. As dense and complex the swindle at the center is, this remains the definitive huckster classic.