The 10 Best Films About the Civil Rights Movement
By: Bill Gibron

When it arrives in theaters this December 25, Ava DuVernay’s Selma won’t just be one of the best films about the 1960s Civil Rights Movement in America, it will also be one of the few. You see, for some reason, the white majority doesn’t like going back and revisiting a time when they required segregated social standing — separate schools, separate lodging, separate drinking fountains and restrooms — and on the rare occasions that they do, they usually pretty up the picture with comedy (The Help) or historical inaccuracy (The Butler). Some may argue that the such backwards glancing is no longer necessary given all the “progress” we as a nation have made. Others, rightfully, look at our current political structure and policies and argue that nothing much has changed in nearly 50 years.

In celebration of Selma‘s release, here are the 10 films about the Civil Rights Movement that do the best job of outlining the struggle, argue the solutions, and in some cases, showcase how close we are to reliving those terrible times. 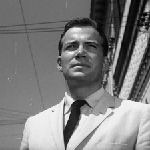 It was directed and produced by the King of the B Pictures, Roger Corman. It stars future Star Trek icon (and pop culture crackerjack) William Shatner as a hateful racist. The plot sees our lead going down to a fictional Southern town to incite violence and — hopefully — end the current policies of desegregation. Featuring an unsettling turn from Captain Kirk, as well as lots of incendiary language, the KKK, and mob justice, it’s a true labor of love for the otherwise genre-focused creature feature creator. 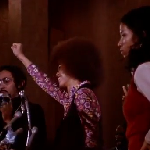 Back in the late ’60s and throughout the ’70s, Swedish journalists came to the United States to bear witness to the Black Power Movement, shooting several hours of footage reflecting what they found. Some 30 years later, filmmaker Göran Olsson discovered the material in a TV station vault, and proceeded to piece it together with commentaries and interviews from leading contemporary African American activists, artists, musicians, and more. The result is like the title indicates, a series of startling recollections about those troubling times. 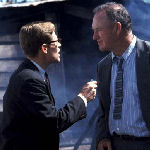 While “whitewashed” by today’s tougher standards, Alan Parker’s look at the killing of three civil rights workers in 1964 still packs a punch. Showcasing how hated the movement was, as well as the blatant racism and rejection of equality coming from the citizenry, the movie makes the case for how closed off the complicit the police and public officials were. While we have since gone on to discover the actual facts of this case, this movie was one of the first mainstream attempts at perspective. 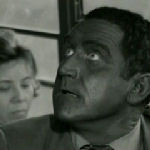 In 1959, white journalist John Howard Griffin darkened his skin with make-up and decided to see just how awful the racist South really was. The result was a startling 1961 bestseller highlighting the horrors. Three years later, James Whitmore played a fictional version of Griffin in the film version, retracing his trip from New Orleans to Atlanta and the hate he encountered (both black and white) along the way. Today, the book is better known than the movie. While dated and technically flawed, it’s still a tale worth telling. 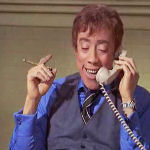 Famous comedian Godfrey Cambridge plays a dual role here. First, he is horrifically racist white insurance salesman Jeff Gerber. Then, one morning, he wakes up with black skin. From then on, a pre-Sweet Sweetback’s Baadasssss Song Melvin Van Peebles puts the character through the racial wringer. While he argued with the studio over the ending (it was supposed to all be a horrible nightmare), the filmmaker struck a chord. When they offered him a three picture deal, Van Peebles rejected it, going on to invent blaxploitation instead. 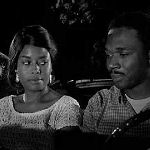 Drawing on his own experiences as a Jew persecuted by the Nazis in WWII, co-writer and director Michael Roemer made this low budget drama, resetting the story in urban America and highlighting the plight of a black railroad worker who discovers that life in the ’60s South is not as “free” as he previously thought. While the main narrative deals with the ins and outs of our lead’s unstable relationships, the backdrop of racism and its realities stain every frame of this fascinating film. 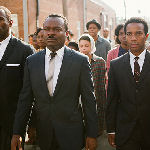 Like Steven Spielberg’s Lincoln, director Ava DuVernay decides to reduce the Rev. Martin Luther King’s legacy down to the mythic march between this small Alabama town and the state capital of Montgomery, illustrating the behind the scenes finagling and negotiations that brought the Civil Rights Movement to political prominence. There is also an intriguing dynamic between King and sitting President Lyndon Johnson. The Commander in Chief wants calm. The activist wants action. Together, their rhetoric, as well as Gov. George Wallace’s reaction to the protest, propels the Voting Rights Act forward. 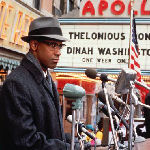 He was the polar opposite of Dr. King, an incendiary figure who demanded equal rights for his people, proposing that he would get them “by any means necessary.” But thanks to Spike Lee’s thoughtful biopic and Denzel Washington’s stellar performance, we learn there was much more to the man outside of his myopic view of the Movement. Indeed, during the final third of the film, when he has a change of heart while on his Islam-required pilgrimage to Mecca, we see a leader on the verge of an epiphany — if only he had lived. 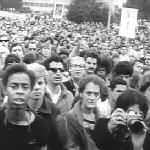 If Selma is seen as the “fictionalized” version of the events in Alabama, this stunning documentary highlights the efforts to register voters in neighboring Mississippi, and the creation of the Mississippi Freedom Democratic Party. The narrative sees Bob Moses and highlights his attempts to get black names on the rolls throughout the South. The impediments he faces are stunning, and the result from locals shocking. Through it all, directors Connie Field and Marilyn Mulford make it very clear that, without individuals like this, little would have changed. 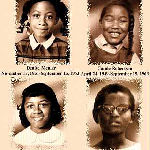 Spike Lee again, and this time, without the burden of having to pay homage to one of the Movement’s many heroes. Instead, he focuses his documentary camera on the horrible events of September 15, 1963 when four African American girls were killed in a bombing of the 16th Street Baptist Church in Birmingham, Alabama. Using the families and their lingering grief as his center, Lee then expands outward, dealing with Martin Luther King, his impact, the reaction to the tragedy, and the trial and conviction of KKK member Dynamite Bob Chambliss for the crime. A masterpiece.