The 10 Best Films Centered Around Thanksgiving
By: Bill Gibron

When you think about Thanksgiving, the first visions aren’t of struggling pioneers and the natives who befriended them and taught them lessons in living off the land and celebrating same. Instead, it’s oversized gluttonous portions, rivers of giblet gravy, heaps of whipped topping on sugary squash pies and more football and family squabbling than in the previous eleven months and twenty-nine days. It’s a large dinette filled with relatives and, over in the corner, a card table set up for the “kids” food flying as fast as the insults. Thanksgiving is supposed to be a coming together of those we love. It usually ends up a trauma that takes until deep into the New Year to get over. While few films actually deal with the holiday tradition, several make use of its forced togetherness to accentuate their comedy and/or tragedy. In our mind, these are the 10 best films centered around Thanksgiving. 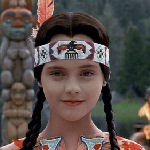 The main narrative thread of this somewhat effective sequel to the original adaptation of the Charles Addams comic centers around a murderous gold digger who has her sights set on the oafish brother of Gomez Addams, Fester. But in the middle of the movie, siblings Wednesday and Pugsley participate in a Thanksgiving themed play at their Summer camp. The result is a wonderful rewriting of the Pilgrim mythos, complete with shout-outs to Native American genocide and the standard familial embarrassments. 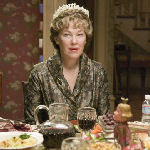 A group of minor actors get together to make a movie entitled Home for Purim. While it looks like nothing more than a standard low profile indie offering, once the project picks up a bit of awards buzz, the producers decide to up the film’s potential audience. So out goes the obvious “Jewishness” of the subject matter and in its place? Why, Thanksgiving of course. In the end, the build-up to the eventual Oscar announcement indicates that, sometimes, fame fouls everything. 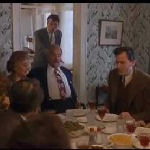 In Barry Levinson’s semi-autobiographic film about his family’s immigration to America and his roots in Baltimore, one of the main moments centers around the traditional Thanksgiving feast. For years, Uncle Gabriel was responsible for carving the turkey. When the festivities move out into the suburbs and the aging relative runs late, the family decides to begin without him. The resulting dust-up causes a feud, the kind of inter-relation ridiculousness that this annual celebration of food and forced fellowship can bring about. 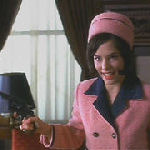 In one of the oddest efforts offered as part of the typical Thanksgiving traditions, we meet a horribly dysfunctional family that has to deal with a daughter nicknamed “Jackie-O” for her unstable mental state and personal fixation with the famed First Lady. When her twin brother comes home to introduce everyone to his new fiance, it’s a horrific holiday to remember. Soon, incest and murder are on the menu as an impending hurricane causes everyone to brace for a long weekend of scandal and secrets. 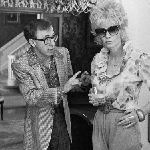 When Danny Rose, a lower level talent agent, happens upon a gruff Italian lounge singer with a novelty hit some decades past, he thinks he’s found his ticket into the big time. Then he learns the crooner is dating a mafia moll, and soon our nebbish hero is playing “the beard” so that his act and his action can share a little quality time together. After a particularly harsh professional betrayal, Danny is seen sampling a sad frozen Thanksgiving TV dinner. Heartbreaking. 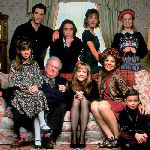 Back in 1995, this film was seen as a bit of a gamble considering its themes of underage sex, homosexuality, and massive familial discontent. When Claudia Larsen loses her job, she heads to her parents for Thanksgiving. There, she finds her gay brother with another man (not his partner) and, before you know it, the rest of the clan is passing judgment and spilling private details. Of course, all of this anger and resentment turns any possible pleasantries into all out personal war. 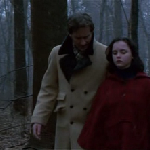 It’s the height of the sexual revolution. In a Connecticut suburb in 1973, two families – the Hoods and the Williamses – are struggling with such issues as alcoholism, drug addiction, adultery, and an overall malaise that would come to define the Me Decade. Along the way, we get lessons in how parents undermine their children’s development and the overall lack of a moral compass for those who’ve escaped the city only to find suspect solace in gated communities and manicured lawns. 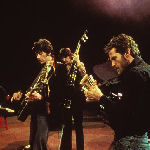 While it might seem odd to include this sensational rock concert documentary about the last official performance of the seminal roots rock act, The Band, as part of a Thanksgiving list, many forget that the group decided to say goodbye on November 25, 1976, which just happened to be that year’s marked day of celebration. While there is nary a mention of pumpkin pie, turkey, or any of the trimmings, the combo creates the kind of send-off that definitely makes us thankful for who they are/were.

#2 – Hannah and Her Sisters 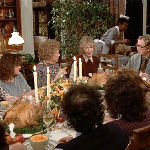 Played out over three different Thanksgiving celebrations, the title explains the set-up. We meet Hannah, a famous actress, her unfaithful husband Elliot, and her siblings Lee (who is having the affair with her sister’s spouse) and Holly (a former cocaine addict who has a hard time holding down a job). Also in the mix is Hannah’s hypochondriacal ex Mickey, Lee’s aging artist partner, and the girls’ aging parents. Over time, we see how threats of infidelity and disloyalty fuel a kind of communal cruelty and comic comeuppance. 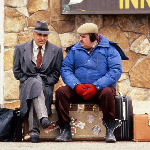 Without a doubt, one of the most heartfelt and hilarious movies ever made about the mad dash across the country, over the river, and sometimes, through the woods, to make it to granny’s house for some cranberry sauce. Ad exec Neal Page wants to get back to Chicago to see his family. Sadly, he’s stuck in New York, and with the weather getting worse, he soon finds himself stranded with a shower curtain ring salesman named Del Griffith. While they don’t get along at first, their road movie adventures leads to a startling truth, and a tearful ending.

One thought on “The 10 Best Films Centered Around Thanksgiving”