They call it “breaking the fourth wall,” a term derived from the stage where the audience, and their perspective on a play or production, became the last barrier between the characters and their self-contained, three-sided set world. It differs from straight narration, and yet, it’s really the same thing. Instead of eavesdropping into a kitchen sink situation, we are invited in, by one of more performers, to partake of the experience directly, gaining insights and motivations in the process. Breaking the fourth wall is also found in film, though more times than not it functions as mere exposition or as a punchline. In those rare cases where it doesn’t, it ends up a commentary on everything we have seen, are seeing, or will see. Here are 10 of the best examples of the concept in action. In each case, the use becomes part of the process, giving the film and filmmakers the mechanism they need to make their points. 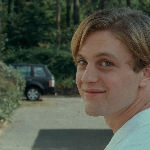 As a commentary on our fascination with movie violence and those who commit such atrocious acts, Michael Haneke’s audacious crime film contains one of the most outrageous uses of the fractured fourth wall ever. In a moment of horrible sadism and brutality, one of the perpetrators stops the action, picks up a TV remote, addresses the viewers, admonishes the victim for “breaking the rules,” and then “rewinds” the action, literally, so that events playing out in the film can be reset and reconfigured the way he wants.

#9 – Jay and Silent Bob Strike Back 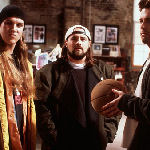 As with all things in his screwy View Askew universe, Kevin Smith’s comic book comedy is filled with blatant nods to the audience. This includes obvious casting choices which complement the filmmaker’s famous friendships, pop culture quips aimed directly at the demographic, and several occasions where our heroes play directly to the camera, offering a friendly wink and tweak to their like-mined fans. In fact, one could argue that every Kevin Smith film is a fourth wall breaking experience, given such self-referential tendencies. 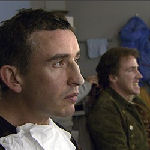 This film within a film features The Trip‘s Steve Coogan and Rob Brydon as two actors starring in an overly ambitious attempt at bringing the “unfilmable” novel, The Life and Opinions of Tristram Shandy, Gentleman. Both men play fictionalized versions of themselves, the audience invited in to watch them spar as they try to make sense of the sometimes surreal situation they are asked to partake in. The fourth wall between movies and “real life” are constantly shattered as our two performers pick each other apart. 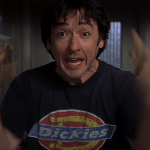 Here our main character — played by John Cusack — speaks directly to the audience about the many failed loves in his life. It’s all part of his plan to go back through his various relationships in hopes of finding out what went wrong. In the meantime, he passes the days at a record store where he and his co-workers (Jack Black and Todd Louiso) offer a running commentary on musical tastes and personal choices, not only of the customers, but those in the theater as well. 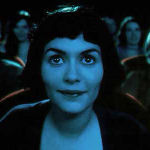 There is an amazing moment in this equally fantastic film where our heroine, a chipper Parisian out to bring a ray of sunshine to those who seem lost, interrupts a date at a movie theater to address the audience. She explains what she likes about the cinema, what she hates about old movies, and the overall impression of the look on people faces as they sit there in the dark. It’s a delightful sequence, one which showcases the characters inner life and personal perspective. 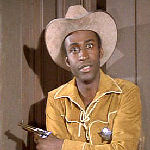 Comedies often employ a fourth wall break. Sometimes, it’s to let the audience in on the joke. At other instances (like the several uses of it in Saddles), it’s to add emphasis to a particularly prickly or offensive remark or circumstance. Perhaps the best example, aside from Clevon Little’s in-camera expressions, is the moment when the Western spoof “breaks out” of its backlot barriers and interrupts a musical next door. The response from one of the actors (Slim Pickens) to the frazzled director (Dom DeLuise) is a classic. 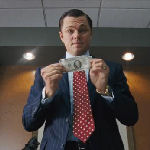 One of the most recent uses of the cinematic device comes at the hands of someone who’s always loved to use it. From the final moments of Goodfellas to the “narration interrupted by baseball bat” in Casino, Martin Scorsese enjoys allowing the audience into his often unknowable character’s motives. Here, Leonardo DiCaprio goes into slick salesman overdrive trying to explain to viewers the intricacies of this fraud-filled life as a penny stock trader, and the various perks and problems that come with it. 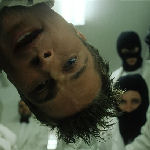 As a movie formulated specifically to deconstruct the male image circa the late ’90s, David Fincher’s masterful take on Chuck Palahniuk’s novel is almost all fourth-wall fidgeting. Edward Norton’s unnamed character is constantly talking to the audience, while Brad Pitt’s interpersonal projection offers up a speech about gender that stands as one of the most amazing sequences in pre-millennial movies. The end result is the feeling of being directly involved in Project Mayhem’s motives, as well as living with individual insanity. 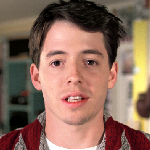 Matthew Broderick both defined and revamped the teen comedy with his portrayal of the ultimate BMOC who decides to ditch school one last time before graduation. With a near non-stop stream of consciousness directed at the viewer, his fourth wall barely exists. Instead, we are invited to join in, waiting for the moment when Ferris — and filmmaker John Hughes — will take things even further. A parade float filled with Oktoberfest participants dancing to Ferris’ lip-sync of The Beatles’ “Twist and Shout” is the answer. 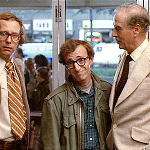 It was Woody Allen who modernized and popularized the fourth wall conceit for contemporary comedy with this Oscar-winning look at failed relationships and the humans that inhabit them. In fact, the film begins with his character, Alvy Singer, speaking directly to the audience, trying to make sense of his recent break-up with the kooky, complex Annie (Diane Keaton). The best moment? The arrival of media philosopher Marshall McLuhan to set straight a misguided college professor who’s been misinterpreting his work. As Woody/Alvy would say, “Oh if life were only like this.” Indeed.