The 10 Best Short Film Anthologies of All Time
By: Bill Gibron

Call them omnibuses or anthologies, short film collections or cinematic riffs on a single theme, the concept is clear. Bring together a group of likeminded artists or ideas, give each one creative carte blanche, and then place them together (or loosely connect then with some workable bookend material) and — VOILA!  — you have a feature film. Certain genres lend themselves better to the format than others. When discussing the best anthologies ever, you will see a lot of horror and animation on the list. Both artforms are notorious for being able to get to their point, profit, and then quickly move along. On the other hand, there are at least two dramas and one comedy here (among the many other possible choices out there), cementing that, when done right, an omnibus can transcend type to offer up big entertainment in bite-size doses. 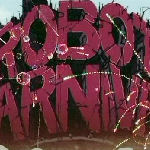 For many, this was an introduction into the intriguing yet completely foreign world of Japanese anime. Nine separate shorts featuring differing styles and approaches highlight the constant clash between technology and nature. The title configuration is a children’s toy gone gonzo, and along the way we are treated to a man in love with his lady robot, a monster maker’s mistakes, and, as usual, the necessary future shock of a Japan overrun by intelligent machines. Visually stunning and as thought provoking as it is entertaining. 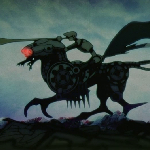 As a means of making sense of the complicated Matrix mythology, the Wachowskis decided to create a series of short animated films to flesh out the backstory of the entire man vs. machine blow-up, as well as the various aspects of the conflict which lead to the rebellion and the realization of “The One.” Together with the three main movies in the series (and story lifted from the videogame versions of same), we are treated to a more complete picture of this vile virtual reality. 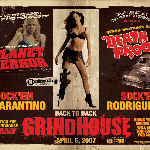 Quentin Tarantino and Robert Rodriguez explored their adoration of the exploitation genre with this wicked double feature which also showcases a collection of mock trailers by the likes of Rob Zombie, Edgar Wright, and Eli Roth. While Planet Terror is nothing more than a zany zombie stomp overloaded with arterial spray, Tarantino’s Death Proof rejuvenated both the standard non-CG car chase and Kurt Russell’s career. As blatant B-movies go, both are excellent. As examples of the boundary-pushing fare that inspired them, well… 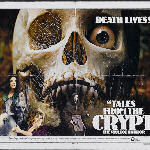 As one of the most memorable of all the horror omnibus offerings, this movie takes its inspiration from the gory, gruesome EC comics from the funny book’s glory days. With their O. Henry-esque twists and bloody revenge boilerplate, the five tales here mimic similar stories found in said four panel “plague” from the ’50s. The finale, involving an abusive nursing home owner and the payback delivered by his deprived blind patients, is worth the price of admission alone. The rest is just as compelling. 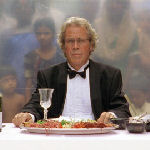 Director Lars Von Trier (Antichrist) had a compelling idea. He contacted a favorite filmmaker, Jørgen Leth, and asked him to remake one of his most beloved films (The Perfect Human) in five different ways, accepting five different and distinct artistic barriers. Employing everything from quick cuts to animation, destitute locales to “punishment” for violating the terms, the duo redefine both the documentary and the anthology. We also get an insight into how a filmmaker finds solutions to cinematic obstacles beyond his control. 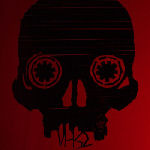 File this under a “twofer,” gimmick wise. Using both the anthology format and the found footage stylistic approach, we get four tales destined to disturb your dreams. The first revolves around a failed eye operation. The next centers on a zombie apocalypse from a bicycler’s POV. The third involves a Satanic cult, while the last pits teens against invading aliens. With the middle two tales instant classics and the finale a full blown freak out, the divergent directorial voices create a compelling creepshow. 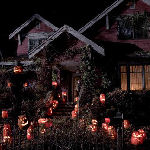 Like Tales and the Vault of Horror before it, this throwback omnibus uses fear and fright (and the annual holiday celebration of same) to weave together a collection of compelling tales. Covering everything from the annual cavalcade of candy distribution to the kind of ghost stories and urban legends that seem to revolve around said night, the overwhelming sense of nostalgia and the past are portioned equally with contemporary concepts of suspense and dread. The result is a film fit for Halloween — or any time of the year.

#3 – Monty Python’s The Meaning of Life 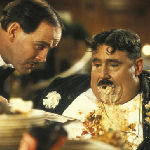 Why are we here? What’s it all about? Have you updated your live organ donor’s card? These are the questions posed by the Beatles of British sketch comedy when they made what is, up to now, their last film together as a troupe. Starting from birth (and the machine that goes “PING!”) to education, war, middle age (with mandatory projectile vomiting), and a journey into a Glee-like afterlife, we soon learn that no one has any real answers, including the location of one very elusive fish. 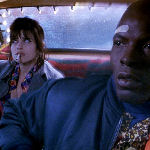 After the terrific triumvirate of Stanger than Paradise, Down by Law, and Mystery Train, writer/director Jim Jarmusch decided that his next film would feature five stories all happening over a single evening across the planet. From LA to NYC, Paris, Rome, and Helsinki, we witness one tomboy’s take on Tinseltown, an immigrant’s eye-opening experience in Manhattan, a blind woman’s standoff with a man from Africa, a crazy Italian’s rambling confession, and three drunk workers telling tales. It’s a luminous look at the human condition. 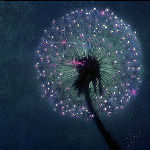 Known as “Disney’s Folly” at the time, this amazing collection of cartoon experimentation almost bankrupted the studio and set Walt’s artistic agenda back several decades. Those in love with the goofy animated characters the studio was known for just couldn’t wrap their matinee brains around odes to classical music, abstraction, and depictions of everything from good to evil, the beginning of time to its possible end. Today, it’s transcended its previous reputation (and ’60s acid trip reboot) as a true masterpiece.