The 10 Best Fairy Tales on Film
By: Bill Gibron

They are panaceas before sleep and fodder for nightmares when we don’t understand their deeper meanings. At a young age, they’re all just monsters and witches, careless kids and cautionary tales. They become the basis for who we are and what we believe. So it makes sense that, over time, mediums such as film have found value in bringing the fairy tale to its particular audience. They offer predetermined spectacle with morals that even a parent can appreciate. Over time, however, the approach has altered. Today’s filmmakers bend and stretch them, merging their own ideas with those of the original authors to end up with something like Maleficent, a retelling of Sleeping Beauty from the Wicked Queen’s point of view, or Oz the Great and Powerful, a film overloaded with visuals but lacking real significance. Below are 10 examples of much some of the best in fairy tale moviemaking. While they may all be guilty of a similar style of reinvention, they manage it with more flair, fascination, and feeling. 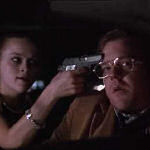 Sometimes, a fairy tale can stand on its own. Other times, it’s twisted and perverted to make a statement about the current social clime. Back in 1996, writer/director Matthew Bright decided to take “Little Red Riding Hood” and turn it into a tale of violence, dysfunction, and escape. Reese Witherspoon is the child of a prostitute heading out to live with her grandmother. She meets with a man named Bob Wolverton (Kiefer Sutherland) along the way. Then things get disturbing and dark. Really dark. 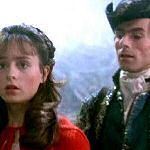 Another look at Little Red, this time from The Crying Game‘s Neil Jordan. Emphasizing the sexual nature of the story (a young girl, alone in the world, set upon by wild animals all attempting to “take her” from the safety and security of her family) and using groundbreaking special effects to showcase the “man to monster” transformations, this sometimes confusing experience lays its metaphors out in obvious fantasy allusion. It also highlights the hidden messages within many of your favorite children’s stories. 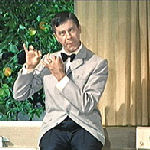 Jerry Lewis turns this popular fable on its head by switching genders and adding his usual amount of physical shtick. As Fella, he is put upon by his nasty stepbrothers and horrible stepmother. When his fairy godfather (a hilarious Ed Wynn) grants him the opportunity to attend the Royal Princess’ ball, he goes from schlub to swan with laugh-filled results. While Lewis clearly made this movie for the Saturday matinee crowd (read: children), there is a real adult emotion here as well. 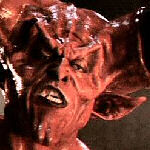 Many a fairy tale is based in the simplistic subtext of good vs. evil. In this film, Tom Cruise and Mia Sara are woodland dwellers who must take on Tim Curry’s Darkness as he tries to rid the world of light forever. Ridley Scott transports us to a place of magical creatures, mystical beliefs, and amazing practical F/X. To this day, Rob Bottin’s brilliant makeup for Curry’s demonic being remains a classic of the medium’s artform. Scott maintains a sense of whimsy and wonder throughout. 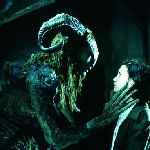 Guillermo Del Toro has made an entire career of adapting the finer elements of the fairy tale into his often melodramatic horror-tinged efforts. In this case, he beautifully blends folklore with the rise of unrest during the Spanish Civil War. A little girl, whose mother is married to a despotic military officer, gets lost in fantasy as she tries to save herself and her newborn brother from being “swallowed up” by the evil around her. The combination of politics and the ephemeral is pure movie magic.

#5 – The City of Lost Children 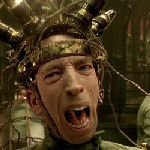 Sometimes, an adaptation doesn’t have an actual story to draw from. In these cases, fairy tales are the inspiration, not the source. In this stunning film by French filmmakers Jean-Pierre Jeunet and Marc Caro, a mad scientist kidnaps children and uses their dreams to keep himself alive. Ron Perlman is a circus giant who teams up with an orphan girl to save these half-pint hostages, which now includes his little brother. Visionary and elegant, it defies easy description but offers effortless delights. 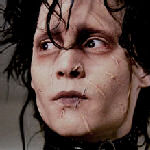 Tim Burton has always dwelled in the arena of fantasy and the unreal. Here, he crafts his own gentle fable about an abandoned robot boy whose inventor forgot to fit him with hands. Instead, he has a series of knives and other cutting implements in place of fingers, rendering him unable to get close to people. When he becomes part of a superficial suburban setting, Edward (Johnny Depp) goes from outcast to outlaw, driven from the life he never asked for in the first place. A sad masterpiece. 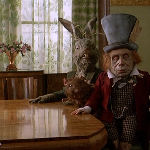 The tale of Alice in Wonderland has been adapted many times since it was published in 1865, but few have found a way to successfully deconstruct it as well as put its creation in personal and historical context like writer Dennis Potter. Using the real life story of Lewis Carroll’s inspiration and the notoriety that accompanied the book, we dig deep into the narrative’s psychological strategies, revealing more about all involved than any flight of fancy can or could. 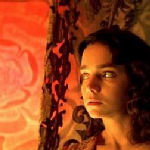 Dario Argento’s masterpiece of modern suspense is really nothing more than a fairy tale forced into a bloody gore dynamic. A young girl travels to Europe to study ballet. She ends up in a massive estate where horrible things keep happening. Turns out, the place is a hideout for witches hellbent on recruiting the students for their Satanic aims. With its bold use of color and combination of suggestion and splatter, as well as our heroine’s last-act defiance against evil, we have the typical fable, flawlessly updated.

#1- The Adventures of Baron Munchausen 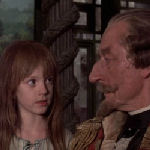 Terry Gilliam’s adaptation of an old German folktale is treated like a feast for the eyes while drawing on elements from his Monty Python past. The title character is a consummate liar, his legendary “adventures” pulled off with a stunning amount of imagination as he travels from the battlefield to the depths of a volcano, all to collect his various man-servants. There are subtexts centering on growing old and accepting your age involved as well, but with Gilliam’s gift for imagery, it’s the visuals that astound.