The 10 Best Extended Editions/ Director’s Cuts of All Time
By: Bill Gibron

Before the introduction of home video, you never really heard of such things as a “Director’s Cut” or an “Extended Edition.” Studios owned their individual product and, prior to making it available to anyone with a VCR, they delivered it the way they wanted. When the bottom line (and Criterion) proved that consumers would enjoy seeing movies the way their makers “originally intended,” or with their excessive gore and gratuity restored, the floodgates were opened. Now, every movie apparently has an unrated, or uncensored, or unnecessary extension of its former facets. That said, many such releases are actually superior to the original movies. Here are 10 of the best Extended Editions/Director’s Cuts of feature films ever made. While there are dozens more, these do the best job of defining the idea, and proving the end result. 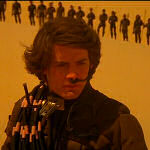 David Lynch has disavowed this longer, more in-depth “director’s cut” since it was created without his approval (that’s why you see the standard “Alan Smithee” credit whenever it’s screened). It also represents a sour moment in his otherwise stellar career. Still, for our money, this the more complete and understandable vision of Dune. It offers additional backstory and character development while explaining much of Frank Herbert’s Messianic mythos. Until someone actually tackles this property properly, this is the version we’ll be watching.

James Cameron is like that guy who drew pictures of sci-fi things in middle school. He constantly fills his cinematic page with more material than his movie can hold. In Aliens, he had to drop the entire Sigourney Weaver/Ripley mother complex. Here, he excised the underwater extraterrestrial’s motives —  i.e., their disgust with humanity and their desire to drown them all in massive tidal waves. Without the ET angle explanation, the film still functions. With it, the last hour has a lot more power. 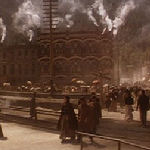 As one of the most reviled films of the last 40 years, it’s interesting to see the critical re-evaluation of the ambitious dud that cost Oscar winner Michael Cimino his career, a few studio heads their jobs, and an entire company its cinematic brand. Upon initial release, the revisionist Western was savaged by the press. Massive cuts were made, leaving much of the narrative incoherent. Now, thanks to a new extended take, the film is finding favor, even among those who hated it the first time around. 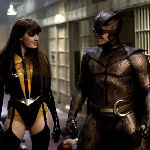 Warner Brothers was worried when Zack Snyder delivered his masterful take on Alan Moore’s deconstruction of the entire superhero genre. The company thought the inclusion of the animated “Tales of the Black Freighter” subplot was unnecessary, so out it went (yet they let the interstellar squid stay in — go figure). Anyway, fans were flummoxed about the exclusion, only to have their faith restored when the footage appeared in the later director’s cut. Suddenly, the Watchmen they had always wanted was present and (mostly) accounted for. 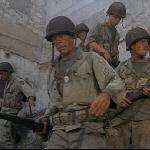 Sam Fuller was a firebrand pain in Hollywood’s backside. Still, early on in his career, the studios were interested in his experiences during World War II. The resulting film became an albatross around Fuller’s neck. While praised by many, it failed to represent his vision of the combat-based Pilgrim’s Progress. Sadly, Fuller never got to see the completion of his original film. Restored after his death,  many now call the “director’s cut” one of the greatest war movies of all time. 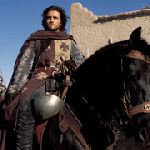 Ridley Scott, like Cameron before, can’t seem to get a movie into theaters without cuts that drastically undermine his narrative’s effectiveness (wonder what the extended version of The Counselor will look like). Anyway, when he released a truncated version of this tale of The Crusades to theaters, audiences and critics were confused. There was great action, but little else. Turns out, the studio demanded he remove much of the heft from the film, reducing it to spectacle only. The returned footage argues for an real epic, not an excuse. 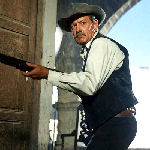 Sam Peckinpah’s brutal, bloody Western was so shocking to viewers in the late ’60s that it’s no surprise that it eventually came out severely edited, yet oddly enough, only smaller character moments were removed while the controversial splatter remained more or less intact. The director hated having to make these changes, and it skewed the rest of his career. Revived in the 1990s to thunderous ovation, this new version completes Peckinpah’s purpose, arguing for a movie that had much more going for it than shoot-outs and gore. 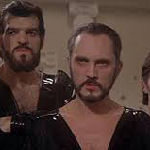 Richard Donner, hired to make the first feature-length live-action film of the beloved Man of Steel, was actually supposed to make a two-part, two-film experience out of it. Instead, Marlon Brando’s back-end deal ruined such plans with producers unwilling to pay the star. With 80 percent of the sequel completed, Donner was eventually replaced by Richard Lester who turned something serious into something comical. It wasn’t until 2006 that a home video release allowed fans to see Donner’s different, and, some say, definitive cut. 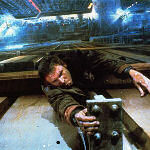 Ridley Scott again, and this one is a question of less, not more. When it hit theaters in 1982, the fascinating future-shock tale had a voice-over narration courtesy of star Harrison Ford and a “happy” ending which alluded to the fact that Rachel the replicant had no built in “termination date.” Scott removed both, creating the version the fanboys now love, though one does have to note that, since its initial test screening, there have been seven different variations of the film released. 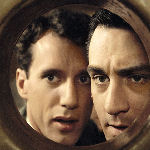 Sergio Leone devoted the last years of his life to this movie, and it’s a shame how Hollywood treated it. Believing the four-hour epic was too difficult and dark (the movie is told in a non-linear style, incorporating flashbacks and dreams), they took the film away from him and cut it into an incomprehensible 90-minute abomination. Sure, it offered up the story in chronological order, but it destroyed everything else Leone was going for. Only now are we getting a chance to see the late-great’s original ideas for this mob masterpiece.