Sometimes, it’s sex that sells the thrills. In other cases, it’s the suspense that’s augmented by the sensual. Whatever the case, the erotic thriller used to be an ’80s and ’90s direct to home video cosntant, a way to see something scandalous outside of Cinemax on a late Friday or Saturday evening. While finding its foundation in the exploitation era, the modern version takes its corporeal complications to “the extreme.” With the most recent attempt to meld softcore with storytelling breaking box office records this past weekend (that’s the mind-numbing “international phenomenon” 50 Shades of Grey), we thought we’d come up with a list of 10 films that actually do a go job of using fornication (and other fetishes) to “flesh out” their cinematic edge of your seat strategies. Any one of these is better than the boredom that Christian Grey and Ana Steele generate onscreen. 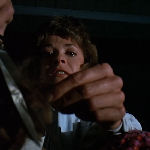 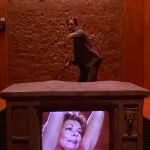 This is the massive motion picture hit which reignited the genre and made a star out of Sharon Stone and her… acting. Anyway, Michael Douglas is a dirty cop looking into the death of an aging rock star. Stone is the last person he was “with,” and to make matters even more mysterious, she’s an author whose books mimic the “crimes” she’s often accused of. Together, they take torrid, hard-R, MPAA-approved copulation to ridiculous, softcore heights. Thirty years ago, this was high class “adult” moviemaking. Today, it’s unintentionally hilarious trash. 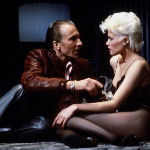 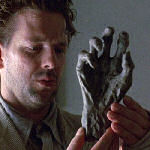 One of the most controversial movies ever released seems pale in comparison to today’s “anything goes onscreen” mentality. The big problem was a mid-narrative moment when stars Mickey Rourke (as a gloomy gumshoe) and then Cosby Kid Lisa Bonet (as a voodoo priestess) knock boots while slowly being covered in a rainstorm… of blood! The MPAA had a fit, pundits flapped their lips, and several overlooked Alan Parker’s excellent reworking of the Faust conceit. Today, the film is more memorable for its look and feel than for its fornication. 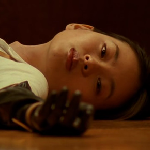 Japanese agent provocateur Takashi Miike took the story of a widower’s desire to re-enter the dating scene (granted, in a rather surreal way) and turned it into the best rebuff of the whole Basic Instinct/Fatal Attraction film genre ever. In this case, the woman who winds up “auditioning” for the role of girlfriend is actually an unhinged honey with murder on her mind. Her eventual capture and torture of our limp Mr. Lonely Heart only adds fuel to the fire against such odd courtships. 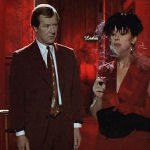 Another MPAA-based scandal, though it wasn’t necessarily because of the sex. Indeed, when our horrible villain, the second subject in the title, gets his home-cooked comeuppance, it’s the steaming platter of “long pig” that gave authorities pause. The rest of the movie is a combination political/cultural rant and a nude Helen Mirren getting it on among the food stuffs. Once deciphered, the allegorical elements of Peter Greenaway’s masterpiece are insightful. The overall art direction and costume design (by famed designer Jean-Paul Gaultier) add to the tension. 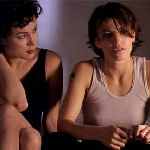 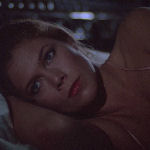 When she walked onscreen as Matty Walker in Lawrence Kasdan’s ode to the old fashioned murder mystery, no one had ever seen anyone sexier or more sinister than Kathleen Turner. Even now, some 34 years after she sent shivers down the spine of the international film community, the actress’s look and work in this film is above reproach. With William Hurt as the sap who she manipulates into taking the fall for her femme fatale failings, this is the movie that reintroduced outrageous sexiness back into the genre. 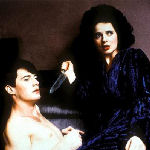 When one discusses this film, they almost always forget that the main gist of the narrative revolves around Frank Booth (a brilliant Dennis Hopper) and his slimy sexual fetish. It’s the reason he has kidnapped lounge singer Dorothy Vallens’ (Isabella Rossellini) husband and son. If she doesn’t give into his depraved desires, he will hurt them (and that missing ear Kyle Maclachlan finds is proof of this). While the rest of the narrative is a twisty, kinky whodunit, it’s the sex that sets up the thrills.