The 10 Best Coming-of-Age Films of All Time
By: Bill Gibron

We all look back fondly on our youth, avoiding the troubles and tests to see only a shimmering, rose-colored light. We value nostalgia more than we validate it, attempting to prove that everything that happened was either important to the formation of our personality or part of the reason why we became who we are. But the truth is, more than a rite of passage, coming-of-age is that universal moment when we suddenly discover that we will eventually be on our own, without our parents or a part in their dwindling life designs. So, naturally, Hollywood has handed us many fascinating examples of what it’s like to grow up and move on. With recent offering like The Kings of Summer and The Spectacular Now highlighting its continuing appeal, we offer up our selections for the 10 best coming-of-age films of all time. Almost all are classic. All are clever in the way they mix both the joy and the jaundiced, the pleasantries with the problematic. 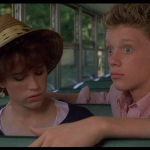 As the first of John Hughes amazing popular high school comedies, this story of a young girl dealing and competing with her sister’s wedding, her parent’s cluelessness, and the resident nerd’s obsession, is a sweet, heartwarming, and frequently funny trip. Anyone who remembers their awkward adolescence and the numerous issues revolving around it will instantly fall in love with Molly Ringwald, Anthony Michael Hall, and the PC-inappropriate shenanigans of Gedde Watanabe as Eastern exchange student Long Duk Dong. 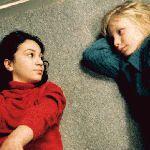 Bullying and its often-complicated response has never been better exemplified than in this amazing Swedish horror reimagining. While the U.S. take is equally effective, this story of a sad little boy, his defiantly dysfunctional family, and his burgeoning friendship with another problematic pre-adolescent… who just happens to be a vampire… is better. Don’t think Twilight, however. This is a violent, no holds barred effort which casts the various terrors of growing up as part of an actual fright flick dilemma. 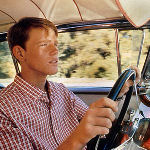 Believe it or not, there is more to George Lucas than robots, aliens, and a battle for a galaxy far, far away. As part of the predominant post-modern movement of the ’70s, Darth’s daddy delivered this amazing slice of seminal nostalgia, an argument for the innocence of the ’50s wrapped in a desperate need for the oncoming change of the ’60s. Featuring an all star cast — Ron Howard, Cindy Williams, Richard Dreyfuss — and period piece precision, it’s an oft-forgotten Lucas classic. 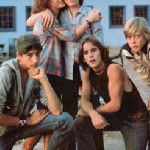 Troubled youth had their own say in a film racked with the kind of satiric slams on suburbia that the final days of the ’70s desperately needed. Here, a group of kids living in a cul-de-sac community decide they’ve had enough (especially with their parents) and go on a rampage of mindless mayhem and violence. Unfairly castigated at the time of its release as a primer for anyone interested in such aggressive anarchy, it’s now merely a snapshot of some frightening things to come.

#6 – Welcome to the Dollhouse 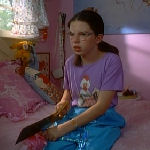 Leave it to Todd Solondz to explore the awful underbelly of growing up geek. Heather Matarazzo is amazing as little Dawn Wiener, a child with an unfortunate last name, thick horn-rimmed glasses, and an undeniable ache for the lead singer in her dorky brother’s garage band. She also becomes the target of some highly sexualized abuse from a young tough named Brandon. As disturbing as it is direct, Solondz makes it clear that, sometimes, the maturation process can be hell. It sure is here. 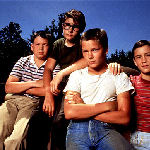 The last line of this adaptation of the Stephen King novella says it all — none of us have friends now like the ones we had when we were twelve. In this case, a quartet of best buds go out to find the dead body of a missing young boy. Along the way, director Rob Reiner infuses his film with a kind of universal appeal that makes it feel like we’re watching our own past unspooling across the screen. It’s a sad, highly sentimental experience. 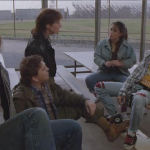 Based on the true story of a young man who murdered his girlfriend and then bragged about it to his friends, this misunderstood masterpiece is both a cautionary tale and a true work of genius. By showing how shallow and alienated these kids are (they even go out to see the body — and then do nothing else about it) without resorting to Larry Clark-levels of exploitation, the results mark the moment when cinema recognized the growing disenchantment in their prime demographic. 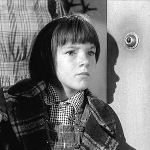 While the main thread of both the novel and this stunning adaptation is race relations in the still-Old South, the main thematic context sees little Scout Finch discovering the various perils (and misperceptions) of the adult world. For the entire Boo Radley subplot alone the movie makes its point, particularly that, on occasion, things are never quite what they seem. Add in the trial that pits prejudice against enlightenment and you have a life lesson we all can learn from. 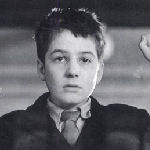 There is perhaps no better single example of what a coming-of-age story should be like than this amazing film from French New Wave auteur François Truffaut. Semi-autobiographic and filled with the kind of details and nuances that only a mirror of real life can bring, the story of misunderstood 12-year-old Antoine Doinel (Jean-Pierre Léaud) represents an astounding argument for defying authority, discovering yourself, and finding the path toward freedom from both. The last shot symbolizes everything the film has been forwarding. 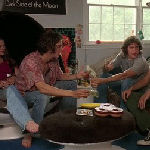 It’s the last day of school, 1976. Seniors are out to haze the incoming freshman while everyone else is just worried about the alternative three ‘R’s to being a Me Decade teen – R-sex, R-drugs, and R-rock ‘n’ roll. Richard Linklater uses his own memories of growing up in Texas to reflect on a time when life wasn’t so fast and growing up was more mellow. Sure, marijuana and halter tops helped diffuse the sense of urgency, but within the various vices was a kind of liberation, and limitation.