They say that all actors want to be rock stars, and vice versa. There’s also an adage that argues that behind every smiling, comical face is an untold sadness and a wealth of tears. Perhaps this is why your typical funnyman (or woman) of the moment tends to gravitate toward the dramatic whenever they feel a need to boost their sometimes sagging fortunes. For example, this past year we saw Steve Carell don a fake nose and upper crust attitude in Foxcatcher. Similarly, Michael Keaton turned his stint as Batman into the basis for his work in the excellent Birdman. Now, Adam Sandler (who’s succeeded at least once before) is back with The Cobbler, though there are fantasy elements inherent in the story that serve his nutjob nuances. With this in mind, here are a few other examples of when comedians turned serious, with each one proving there is gravitas in even the most goofy persona. 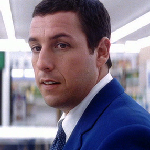 While he’s always tried to expand his repertoire into drama (Reign Over Me; Men, Women, and Children), Sandler’s first foray into the serious remains his best. Of course, it helps to have Paul Thomas Anderson pulling the strings behind the scenes, but the former SNL-er (and Remote Control‘s “Studboy”) surpasses expectations as a novelty items entrepreneur who runs into trouble with a phone sex line while finally finding love with an intriguing young woman (Emily Watson). Sandler’s terrific. Too bad it’s such a resume rarity. 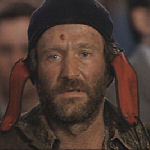 While he earned an Oscar for playing a sympathetic shrink in Good Will Hunting, motor-mouthed madman Robin Williams should have already had one for playing Terry Gilliam’s modern-day Don Quixote to Jeff Bridges’ Sancho Panza in this sensational, surreal drama. When we learn his character’s secret, the craziness on display turns from insanity to sadness, and we soon become acutely aware that there may not be a “cure” for what ails his character’s aching heart. While festooned with humor, this is Williams at his heartbreaking best. 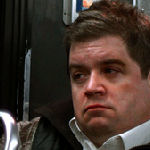 With his heady, stream-of-consciousness bits and proto-nerd knowledge, no one stalks a stage better than Oswalt. Even when he’s working way outside his element, like here (or in Pixar’s near-perfect Ratatouille), his sad sack demeanor adds depth to his otherwise obvious talents. As the self-proclaimed greatest New York Giants supporter ever, the fierce fireplug turns something relatively thankless into a memorable artistic benchmark. While he’s done other dramatic work, this is the best, a lead that lets all facets of Oswalt’s unique persona shine through. 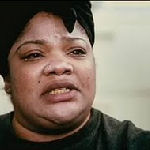 Few stand-ups have been as successful at completely rewriting their reputation and audience perspective as this curvy comedienne. While the role of Precious’ angry and abusive mother could have easily been nothing more than a cruel cartoon, Mo’Nique added her own cultural conceits to the mix, turning the one dimensional tyrant into someone we find a minor amount of sympathy for. It doesn’t make up for the horrors she inflicts on her daughter, but instead of an all-out monster, the Academy Award winner found layers to legitimize the rage. 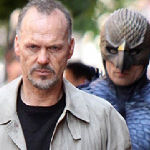 Let’s face it — Michael Keaton was robbed. While Eddie Redmayne had all the Stephen Hawking mannerisms down pat, he did little except look like the famed physicist. Keaton, on the other hand, took his time post-Batman and channeled it into a career redefining role as a struggling former superstar desperate to leave his superhero past behind and be taken seriously as an actor. In every scene, in every line of dialogue, Keaton burns with an intensity few in his position can match. He should have the Oscar instead. 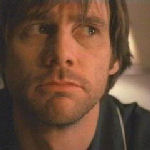 Some may prefer his efforts in Peter Weir’s before-its-time reality TV spoof The Truman Show. But check out Carrey’s work in this romantic drama with satisfying sci-fi overtones. After meeting Kate Winslet and learning they had a previous relationship that neither can recall, he undergoes a procedure to erase his memories of his former love. The result is psycho-sexual synergy mixed with Michel Gondry’s visual aplomb and Charlie Kaufman’s Oscar winning ideas. A true tour de force for an otherwise gifted goofball. 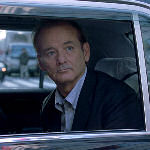 Few remember that Bill Murray balked at being in Ghostbusters unless Columbia agreed to bankroll his dramatic vanity project, The Razor’s Edge. Now, decades later, the famed comedian has earned his serious stripes, especially in this role. He plays an aging American movie star in Tokyo to film a whiskey commercial. There, he befriends the girlfriend (Scarlett Johannson) of a famous photographer who is unsure of their relationship. Their bond, and Murray’s amazing turn, anchor writer/director Sofia Coppola’s compelling look at one man’s midlife crisis. 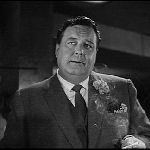 “The Great One” always fancied himself more than a jolly, roly-poly fool, but few within the industry gave him a chance to show his serious side. Luckily, he was perfect to play the role of pool ace Minnesota Fats in this legendary early ’60s film. Alongside Paul Newman, Gleason more than held his own, turning the dashing, debonair hustler into one of the most menacing characters of his entire career. His performance earned him an Oscar nomination, as well as more roles showcasing his incredible range. 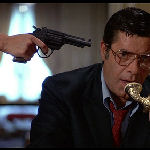 Many know him for his silly slapstick masterworks. Others recall his stint as a Labor Day fixture shilling for MDA. But if you really want to see the Jerry behind the jester, this amazing Martin Scorsese film is the perfect place to start. Here, Lewis plays an egomaniacal talk show host stalked by Robert DeNiro’s misguided “fan.” The two clash with performance perfection. While there is some humor to the role, there’s also a fair amount of paranoia and hate. Always a formidable funnyman, he’s truly frightening here. 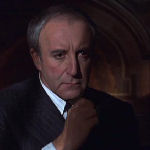 Born into a family of variety entertainers, young Peter Sellers soon became a British icon for this work on the Monty Python precursor The Goon Show. When he made the jump to film, he stuck mostly with comedic roles. For his second to last performance on the big screen, however (he died before The Fiendish Plot of Dr. Fu Manchu could be released), Sellers played a simpleton who inexplicably becomes a confidant to Washington D.C.’s rich and powerful. It remains his most compelling, complete acting work ever.