They’ve been a part of our cinematic culture since the invention of the medium. Meek little Stan Laurel put up with the blatant bullying of Oliver Hardy, while Burns and Allen went from vaudeville to the big screen. Jack Benny had to tolerate Fred Allen, while Bob Hope and Bing Crosby headed out on the road to regular box office success. There was Abbott and Costello, Leroy and Skillet, and such modern faves as Cheech and Chong and Beavis and Butt-head. Within such an entertainment foundation, the buddy comedy was born. Built from the double act and expanded thanks to numerous creative reconfigurations, the results always argued for a laugh filled good time. Below are our picks for the 10 best buddy comedies ever, each one using the traditional twofer to explore both farce and friendship, the outrageous and the ordinary. 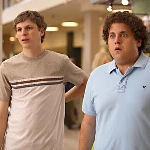 Take the teen comedy, merge it with a decidedly buddy dynamic, and then lace the entire thing with a dose of Judd Apatow dick jokes and you have one of the funniest films of the new millennium. Jonah Hill and Michael Cera are the personification of the entire genre, the tall skinny square putting up with his pudgy, portly buddy, the duo doing their best to deflect their sad social status off each other. The end result is as poignant as it is prurient. 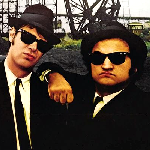 John Belushi and Dan Aykroyd were already BFFs when they hit the stage at Saturday Night Live. Collaborating on various characters, they hit upon a mutual appreciation of blues to create what was first seen as a spoof of the musical genre. Then they turned their talents toward the big screen and created one of the greatest chaotic car crash comedies of all time. Jake and Elwood may be orphans attempting to save their school from destruction, but everything else here is pure buddy bedlam. 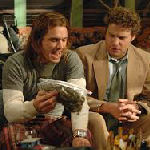 Seth Rogen, part of the team responsible for the #10 choice on this list, paired up with Freaks and Geeks pal James Franco to create one of the most unusual buddy pics ever. The first half of the film plays like thirty-something Superbad, with the pair smoking dope and discussing same. Then the crime element of the plot kicks in, and suddenly we are smack dab in the middle of a Lethal Weapon-style caper, complete with one liners and relatively efficient butt-kicking from our stoner buds. 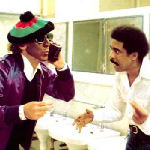 This is the movie where acting ace Gene Wilder first met stand-up legend Richard Pryor, with their clear cut chemistry leading to three more films together. While some prefer Stir Crazy (though few are clamoring for See No Evil, Hear No Evil or Another You), this is the movie which maximized the duo’s inherent appeal, letting them excel both independently and together instead of as a flawed farcical package. Their scene in the bathroom, Pryor trying to teach Wilder how to be “black,” is absolutely amazing. 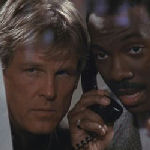 Otherwise known as the movie which made Eddie Murphy a superstar. Walter Hill’s intense directing was an excellent buffer from the fledgling SNLer’s motor-mouthed skills, the filmmaker grounding his untested talent’s frequent curse word-filled free-for-alls into situations that complemented it. Even in the action/thriller elements, Murphy was fantastic. By the end, the neophyte could write his own ticket in Tinseltown, Nick Nolte was seen as bankable, and the buddy comedy has since been given a grittier, more gratuitous game plan. 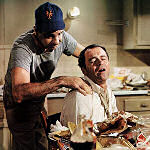 Neil Simon’s hit Broadway play was brought to the big screen sans one of its main stars (Jack Lemmon replaced Art Carney, who originated the role of Felix onstage) but with its boundary-pushing material intact. Indeed, few felt a film about two divorced men and their various romantic and interpersonal foibles would find the kind of favor the stage version did. But it was a hit and proved that the previous pairing of Walter Matthau and Jack Lemmon (The Fortune Cookie) was no fluke. 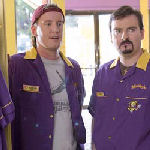 Twelve years after he splashed upon the indie scene with his DIY comedy about lowly service industry slackers, Kevin Smith returned to the travails of best pals Randal Graves (Jeff Anderson) and Dante Hicks (Dante O’Halloran) as they face a kind of mid-life crisis. One doesn’t want to grow up. The other doesn’t want to get married. Together, they fight maturing with a kind of wit and crude wisdom that can only come from Smith’s snide pen. It’s both nostalgic and knowing. 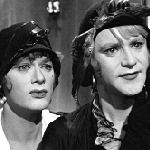 Billy Wilder remains one of the legends of Golden Era Hollywood and this is one of his very, very best. Jack Lemmon and Tony Curtis are two musicians who witness the famous St. Valentine’s gangland massacre. Hoping to escape capture by the guilty thugs, they dress up in drag and join an all girl band (which includes Marilyn Monroe). One of the greatest films of all time, highlights including Curtis doing a decent Cary Grant impersonation and Lemmon as the object of Joe E. Brown’s misguided affections. 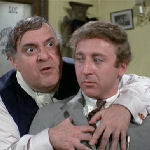 Forget the flawed musical version of this Mel Brooks’ masterpiece. (No, really forget it.) The former TV writer and all around wit won an Oscar for his screenplay featuring a down on his luck Broadway producer (a brilliant Zero Mostel) luring a naive accountant (the equally amazing Gene Wilder) into a scheme to steal money via a massive stage flop. Their idea? A musical comedy based on Hitler. Without a doubt, the pairing of Mostel and Wilder was the work of some kind of mad genius. The film is as well. 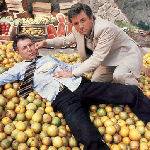 Not the crappy Michael Douglas/Albert Brooks remake. No, we’re talking about the original, sidesplitting effort by comedic recluse Andrew Bergman. His script, directed by Arthur Hiller and starring Alan Arkin and Peter Falk, is the stuff of legend, so consistently inventive and undeniably hilarious that it still elicits hushed respect (and split sides) some 35 years later. When a lowly dentist meets the manic father of his daughter’s future husband, more than hijinx ensue. In fact, this duo turns a festive weekend into an international incident. Serpentine!