The 10 Best Based-on-a-True-Story Films of All Time
By: Bill Gibron

Call this the non-crime edition of this particular category. Previously, we highlighted 10 films that took actual incidents out of the real life criminal files of history, and others, and celebrated their desire to dramatize the truth. This time around, we are following a similar premise but leaving death, destruction, and deviousness out of the mix — or at least, we’re trying to. Scandal and spectacle tend to drive such based on real event efforts, but there’s also such subsections as biopics and docudramas to consider. As a result, we’ve come up with a complementary list, a look at the 10 best “based on a true story” films of all time. There may be a bit of mischief mentioned in some of these movies, but for the most part, we are looking at fictionalized fact… and as always, it’s fascinating. 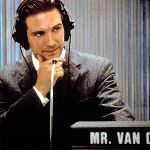 The game show scandal of the ’50s always seemed like superb subject matter for a movie, but it took living legend Robert Redford to deliver a film worthy of the disgrace. Networks used to rig these contests in order to increase audience awareness and viewership, and no case was more creative or callous than the one involving Twenty One. With excellent performances from Ralph Fiennes, John Turturro, and David Paymer, the boob tube was beat up but good by the time Redford was done with his dissection. 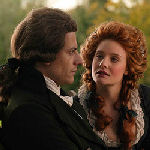 Few saw this remarkable movie, the story of perhaps the most recognizable hymn in all of organized religion. But there is more this tale than a song. Indeed, director Michael Apted focuses not only on John Newton, his conversion, and his calling to write the poem that became the basis for the tune, but on William Wilberforce, a British noble who was instrumental in seeing anti-slave trade legislation make it through Parliament. Their combined stories, and how they interrelate, are a true inspiration. 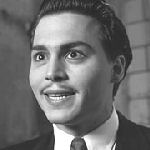 OK, OK, so it’s less than realistic. Wood was not some jovial goof with a dream to make movies. By all accounts, he was a bit of a twisted pervert who enjoyed dressing up in ladies clothing and drinking to excess more than making competent motion pictures. Still, thanks to director Tim Burton and frequent collaborator Johnny Depp, we get the foundation for every unknown wannabe’s desire to create. Featuring another true fallen idol, Bela Lugosi, it’s a cautionary example about fame and its fleeting nature. 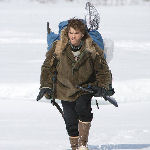 In 1990, Christopher McCandless graduates with honors from Emory University. Within months, he’s destroyed his identity, given away all his worldly possessions, and is headed off on a cross country trip to experience the wilderness. Two years later his body is discovered in an abandoned school bus in the Alaskan frontier. This journey, from child of privilege to victim of ambition, forms the basis of Sean Penn’s brilliant movie. By focusing on the reasons why McCandless wanted to “escape,” we get more than a mere tale of survival. 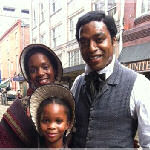 This soon-to-be modern classic does something that few films about slavery do. It allows us to witness the wrongs endured by the men and women unfairly indentured and the total lack of caring by those doing the deeds. In fact, Steve McQueen’s masterpiece may be more about the mindset than the miseries these human beings had to endure. All the more troubling is the reality that this is all based on the memoirs of a free man, kidnapped and illegally claimed as chattel, to be bought and sold at will. 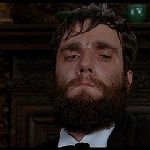 The famed Irish poet and writer Christie Brown was born with cerebral palsy. He could only write or draw with his title appendage. As the basis for Jim Sheridan’s bracing overview of his upbringing and career, we get insights into the hardships brought about by his condition, as well as the triumphs experienced by both Brown and his devoted family. For his work in the movie, Daniel Day-Lewis one the first of his three Best Actor Oscars. Sadly, Brown died young, at age 49. 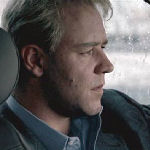 It’s Michael Mann telling the story of how 60 Minutes was pressured by Big Tobacco into dropping the story on whistleblower Dr. Jeffrey Wigand (a terrific Russell Crowe), much to the chagrin of the segment’s seasoned producer, Lowell Bergman (an equally excellent Al Pacino). With a cast that includes Christopher Plummer as CBS News’ Mike Wallace and a ripped-from-the-headlines narrative, this true-life tale of industrial espionage, journalistic ethics, corporate kowtowing, and broadcast bullying remains a solid, stirring nailbiter. 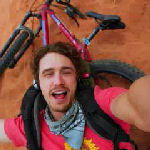 James Franco is often mocked for his Renaissance slacker/stoner persona, but he has never been better than he is in Oscar-winner Danny Boyle’s marvelous adaptation of adventurer Aaron Ralston’s true life battle with death. Trapped in a Utah crevasse, his right arm pinned under a rock and hindering his possible escape, the young man used a pocket knife and a belly full of moxie to amputate his own appendage. While Boyle fills the screen with his mandatory movie flourishes, it’s Franco that really shines. 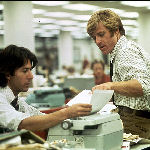 Watergate. The scandal that rocked America and almost brought the Office of the Presidency to its knees. With Robert Redford and Dustin Hoffman as famed Washington Post reporters Bob Woodward and Carl Bernstein, and Jason Robards as their jaded editor in chief, Ben Bradley, this step by step look at how a break-in at Democratic Campaign Headquarters turned into a National tragedy. Alan J. Pakula loaded his film with fascinating performances, giving depth to the often one-dimensional depiction of this scandal. 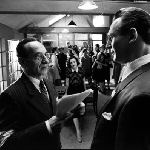 Without a doubt, one of the most important and impactful Holocaust films of all time. Sure, Steven Spielberg was, perhaps, the last person one would expect to make a movie like this, but his attention to detail and decision to focus on a war profiteer turned savior for over 1000 Jews targeted as part of Hitler’s Final Solution ended up being an epiphany. Man’s inhumanity to man has never been rendered as realistically or horrifically as it is here. And sadly, it’s all too true.